Behind the Credits: Sally Bishop, Stunt Double, Let Him Go and Land

In her directorial debut, Land, Robin Wright crafts a powerful emotional story of a woman, Edee Holzer (Wright), who retreats to the wilds of the Rocky Mountains to rediscover her path in life. With the help of a local hunter (Demián Bichir), Edee learns how to survive in the wild and on her own. But it’s an education that comes with more than a few bruises, bear attacks, and blizzards. To soften the blows for Wright, stunt double Sally Bishop was called in. Bishop, who has handled all types of stunt work in both TV and film, is also one of Canada’s most acclaimed trick riders, regularly being featured in rodeos and exhibition shows. Recently, she demonstrated her prodigious skills doing stunt work in Thomas Bezucha’s Let Him Go.

We spoke with Bishop about working on both Land and Let Him Go, why she turned down becoming a lawyer to take up stunt work,  and what she loves most about what she does. 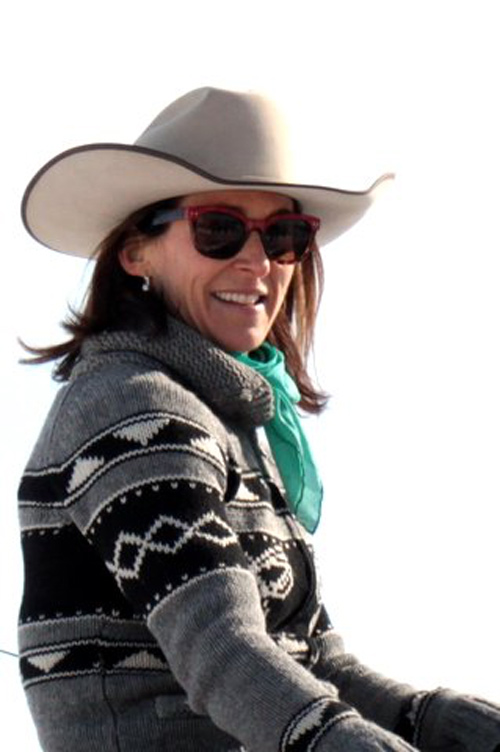 You worked as Robin Wright’s stunt double on Land. How was that?

I had to do a couple of falls, including one off of a cliff. There was a couple of days of cold (very cold) water work. The water scenes were quite challenging. It was fall in the Canadian Rockies. The rivers are glacier fed, so the water was ice cold. As soon as you hit the water, it just takes your breath away. The camera and water safety crew were all wearing dry suits, but the character is dressed in shorts and a t-shirt in the story. It took a couple of days to complete that scene due to the stunt coordinator and water safety folks looking out for me.

What was it like working in the middle of the wilderness?

There were many challenges that came with shooting on a mountain in Canada in late fall—wind storms, blizzards, and bear encounters. In fact, one day a bear tried to break into the catering truck while the ladies were inside screaming and banging pots and pans. I wasn't there, but I did see a video of it.

What sort of work did you do in Let Him Go?

In Let Him Go, the main thing that I did was a stair fall, doubling Kayli Carter. After I did the fall, the stunt coordinator Steven McMichael told me that Kevin Costner wanted to speak to me. Kevin took my hand and thanked me and told me it was one of the best stunts he had ever seen. That was a real highlight.

I enjoyed working on Let Him Go. It had a nice feel to it in terms of the crew. I think that the tone was set by Kevin Costner being such a professional team player, as well as the director Thomas Bezucha. Some sets can be quite stressful. This was a great reminder that it doesn't have to be that way.

You grew up in a family famous for trick riding. How did you start working in films?

Both of my parents were trick riders, as well as my siblings and my grandfather. I grew up performing in live shows. My father was one of the earliest stunt performers in Toronto for film and television. He then became a head wrangler of animals, wagons, and carriages. My brother, sister, and I grew up wrangling horses and performing the occasional stunt on different sets in Toronto. I had wanted to get a real job but ended up carrying on the tradition. I'm happy with that.

What was your favorite stunt work in a film?

My favorite job was not necessarily the hardest. I recently completed working on Ghostbusters: Afterlife doubling Carrie Coon. I spent several days riding around in the Ecto (the Ghostbusters' car) and I felt like a giddy little kid! I had to pinch myself. 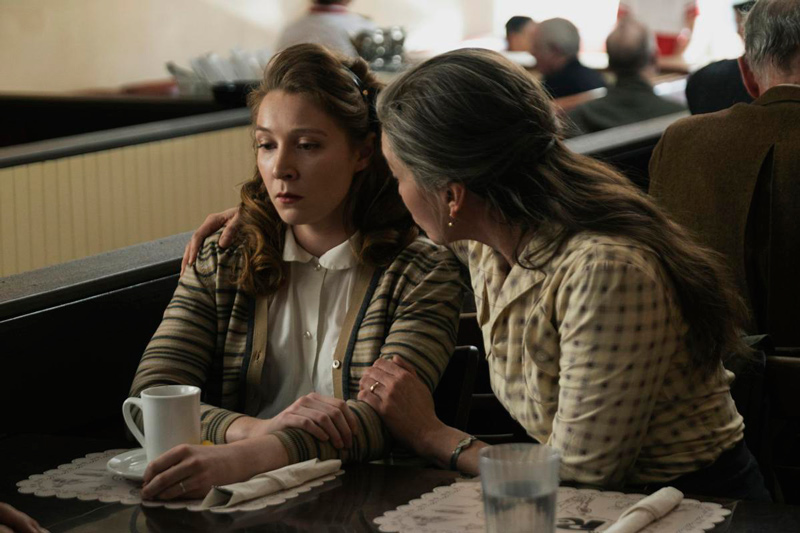 Have you had to do work that you felt was particularly perilous?

There are a couple of stunts that were quite dangerous that I wouldn't really rush to do again. One is "falling" a horse. This is where the horse is trained to rear up and then fall over on you. This is done with timing and technique, of course, but there is still the great possibility of getting badly injured. It worked out, but I was quite nervous.

Are there certain things that you won’t do?

So far there hasn't been anything presented to me that I won't do. There are, however, jobs that I passed on because I didn't think I had the right skill set. Coordinators appreciate that as it is impossible to be good at everything. I would still love to do a Western where the women get to do a bunch of riding. I always had the dream of jumping from a stagecoach onto a team and stopping the team in a dramatic fashion. I could call upon my Roman riding skills. My Dad did that in a show once, and I think it was a dream for him too. We watched a lot of westerns! 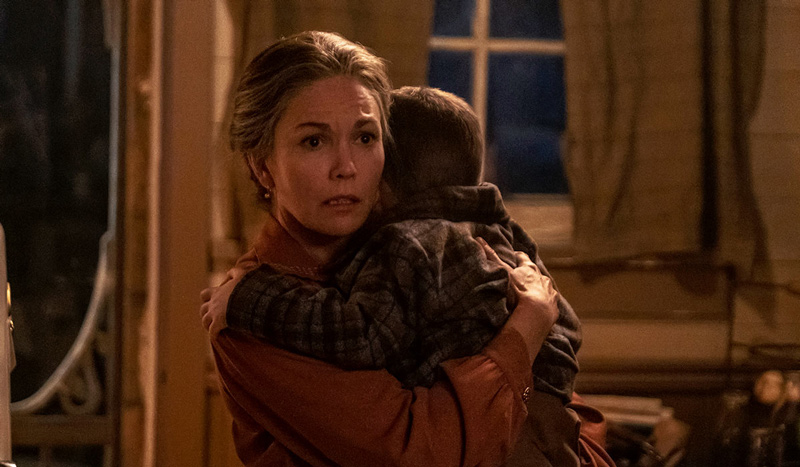 Margaret (Diane Lane) and her young grandson in Let Him Go.

I understand that you originally wanted to be an environmental lawyer?

I graduated with a degree in Environmental Science, applied to law school, got in, and was two weeks from starting when I realized it was not the path that I wanted to go down. I always remember one of my professors, who was a decorated helicopter pilot in Vietnam, saying to me, "Don't be a lawyer. That's so boring. I just don't see you doing that. Do you know how many unhappy lawyers I know?" Anyway, it stuck with me, and I guess I was only doing it to prove that I could.

How does your work as a performing trick rider connect to your career as a stunt double?

I grew up doing live shows such as rodeos and fairs. I think performing in front of a live audience makes you more on your game. In film, you have a few chances to get it right, almost like you are rehearsing the first take or two. A live show is less forgiving. You have to come in sharp every time. At least, that is the plan. I think having that background makes me able to deal well with the adrenaline and stress of being a stunt performer.

What was the first film you saw that made you think you might want to do stunts or riding in the movies?

There are so many Westerns I could name, but I think what really got me interested was when I went to train further in trick riding with a fellow in Las Vegas who had done this spectacular stunt/trick/Roman riding sequence in The Mask of Zorro. His Roman team's names were Black and Blue. I thought it would be pretty cool to be able to combine those skills. 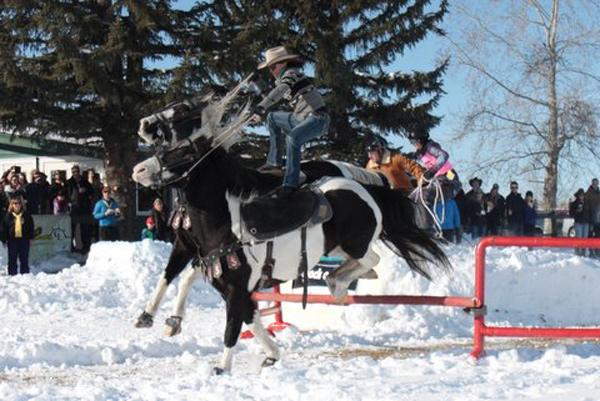 What do you like most about doing stunts in films?

As a lifelong athlete, I get to continue having that challenge of being totally focused and present with all neurons firing in order to complete a physical task under pressure. It's kind of like shooting that jump shot on the buzzer and making it. Hopefully! There are days when it is a love/hate relationship with the pressure. But I think putting yourself out there is somewhat addictive. I also love that there is a performance side to stunts as well as the physicality and movement-required skills.

I recently completed my first short film as a writer and producer. However, if I was to make another, it would be about a day in the life of a stunt woman and some of the many humorous and bizarre moments that occur in the making of a movie!