Meet the man who predicted the weather for English period films

Oscar Wilde famously said, “I don’t desire to change anything in England except the weather.” While the unpredictable cycle of rain, fog, snow, sleet, and occasional sunshine that graces the English countryside may not dampen the spirits of the loyal citizens, it can wreak havoc on large film productions hoping to shoot a summer picnic or stroll to the village. To mediate the uncertainty of the weather, both Autumn de Wilde’s EMMA. and Michael Engler’s Downton Abbey turned to Richard Wild to serve as chief meteorologist. On over 240 film and television shows around the world, Wild has used cutting-edge weather modeling technology to help film productions to keep on schedule. After getting his PhD from the University of Derby in geography/meteorology, Wild has been working for nearly 24 years at Britain’s WeatherNet, where he is their Chief Meteorologist.

We spoke with Wild about how he works with film productions, what the weather phenomena are that he looks out for, and how he ended up in this unique job. 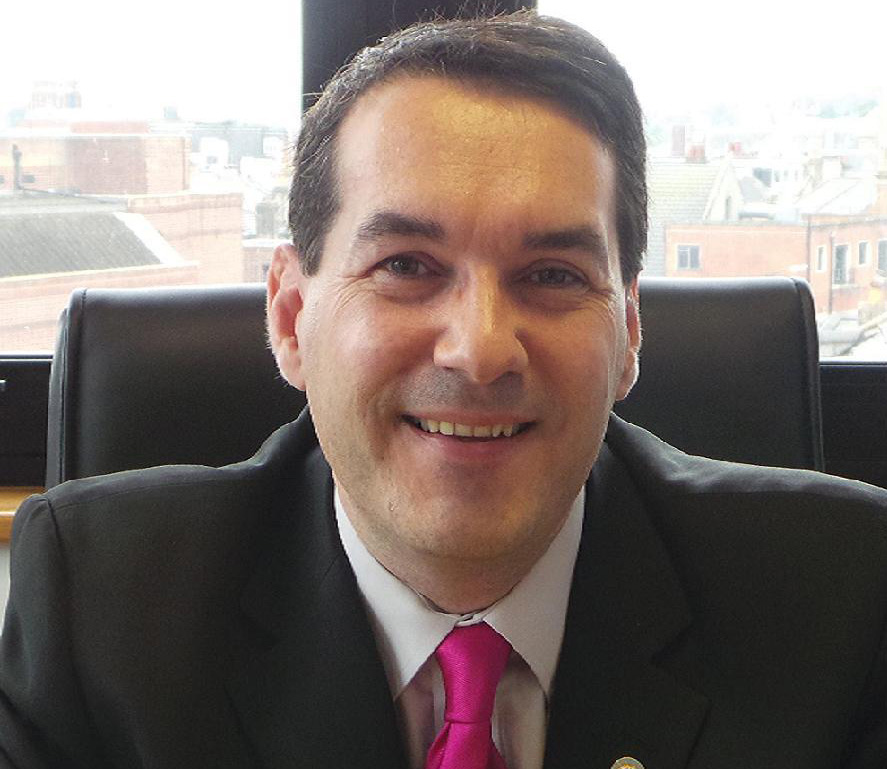 You were chief meteorologist on EMMA. and Downton Abbey. What did you do?

Our company creates weather models that update every six hours and go up to 16 days ahead. A film production will normally request information for one or more days for a specific location, which we will then email them. We provide weather information for the UK, as well as for film locations around the world.

Do you go on film sets?

I've been invited to sets, such as for the Harry Potter and James Bond movies, but just as a courtesy. I don't need to be on a set to do a forecast.

What happens when your forecast is wrong?

As a meteorologist, I am bound by the gods of the atmosphere, so things go wrong. All I can do is apologize. There have been cases where we've said sunshine, and there have been showers, or vice versa. But I think most people are aware this happens.

In addition to sun and rain forecasts, what kind of information do you provide?

A big problem here in the UK is fog, which is very hard to predict when it will occur or when it will clear. Wind is also a major issue, because of stunts and shots involving cranes, which often have limits on wind speeds. Weather is especially important for continuity. I can remember one situation in which a car went in a warehouse when it was sunny, but by the time they were ready to shoot it driving out the other side, it was raining. On one of the Harry Potter film sets, for example, they wanted to shoot when a full moon was present in the sky. Unfortunately, I had to tell them that they couldn't do it. It was going to be cloudy for the three days that the moon was full that month. 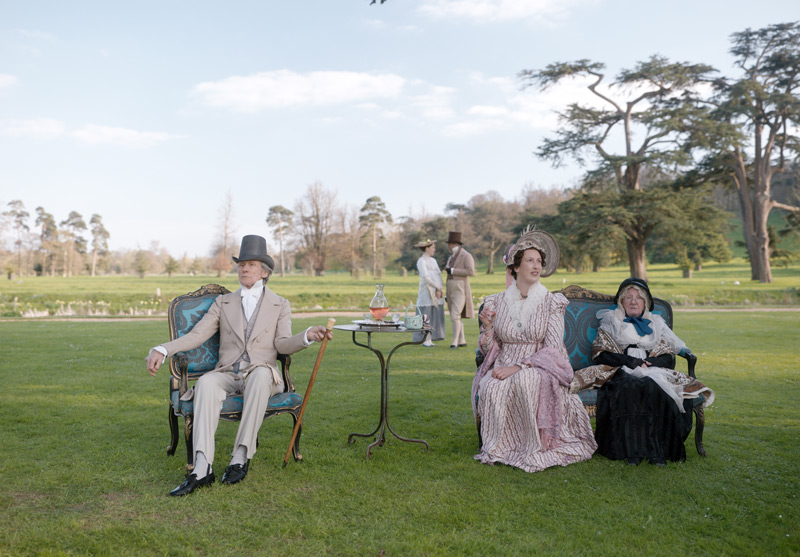 Were there any big weather issues on either Downton Abbey or EMMA.?

Since most of the scenes were interior shots, my actual work was pretty minimal. In films in which most of the action is outside, I end up having a much more significant role.

When you see your name on the end credits, do you feel a sense of pride?

My name doesn't go on all films, but yes, there is a certain pride. It is humbling because you become a part of history. You know your name will always be there, attached to that film.

What did you imagine doing for a living when you were a kid?

As a working-class lad from the north of England, I was fascinated by snow and fog. I wanted to know where they came from and why they could change the landscape. Those interests dovetailed with my other great love, which is geography. When I was seven, there were three things that mattered to me: 1) weather and geography; 2) stamp collecting; 3) watching my beloved Manchester City football team. Forty plus years later all those three still apply. 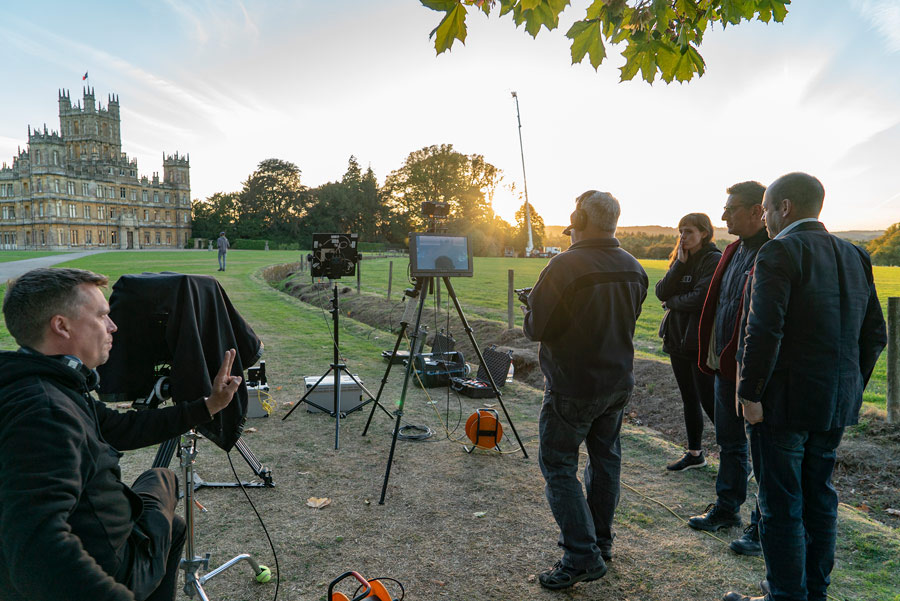 Preparing to shoot Downton Abbey on a clear day

What was your training?

I studied geography at university, for which I did a dissertation on snow that was very well received. The university asked me if I wanted to develop my dissertation into a PhD, which I did. At the time, my future boss told me he was setting up a weather company, so after I finished my graduate work, I started working for him. I’ve been here for the last 24 years. In addition to film work, I do a lot of legal work, being an expert witness in court about weather conditions.

How are meteorologists portrayed in films?

When I think of films like Twister and The Day After Tomorrow, all I can say is that they are not there to portray what a real meteorologist does. They are there to entertain. Sitting in an office looking at models all day isn’t probably that film worthy. I imagine those films need to exaggerate the science a bit to make the story a little more sci-fi.

If you could make a movie, what would it be?

I would probably make something I like to watch, which are usually action-related films. Something like Air Force One or anything with Steven Seagal in it. Something in which someone is killing all the bad guys. Or maybe sci-fi.