After more than two hundred years, Jane Austen remains one of the hottest writers in Hollywood. Directors and screenwriters return again and again to explore and adapt her six novels (and two unfinished works). But directing Austen’s witty comedies of women dealing with romance and real estate has been generally a male-centered occupation. “It is strange to think that a genre that is so influenced by the interests of women haven’t had more female directors,” noted The Digital Fix. “It is with joy then to see the latest Austen adaptation being helmed by Autumn de Wilde.” For Women’s History Month and Focus Features’ 20th year anniversary, we are spotlighting films like EMMA. that not only capture a historic moment but demonstrate the talents of a new generation of women filmmakers. 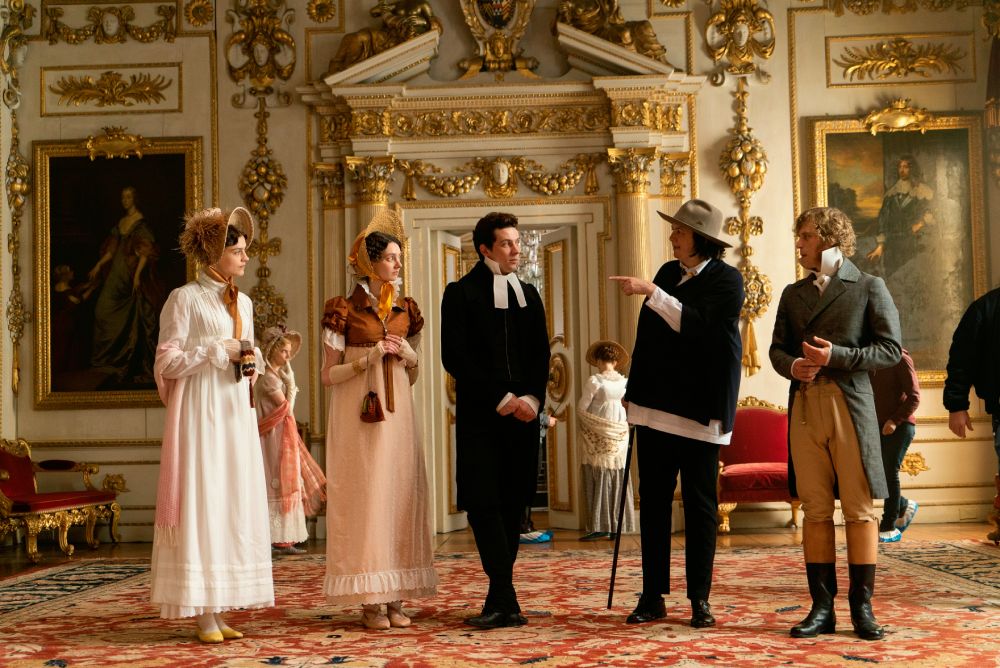 Autumn De Wilde, who trained her eye by crafting strikingly original rock photographs and videos, always had a soft spot for Jane Austen. As a child growing up in Los Angeles with an English mother, de Wilde embraced all things British. “Jane Austen was a part of my world,” De Wilde remembers. When she decided to move into feature films, EMMA. was the perfect vehicle to bring together her many sensibilities and talents. Working with Man Booker Prize winner Eleanor Catton, de Wilde recognized the unique situation they were in. “Hey, is this its first time with a woman director and screenwriter?” de Wilde asked her screenwriter. Working together with a team of talented women artists (composer Isobel Waller-Bridge, costume designer Alexandra Byrne, set decorator Stella Fox, production designer Kave Quinn, and more), the filmmakers crafted an EMMA. with a difference.

Emma Woodhouse, a character as notorious for her verbal vitriol as her magnanimous virtue, is not always the most easy-going character. When first imagining the character, Austen exclaimed that she was creating “a heroine whom no one but myself will much like.” So, while de Wilde pushed to create a candy-colored palette for costumes and interiors that was nothing short of scrumptious, Catton and she decided to keep Emma (Anya Taylor-Joy) as less than sweet. “By letting Emma be unlikeable at times, we can watch her with amusement and want to strangle her at the same time,” explains de Wilde. Catton adds that Emma “is exemplary because she makes mistakes and we all do, and I think a version of feminism which says, ‘Look at this faultless woman, you should be more like her,’ is kind of unhelpful.” 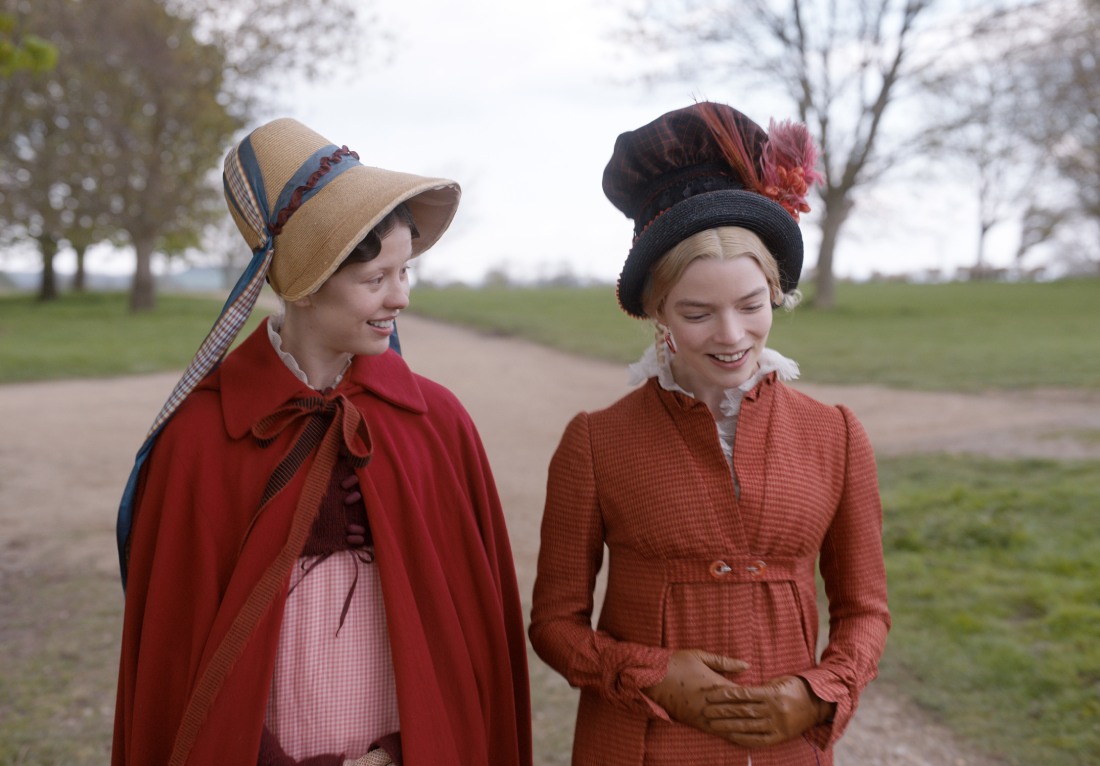 Catton and de Wilde also promoted the importance of female friendship in Emma’s life. All of Austen’s novels center on a marriage plot and EMMA., with the title character’s inevitable romance with Mr. Knightley (Johnny Flynn), is no different. But of equal, if not more importance for de Wilde is Emma’s relation to Harriet Smith (Mia Goth). “Eleanor and I really felt that this passionate friendship between Emma and Harriet, we really wanted to make that a big love story,” de Wilde explains. Indeed Emma’s celebrated matchmaking highlights how much she seeks, as Screenrant points out, “to ensure she and her friends find love and happiness.”

Discussing the enduring popularity of Austen’s comic novel and its main character, Vox points out, “What made her so masterful was her rare ability to combine that satire with authentic romance and unforgettable heroines, who have real and complex desires of their own.” It is a complicated cocktail that all too often favors sentimentality over satire and romance over the reliance women place on each other. But in letting Emma be EMMA., according to Vox, “Autumn de Wilde gets the balance just right."