As Joe Wright’s Anna Karenina Turns Ten, Its Story Continues To Move To A Different Beat

When Anna Karenina opened in theaters on November 16, 2012, Joe Wright’s adaptation of Leo Tolstoy’s classic was a stunning imaginative leap. Rather than enact the sweeping novel of 19th century Russia as a naturalistic saga, Wright choreographed the drama in a decaying theater. Anna (Keira Knightley) still leaves her husband (Jude Law) and child for the dashing Count Vronsky (Aaron Taylor-Johnson), but now her actions and the gilded aristocracy that gossips about them are transformed into the spectacle and spectators of an actual theater. But, as The New York Times explains, “the film itself is the very opposite of stagy. The camera hurtles through the scenery as if in hungry pursuit.” Much of its energy comes from the way Wright used dance to drive the story forward. Wright explained earlier this year, “I always saw my adaptation of Anna Karenina as being like a ballet with words, and there was a lot of dance involved in that movie.” On the occasion of the film’s ten-year anniversary, we dive into how Wright used dance to move Anna Karenina and its characters into exciting new cinematic territory. 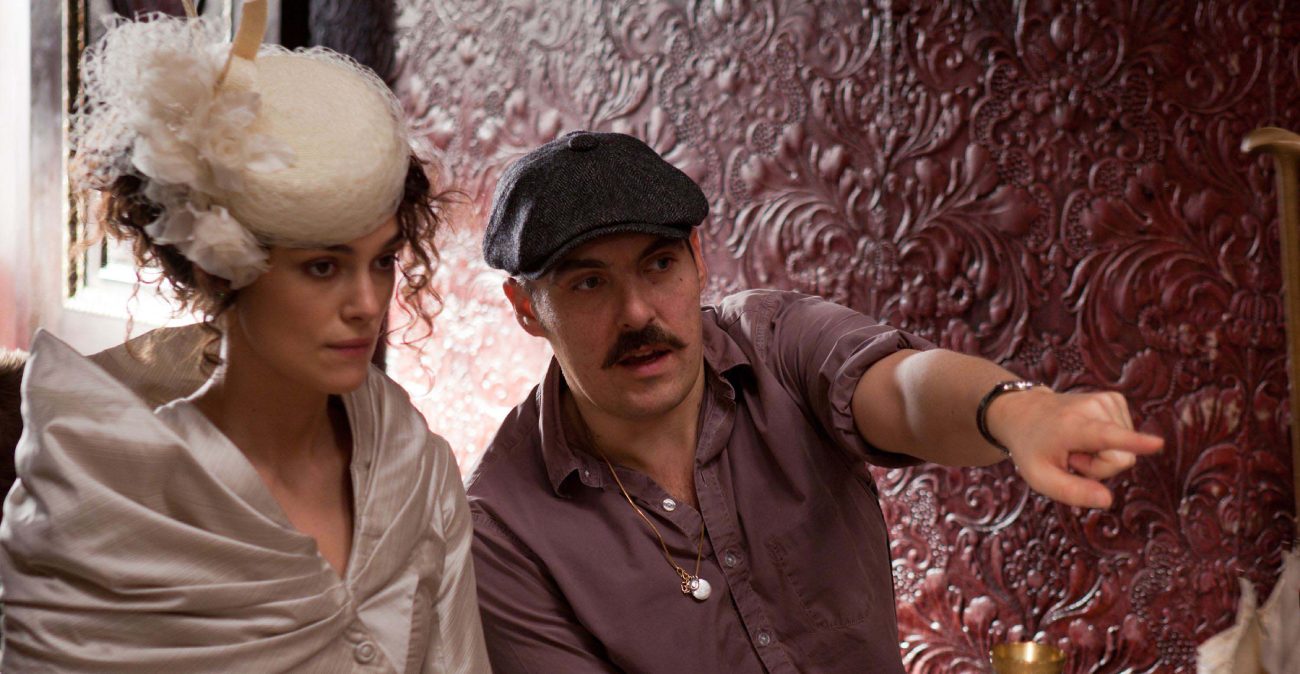 Originally planning on adapting Tolstoy’s masterpiece in a relatively realistic way, Wright had an epiphany reading Orlando Figes' Natasha's Dance, an acclaimed history of the Russian aristocracy. “He describes Russian society of the period living their lives as if upon a stage,” recalls Wright. “They were very concerned by how they appeared to each other.” Although the dance in Figes’ title is metaphorical, Wright made the concept literal. In addition to turning a soundstage in Shepperton Studios into a dilapidated theater that housed nearly the entirety of Tolstoy’s imaginative world, Wright reached out to choreographer Sidi Larbi Cherkaoui to make dance essential to the story.

From the start, Cherkaoui understood that Wright “took the choreography seriously. He treated it not as decoration but as part of the storytelling.” While the Belgian-Moroccan choreographer, who was acclaimed for his innovative mix of various dance forms, focused on creating original waltzes and mazurkas for the film, he also wanted all movements to be read as dance. Taking the cast through a three-week workshop before filming began, Cherkaoui highlighted the cultural and political nature of movement. “I tried to make them understand that their body language is something we are constantly reading,” Cherkaoui explained. In the film, characters’ physical actions and reactions, from extravagant bows to simply sitting still, become part of the social drama. In a world where “everything was staged and everything was fake,” explains Cherkaoui, “we were always using movement to underline what was real.” 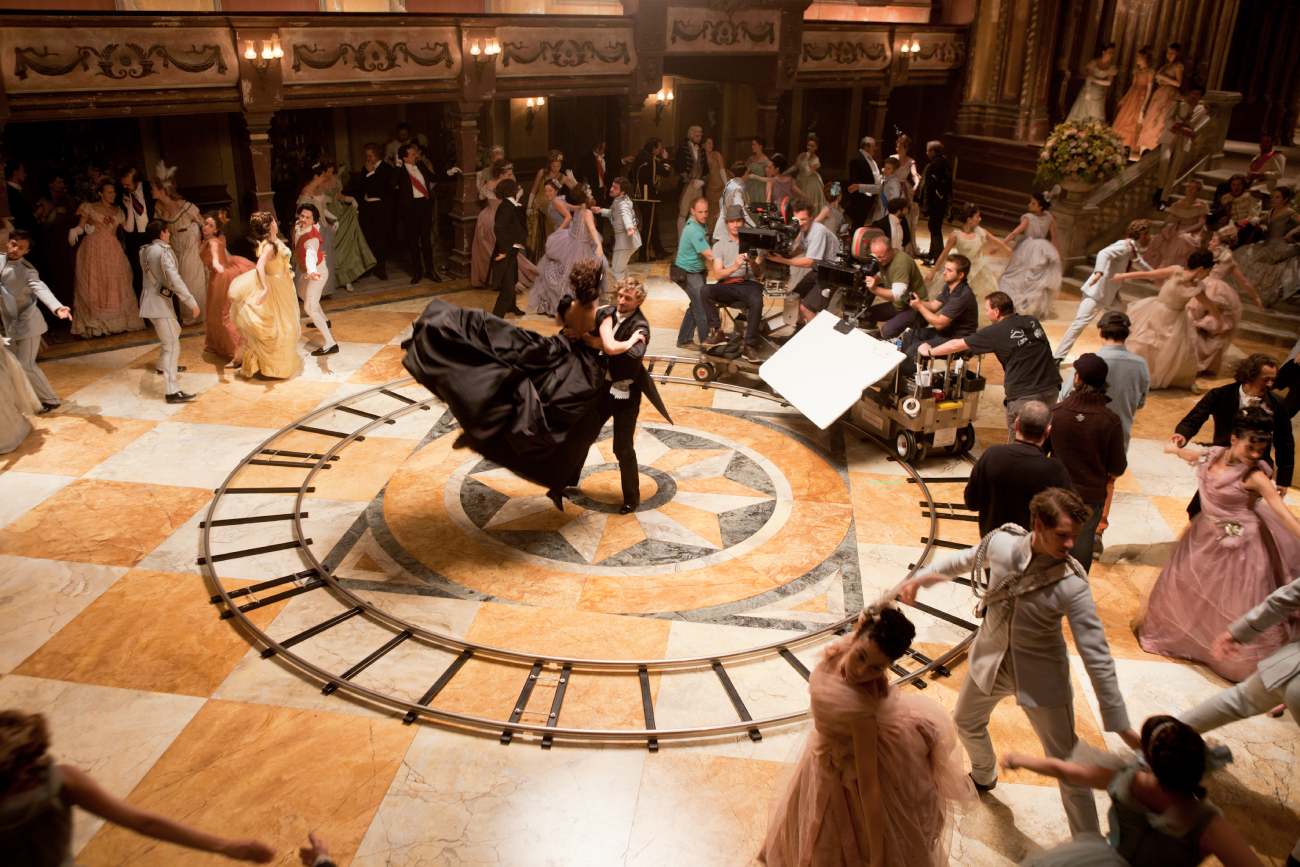 Filming the waltz scene on the set of Anna Karenina

In working with the principal actors, primarily Knightley and Taylor-Johnson, Cherkaoui reinterpreted the language of the waltz to capture their emotional life. Opposed to traditional waltzes where the dancers refrain from much upper body or hand intimacy, Cherkaoui’s choreography stressed this connection. “It would be much more beautiful if Anna and Vronsky’s arms had just as complicated a choreography as their legs,” Cherkaoui explains. In the waltz in which Anna and Vronsky first fall in love, their unique language of arms and legs is transformed into a secret language, one that literally makes the rest of the world disappear. “I wanted the waltz to be magical,” Cherkaoui remembers, “You know, how when you cast a spell it is with the weaving of hands?” 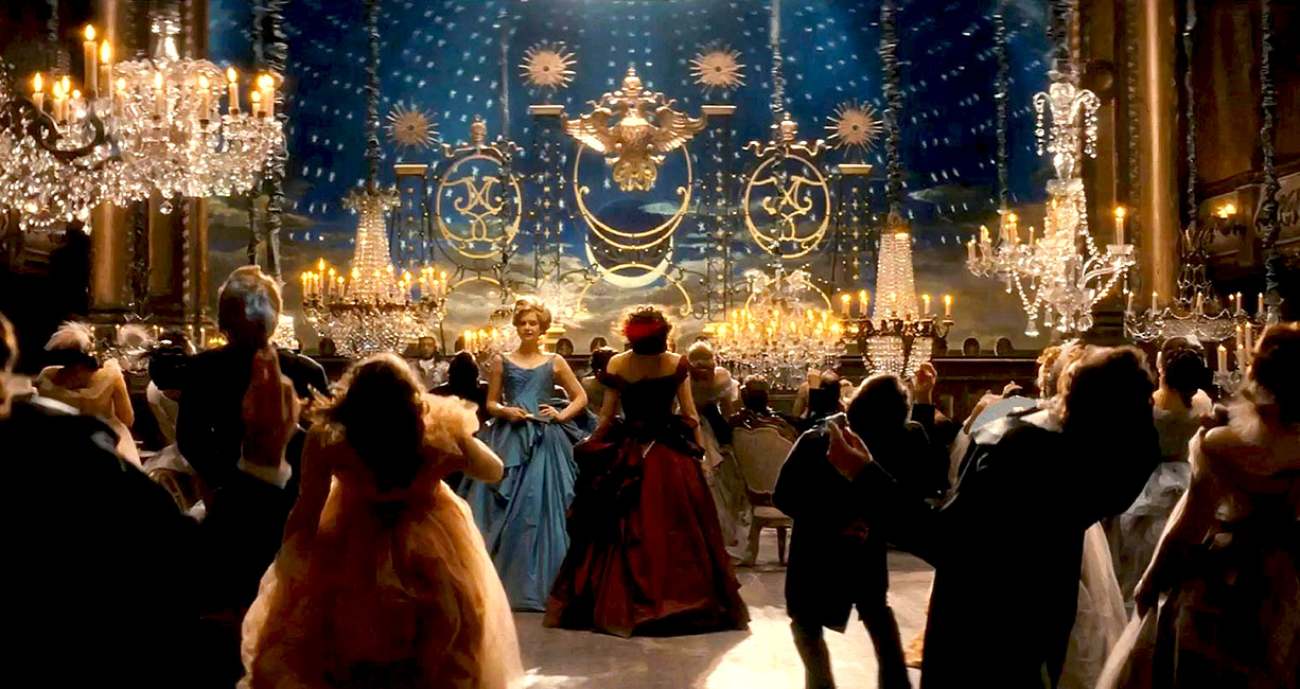 Other than Alicia Vikander (Kitty), who trained at Royal Swedish Ballet School, few of the principal cast had formal dance training. But that hardly mattered for Cherkaoui and Wright who treated physical movement as a larger concept. According to dance writer Apollinaire Scherr, “Cherkaoui helped the actors find physical analogues to emotional or psychological states.” From Anna’s being thrown off-balance by passion to Vronsky asserting himself physically, each character moves, both consciously and unconsciously, to the rhythms of their heart and the demands of the society around them. “The concept is elegant and exciting,” exclaims The Guardian. “A tragedy unfolding almost as a musical, the flow of images and intimate scenes matching the epic sweep of the novel, swapping literary conceits for theatrical ones, yet somehow remaining incredibly cinematic.”