Six remarkable films by actors who stepped behind the camera

From Wonder Woman to Blade Runner 2049, Robin Wright often portrays a woman in charge. As the Golden Globe-winning star of the hit TV series House of Cards, Wright not only played the leader of the free world, she also took control on set by directing 10 episodes. For Land, Wright directs, executive produces, and stars in a moving drama about a woman, Edee Holzer (Wright), finding her personal truth by retreating to the majestic and merciless Rocky Mountains. Wright’s experience on House of Cards, which she describes as “an opportunity to have film school lessons on set each day,” taught her about film craft and cinematic vision. After reading Jesse Chatham and Erin Dignam's screenplay for Land, Wright knew she'd found the perfect vehicle to direct. “I thought the script had something about how to survive your past,” she explains. "I know who this character is."

With Wright’s Land being released on February 12, we're showcasing five other films directed by acclaimed actors who used their years in front of the camera to help create unique, unforgettable movies. 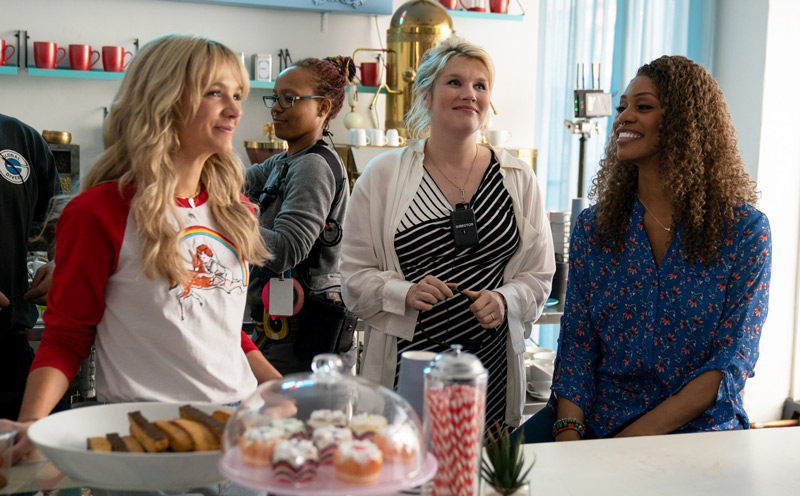 Before writing and directing her breakout film, Promising Young Woman, Emerald Fennell was well known for her many film and television roles. After endearing herself to audiences everywhere as Patsy in the beloved BBC period drama Call the Midwife, Fennell gained international attention playing Camilla Parker Bowles, Prince Charles’ longtime love, in The Crown. But for Promising Young Woman, the writer/actress stepped behind the camera. “I knew I wanted to direct it more than anything,” Fennell explains. “I have such admiration for actors who are able to do all of that.” Fennell used all her experience to map out every aspect of Promising Young Woman. “I knew the script. I knew the characters inside and out. I knew how I wanted it to look,” remembers Fennell, adding, “Every single costume I wanted Carey to wear, the texture, the color palette, everything.” Having appeared with Fennell in an 2006 episode of Trial & Retribution, Mulligan had an immediate rapport with her director. “Emerald played this girl in a nightclub who started a fight with me and pushed me over,” remembers Mulligan. Fennell's debut directorial effort is already getting rave reviews and awards with The Chicago Film Critics Association presenting Fennell with their Milos Stehlik Breakthrough Filmmaker Award. 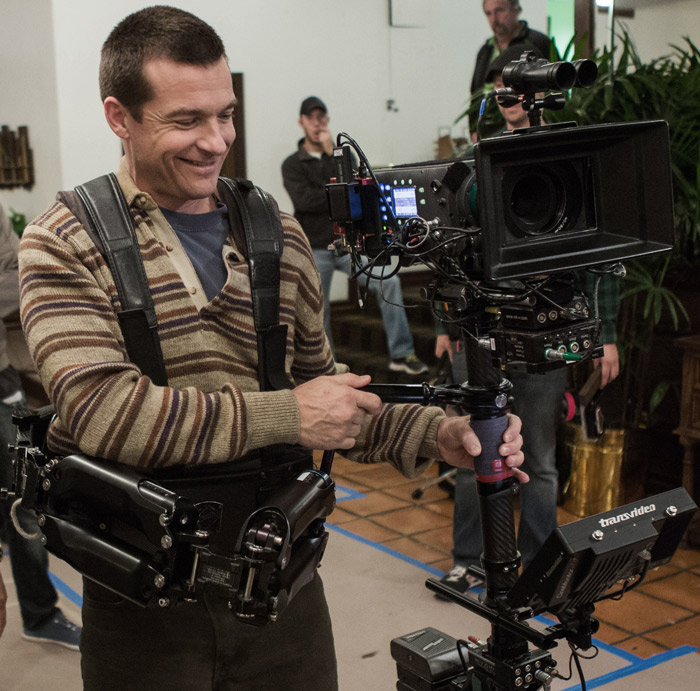 Breaking out as a teen idol in the eighties, Jason Bateman honed his craft for years in award-winning films (Juno) and TV shows (Arrested Development) before directing Bad Words. His on-set experiences provided Bateman with endless live production tutorials. “The more I learned about all the contributions of all the departments, the more I wanted to have the privilege of that responsibility [of directing]” explains Bateman. When he came across Andrew Dodge’s screenplay, he was ready to bring its hilarious, dark story to the screen. Guy Trilby (Bateman) is a grown man who exploits a contest loophole to compete against kids in a national spelling bee. As the film increasingly delights in Trilby's jaw-dropping, bad behavior, Bateman never loses sight of his story's heart, especially as a special friendship develops between the main character and a young contestant, Chaitanya Chopra (Rohan Chand). Entertainment Weekly gave Bateman’s directorial debut an A- "for its skill at sustaining a “balancing act between sulfurously funny hatred and humanity.” 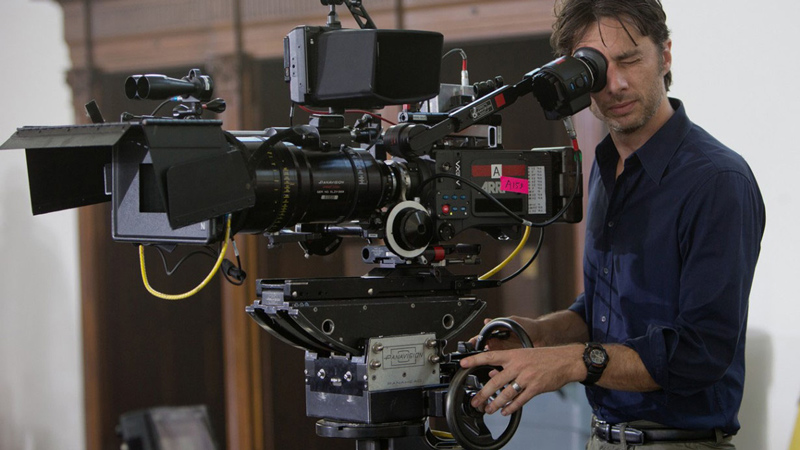 Zach Braff | Wish I Was Here

Although Zach Braff dreamed about becoming a filmmaker growing up in New Jersey, he first found work as a comic actor. After being cast in the 2001 sitcom Scrubs, Braff became an overnight star. But he never lost his desire to direct. After helming various episodes of Scrubs, he produced, wrote, directed, and starred in the 2004 indie hit Garden State. For his next feature, Wish I Was Here, Braff focused on his own world and life, crafting a tender-hearted comedy with his brother Adam Braff about an actor (Braff) in Los Angeles dealing with his oddball brother (Josh Gad) while trying to be there for his wife (Kate Hudson) and family. Braff explains, “We wanted to write about fathers and sons and spirituality and what it’s like to be a hero to your family in 2014.” His thoughtful, humorous approach captured viewers' hearts. “Beautifully shot, elegantly written, and packed with genuine wisdom,” wrote Uproxx.

Watch Wish I Was Here now on iTunes or Amazon.

The official trailer for Zach Braff's Wish I Was Here. 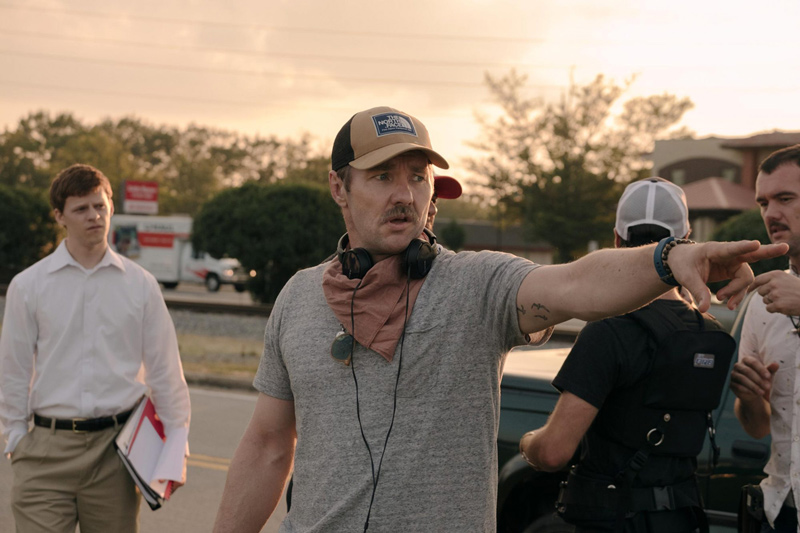 For his directorial debut, Boy Erased, actor Joel Edgerton (Loving) was motivated by his deep desire to bring Garrard Conley’s book Boy Erased: A Memoir to the screen. As a straight Australian man, Edgerton at first felt reluctant about writing and directing the story of Jared, a young Southern teen (Lucas Hedges), torn between his sexuality and his deeply religious parents (Russell Crowe andNicole Kidman). Edgerton, however, deeply connected with Jared's struggle to realize his personal truth after being forced to attend a conversion therapy program. Edgerton remembered thinking at the time, "I feel so passionate about it and I can’t get this out of my head.” Working hand-in-hand with Conley and LGBTQ groups, Edgerton put his heart and soul into getting the film just right. His commitment showed. “The painstaking care and precision with which the film has been guided to the screen by… Edgerton is overwhelming,” exclaimsThe Observer. "The details in every scene and the polish and precision of a perfect cast make Boy Erased one of the finest and most unforgettable films of the year.”

Natalie Portman | A Tale of Love and Darkness

For A Tale of Love and Darkness, Natalie Portman adapted and directed Amos Oz’s memoir of the same name.  An older Oz (Moni Moshonov) narrates the story of his life, first as a young boy (Amir Tessler) then as a teenager (Yonatan Shiray), during Israel’s formative years. Portman plays his mother, a woman struggling with depression during this turbulent historical period. Touched by Oz’s book and how it connected to her own family’s stories, Portman knew she had to bring it to the screen. To prepare herself, Portman reached out to former directors — Darren Aronofsky (Black Swan),  Mike Nichols (Closer), and Terrence Malick (Knight of Cups) — for advice. “They are such different filmmakers,” explains Portman. “They were all very encouraging of me making my own thing.” As The Los Angeles Times notes, few passion projects by actor-turned-directors have proven “as convincing as A Tale of Love and Darkness, a film of beautiful melancholy.”

Watch A Tale of Love and Darkness now on iTunes and Amazon.

The official trailer for Natalie Portman's A Tale of Love and Darkness.