May is Asian American Pacific Islander (AAPI) Heritage Month, a period during which we recognize the achievements of the AAPI community and call attention to actions needed to address ongoing challenges faced by AAPI people. To celebrate this month, we wanted to recognize both the AAPI community as a whole and the diverse nationalities and cultures that come under that banner. As such, we asked five AAPI people at Focus Features to talk about themselves and their rich traditions and experiences. Our five-person panel includes Debbie Kim, Kirstin Carag, Louie Siongco, Pritha Ogden, and Sylvia Lee. 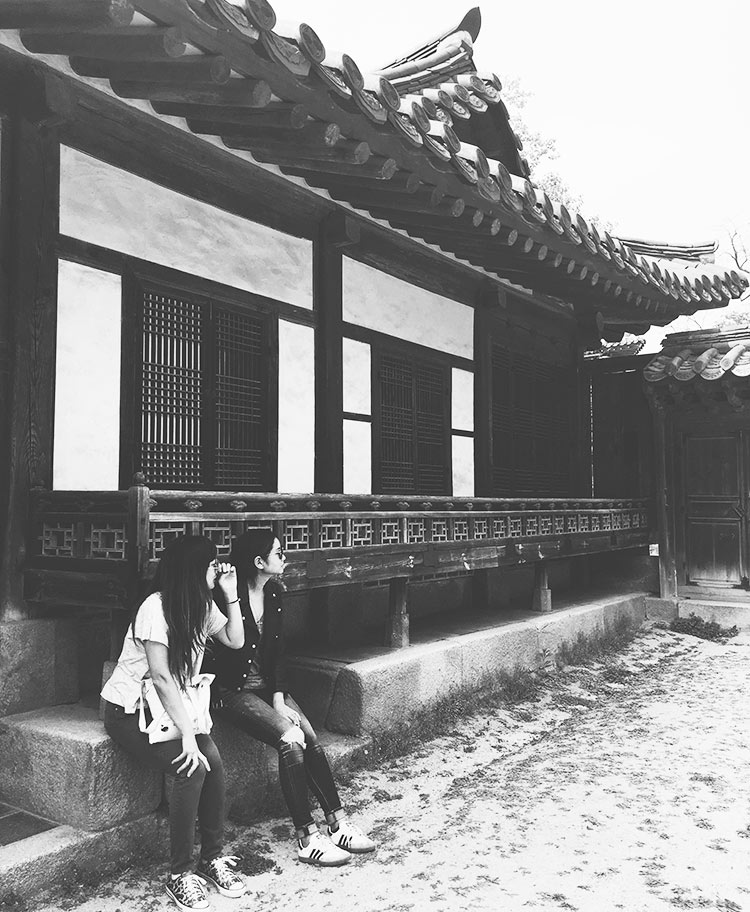 Debbie Kim (on right) with her cousin Alison at the Gyeongbokgung Palace in Seoul, which was the main royal palace of the Joseon dynasty.

What made you want to work at Focus Features?

Debbie Kim: I’ve always admired from afar so many of the films that Focus Features has released over the years. Becoming a part of the Focus team was naturally an exciting opportunity to join the process in continuing to develop meaningful and beautiful cinema.

Kirstin Carag: One of my first campaigns out of college was Gus Van Sant’s Milk. I was an assistant on the agency side, and I knew I was getting to be part of an important film, especially living in Los Angeles where Prop 8 was on the ballot at the time. In speaking with the press and seeing their reaction to Sean Penn’s performance, I knew I wanted to work for and within the studio which make films that reflect society and will have a cultural and timely impact on different communities. I made the jump to Focus Features two years after that campaign.

Louie Siongco: Focus Features has a way of telling diverse stories that reflect the world through movies. People relate to them, are inspired by them…and the films are well done!

Pritha Ogden: I’ve been rooting for Focus Features since Brokeback Mountain was robbed of its rightful Best Picture Oscar®. Focus stands for everything I believe movies can and should be: perspective-shifting, visionary, and deeply, stunningly moving.

Sylvia Lee: I think I’ve always subconsciously wanted to work for Focus Features after watching Eternal Sunshine of the Spotless Mind in high school. Though its unique and genre-less story speaks for itself, what makes the film still so striking 17 years later is how Focus took a major risk on a new type of script and talent in 2004. Most studios shy away from such a gamble even today, but Focus has always consistently showcased up-and-coming, female and — most recently — diverse talent. That type of studio ethos is not only important to me as a woman of color but is also paramount for the industry at large so that the same ten people aren’t re-making the same ten movies. If that wasn’t enough, seeing Focus’ iconic bokeh logo in front of some of my favorite films of the past few years was just another reminder that I needed to be here! 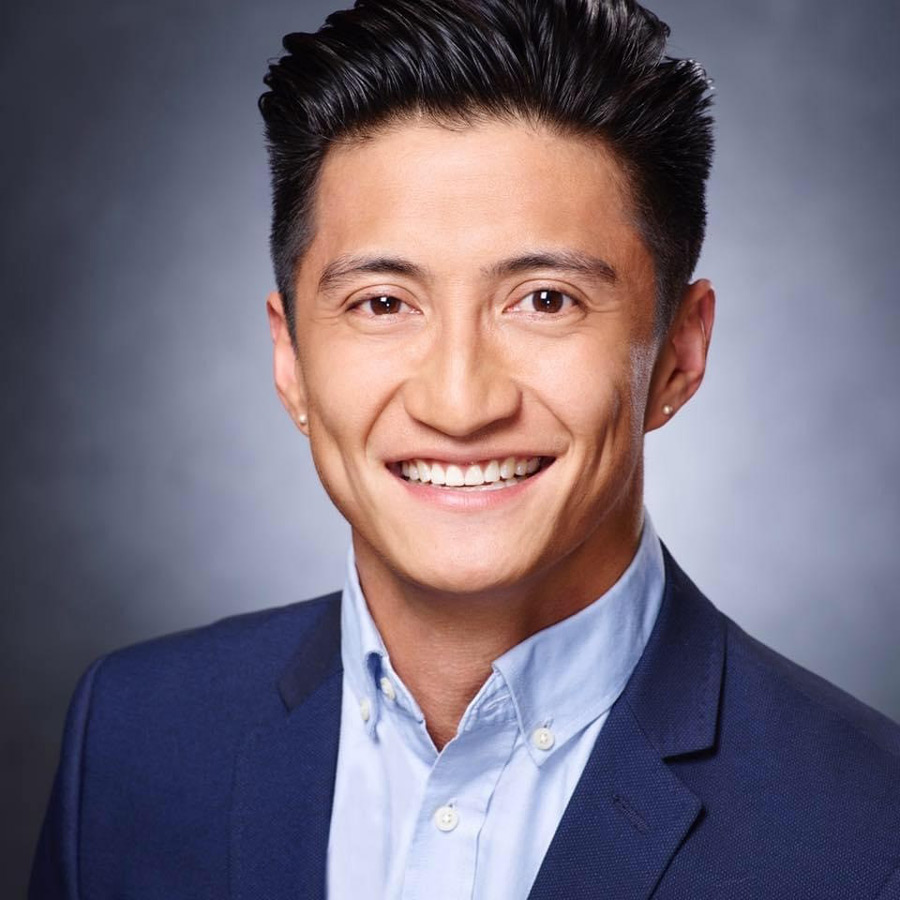 What is your position at Focus?

Kim: Director of Physical Production. I work with an amazing team to oversee all aspects of physical production on our films from prep to shoot to wrap. I communicate directly with the filmmakers to ensure all studio policies and procedures are met and the film is delivered successfully.

Carag: I’m the VP of Digital Publicity. I basically speak to bloggers, podcasters, and journalists who work at digital outlets (like Rotten Tomatoes, Refinery 29, Complex) and make sure we’re covered editorially on the online space for all our titles — whether it’s them posting our trailer on Instagram or reviewing our films or speaking to our talent. When the campaign allows it, I work with influencers to engage them in creative ways to cover our films on their respective platforms.

Siongco: I work on the HR team. My team and I act as thought partners, champion DEI efforts, provide coaching, support culture-building efforts, and anything else we can do to be a resource to our company’s greatest asset: the people. No two days are ever exactly the same — and I love that about my job!

Ogden: I work in Strategy and Business Development, though my responsibilities have shifted quite a bit from when I first started (almost 4 years ago)! Very reductively, my job is to provide all the operational teams across the studio (and now also the Universal Content Group) with whatever analytical, data, and project management support they may need. A lot of times, that means building decks. So. Many. Decks.

Lee: I’m a senior analyst on the Strategy & Development team, which is a formal way of saying that I help guide a film along its full-life cycle. From greenlighting production to planning the movie release, the day is always filled with work that centers on keeping both the studio and filmmakers happy!

How do you identify culturally?

Kim: I’m a 1.5 generation Korean American. I immigrated to Los Angeles when I was only 4 years old, so I culturally identify as American, especially since my Korean is much worse than my English! I am however very grateful to have grown up with two cultures and each of them are equally special to me.

Carag: 1.5 generation; I was born in the Philippines but moved to Los Angeles when I was 8 years old. I’m fully Filipina.

Siongco: I am Filipino and am first generation, born in Manila.

Lee: I identify as a proud first-gen Korean American! 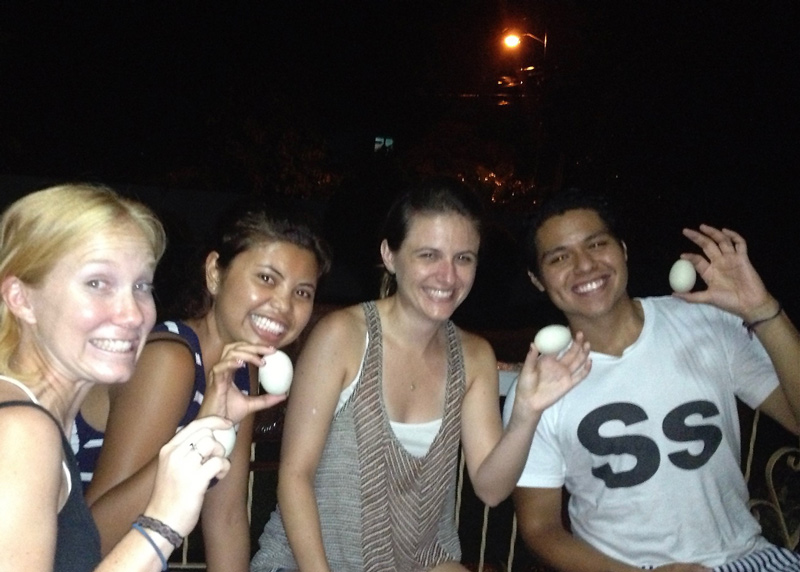 Kirstin Carag (second from left) brought three of her friends to the Philippines in 2013, treating them to traditional foods like a balut, a fertilized egg embryo.

Many Asians’ form of "I love you" is "Have you eaten yet?" Is there a favorite dish you remember from growing up?

Carag: My favorite Filipino dishes to this day are Filipino Spaghetti — it’s made with banana ketchup vs tomato sauce, so it’s sweeter than traditional spaghetti — and lumpias.

Siongco: My dad makes two of my favorite Filipino dishes of all time: Sinigang (a tamarind based stew) and Kare Kare (a peanut butter-based stew — trust me, it’s amazing!). I’ve had these dishes at Filipino restaurants, but nobody’s is better than my dad’s. My mom makes two of my favorite desserts: pecan tarts and leche flan. They’re delicious and you can taste the love she pours into them because they’re that good. Even now, when my brother or I visit my parents, they ask what we want to eat. We usually ask for Sinigang or Kare Kare. And if there’s a special occasion or a family get-together, my mom’s desserts are specifically requested. I have a huge extended family and our get-togethers are always potlucks — sharing meals is definitely a way that we express love for one another.

Ogden: I’m Bengali (from West Bengal), where the sweets are rampant. Every (single) meal is punctuated by sweets. When you visit someone, you get sweets. When you leave, you get more sweets. My favorite dish from my childhood is a snail-shaped sweet called Gujiya that my grandfather used to buy me from the local shop.

Lee: There are so many amazing dishes I could name, but is there anything that says “I love you” more than a plate of cut fruit silently delivered to your desk after a day at school? That seems to be one of the most universal signs of care with both Asian and immigrant families alike. 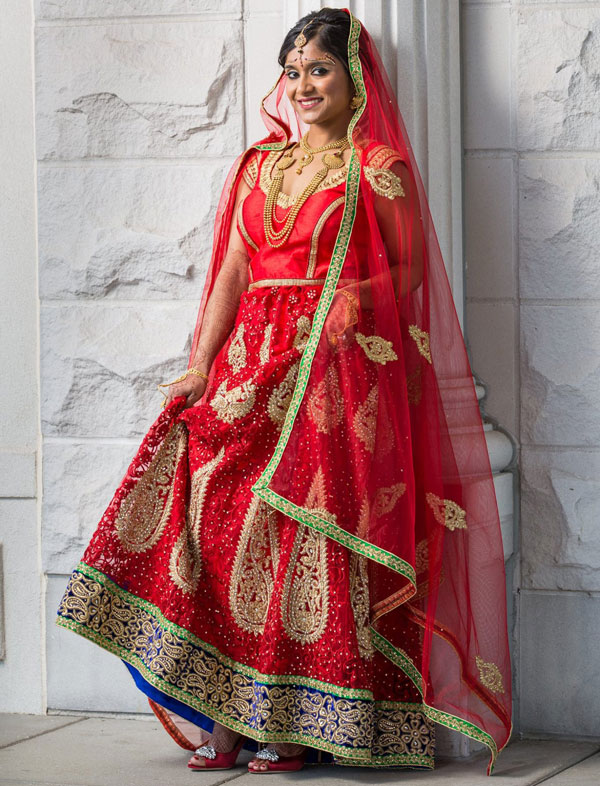 Is there a tradition from your culture that has a special place in your heart?

Carag: I love the holidays in the Philippines. Christmas is typically spent eating a massive feast, going to Midnight Mass, and staying up all night with family. It becomes less about gift giving and exchanging, and it’s more about spending time surrounded by your loved ones. I think it’s one of the things I miss about living there.

Siongco: Two that stand out are our Noche Buena celebration on Christmas Eve or Media Noche on New Year’s Eve. Both traditions are basically feasts at midnight — see, more food! I loved them because I was with my family, I got to stay up past midnight as a kid, and we got to eat good food!

Are there any people of AAPI heritage in the film industry that you look up to?

Carag: When I was a little girl growing up in the Philippines, Lea Salonga was IT. I think to see a fellow Filipina breakthrough in Western culture and be the voice of TWO DISNEY PRINCESSES and sing several popular songs within the Disney catalogue —not to mention her Broadway career — every little girl there dreamed of being her.

Ogden: Obviously Abhijay (Prakash, President of UFEG). The man, the myth, the legend. I’d like to be able to discourse with as much wisdom, fluency, and perceptiveness as Ab — and also casually drop words like “intrepid” without irony.

Lee: Wong Kar-Wai is definitely one of my heroes. One of his many iconic films is Happy Together, a story about a gay, Hong Kong couple that moves to Buenos Aires in hopes of rekindling their relationship. It’s not a movie that centers on suffering, nor non-acceptance, but love and the jet stream of circumstance that bring people together — a type of film representation not often granted to the LGBT community. The act of making a queer film like Happy Together, especially in light of tightening Chinese censorship in Hong Kong, is not just art; it is activism. There are few mainstream indie directors who have actively risked their careers for the sake of telling a story that typically isn’t told, which is why WKW is so great. 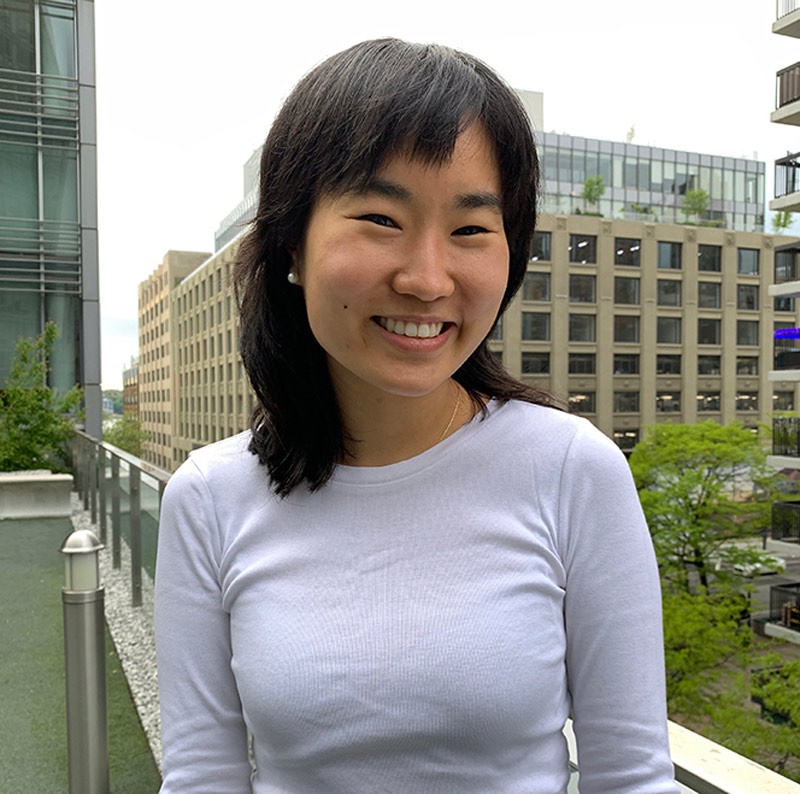 What films or TV shows do you remember seeing growing up that made you proud of your heritage?

Kim: One of my favorite directors of all time is Bong Joon-Ho. I’ve been watching his films ever since I was a young girl growing up in Los Angeles. His films always opened my eyes to a side of South Korea that I would never see otherwise. Although his work can be pretty gritty and dark, I personally think that he’s the best at highlighting the landscape and hidden beauties of the country. Being Korean, there’s always a deep connection that I feel with the stories he tells: Kim Hye-Ja as the quintessential Korean mom in Mother; the Han River in The Host bringing back memories of summer trips to my homeland; and the songs I heard as a child in Korea reminding me of the radio song playing when murder strikes in Memories of Murder.

In coming years, how would you like to see AAPI visibility increase, either onscreen or behind the camera?

Kim: I think we’ve been fortunate to see AAPI visibility increase in the entertainment industry in the recent years with the successes of films like Parasite and Crazy Rich Asians, and most recently Youn Yuh-Jung becoming the first Korean actor to win an Academy Award. I’m desperately hoping this isn’t just a phase, and that diverse content and artists continue to receive recognition and are equally celebrated for years and years to come. I think ultimately it would be lovely to see our younger generation growing up with a broader view of cultures, people, and diversities by having access to stories driven by AAPI and other underrepresented communities around the world.