Author Shrabani Basu on the Unlikely Origins of Victoria & Abdul

Truth is stranger than fiction.

You'll be forgiven if you think that Victoria & Abdul, the tale of a young Indian man (Ali Fazal) who forms an unlikely and extremely close friendship with an aging Queen Victoria (Judi Dench) sounds like a piece of historical fiction. It's filled with the kind of unbelievable details and fantastical asides that you'd find in something wholly imagined. But Victoria & Albert is, amazingly, totally true. And what's more, it's a story that was very nearly lost to history thanks to the actions of Victoria's son Bertie, who disapproved of his mother's friendship and wanted all traces of that relationship erased.

Thankfully, Indian author Shrabani Basu uncovered the relationship and wrote a nonfiction book that the film is based on. She was the one who saved the friendship from being forgotten entirely and who inspired the incredible film (expanding nationwide this weekend). Even the origins of the discovery are just as unbelievable.

Basu explained to us that the initial spark for her investigation began while she was working on a book on the traditional Indian dish curry. "I knew Queen Victoria loved curry and that she had some Indian servants. But that was pretty much all I knew then," Basu told us. It was during a trip to the Isle of Wight that she saw a portrait of Abdul, which sparked her imagination. "It was then that I realized he hadn't been painted to look like a servant. He looked more like a nobleman. That spoke to me."

From there, she began digging, initially setback after learning that much of the correspondence between Queen Victoria and Abdul had been destroyed. "For a biographer that's not a great start," she confessed. Still, she continued, first by visiting Windsor Castle and asking to see the Queen's journals, where Basu discovered that the Queen had been learning Urdu, the official language of six states of India. "Those took me by surprise because there were 13 volumes. She had learned it for 13 years," Basu said. 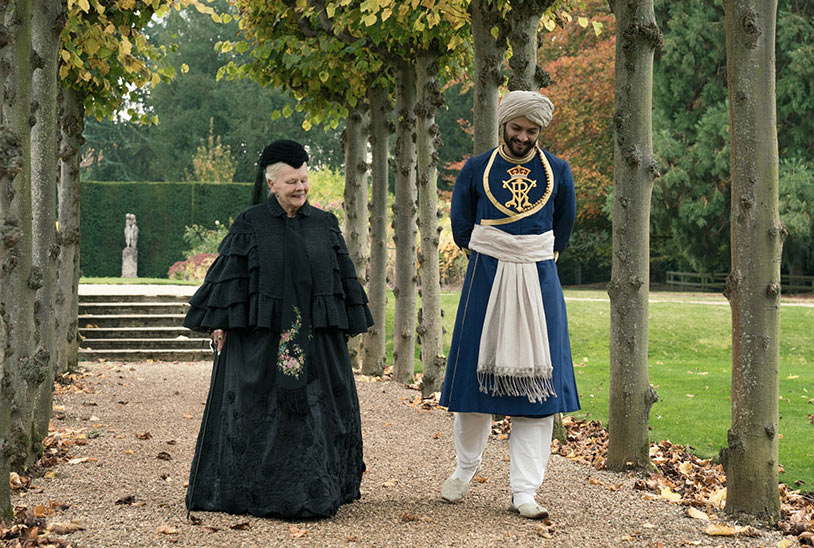 In Windsor Castle she also found some surviving letters, which reinforced just how tightly knit the friendship between Victoria and Abdul really was. Basu explained: "Sometimes she would sign them your loving mother, your dearest friend, some were in Urdu. There were letters about how his wife should conceive. And all of that was amazing, because you don't talk to anybody that frankly. Putting it all together. It was very shocking. It shows how close she was to him."

Not that this quest was easy. Mostly Basu was finding roadblocks set up in the distant past. Bertie not only destroyed most of the letters his mother had kept, but he sent agents to India to destroy Abdul's correspondence. And this was right after he died. " This is a family in mourning but they raid the house, and it was postcards, Christmas cards, not once but twice," Basu said. In fact, Bertie wanted to send more English agents to his residence but his viceroy stepped in, fearing it would become an international incident.

And as much as the book exposed the world to this tale, Basu knows that the movie will reach infinitely more people. "As the one who discovered this story I am ready for it to go out to a big audience – this is going to take it even further, as movies always do." It's amazing that this story, which came so precipitously close to be forgotten about forever, is coming back in such a strong way, with a brilliant film top lined by A+ actors and a script that nimbly compacts the story without losing any of its emotional resonance or historical punch. Or, as Basu more eloquently stated, "It's a part of history that should be talked about and celebrated. It's a really endearing relationship and people should know it."

Victoria & Abdul is now playing and you can get your tickets here.