In Kasi Lemmons’ Harriet, family was everything for the freedom fighter Harriet Tubman (Cynthia Erivo). After escaping enslavement and landing in free Philadelphia by traveling over 100 miles on foot under the cover of night, Harriet returned to the south to save those members of her family still in slavery. As Tubman became one of the most daring and successful conductors on the Underground Railroad, her sense of kinship expanded to include the family of man, reaching out to help all who were oppressed. For Ernestine “Tina” Martin Wyatt, the great-great-great-grandniece of Harriet Tubman, the virtues of loving family and caring about others have been two of the greatest inheritances she has received from her famous relative. Wyatt, who grew up following the powerful example set by her “Aunt” Harriet, was thrilled to see her family’s past brought to the screen.

We spoke briefly with Wyatt about Harriet’s deep faith, the experience of seeing the film, and why Harriet matters now more than ever.

As a child, what were you told about your famous relative?

We did not have anecdotal information about her growing up. My great-grandmother worked alongside Aunt Harriet and also lived with her for a short period in her home. My grandmother also knew her. What was said was simply that Aunt Harriet was just another aunt. She was just somebody who is related to us in our family. We knew what family meant to her. Her love of family was one of the things that was perpetuated. The other thing was her faith, a belief in taking yourself out of the center in order to serve the needs of other people. That is really something that has been passed down from Aunt Harriet to my great-grandmother to my grandmother to my mother and now to me. And I am passing the same beliefs down to my children and my grandchildren. 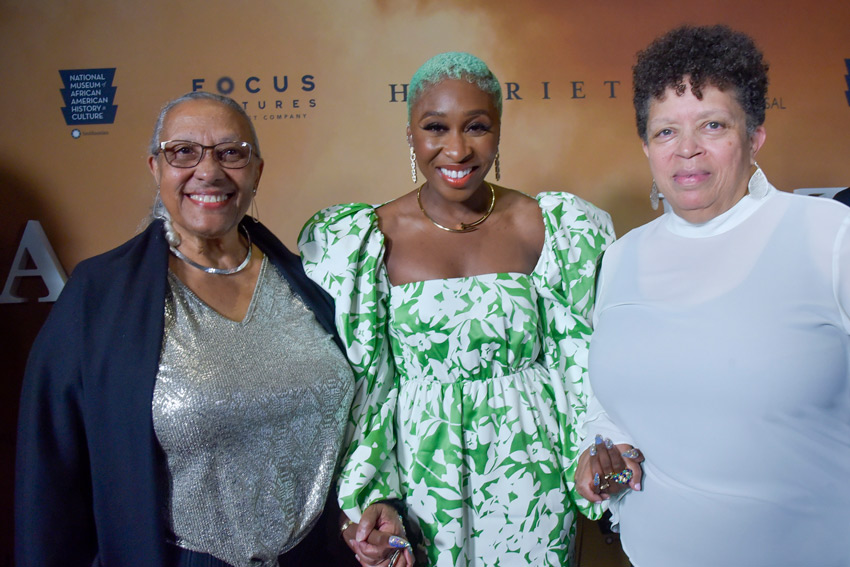 In the movie, what was it like to see Cynthia Erivo play your Aunt Harriet?

I loved it. I really did. It really moved me in places, especially the scene of the river crossing [when Harriet leads her family out of slavery]. When I read about that in her book, I cried. Then when I saw it in the movie, I cried as well. I could really feel her presence. I felt how much she trusted God and was not afraid. She wanted so much for everyone to get across and be free. I thought that Cynthia Erivo played her really well. She captured her spirit in a lot of different ways—her fierceness and loyalty, her faith in God, her not wavering in the face of adversity. She had such a love for people, the way that God wants you to love people.

Seeing the life of Harriet on the big screen, did it appear differently than you imagined it growing up?

I understand about filmmaking to some degree because my son is also in that industry. He showed me how you do things in movies, so when I saw the film, I could think, “Yes, I understand what they are doing there." I understood when they took different things that she did and made them appear as one, or how they have to edit out things because they couldn't fit in everything in a two-hour movie. But my expectations wasn't really that different. What I saw was powerful and inspiring. And it will be inspiring to other people which is the point of the picture—to see her in a feature film that will be shown to all races and nationalities. They can see how amazing she was. When she really had nothing, she had something even greater in spirit which was God. I hope this film is a stepping stone to more films or even TV shows about her. I thought it was great. 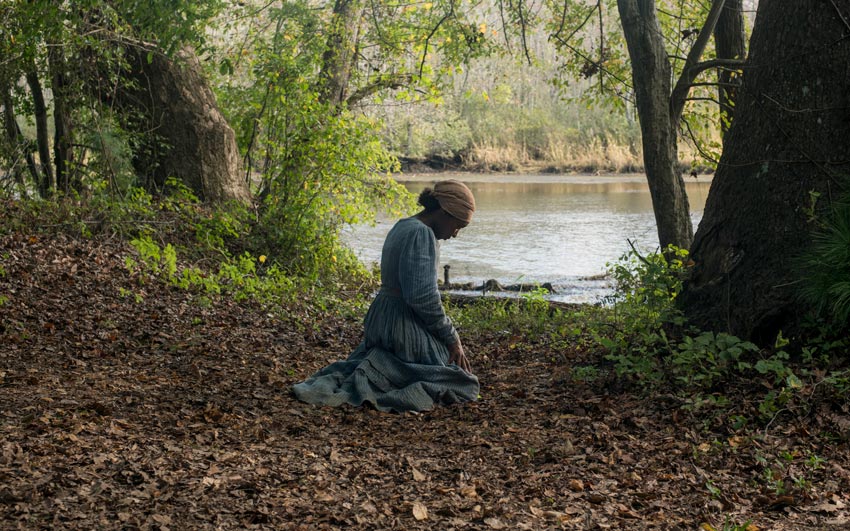 Harriet (Cynthia Erivo) connecting with her God in Harriet

Why do you think Harriet stills matters today?

She understood that life is not all about us. It is about helping someone else, loving someone else, lifting someone else up. It only takes one person to change things. It is like a domino effect—what we do and how it affects others in a positive way. We see that in Harriet’s determination to overcome her circumstances. In the love she showed others, we see in her the antithesis of what is going on in America today.