When Gary Oldman won the Academy Award® for Best Actor for his performance in Joe Wright’s Darkest Hour, it was recognition that was a long time coming. Although he was nominated in 2012 for his stunning performance as George Smiley in Tinker Tailor Soldier Spy, many wondered why he’d never been recognized for many legendary roles—Joe Orton in Prick up Your Ears, Sid Vicious in Sid and Nancy, Beethoven in Immortal Beloved, to name a few. In Darkest Hour, however, Oldman so inhabited the role of Winston Churchill during a period when England was on the precipice of utter defeat, that his award could not be denied. For BBC, “There is definitely greatness in the way Oldman takes a role that has already been played by so many actors, and makes it utterly his own.” To celebrate Focus Features' 20th anniversary, we’re highlighting this November outstanding films like Darkest Hour whose star won the Academy Award® for Best Actor.

The Man Behind the Legend Featurette for Darkest Hour 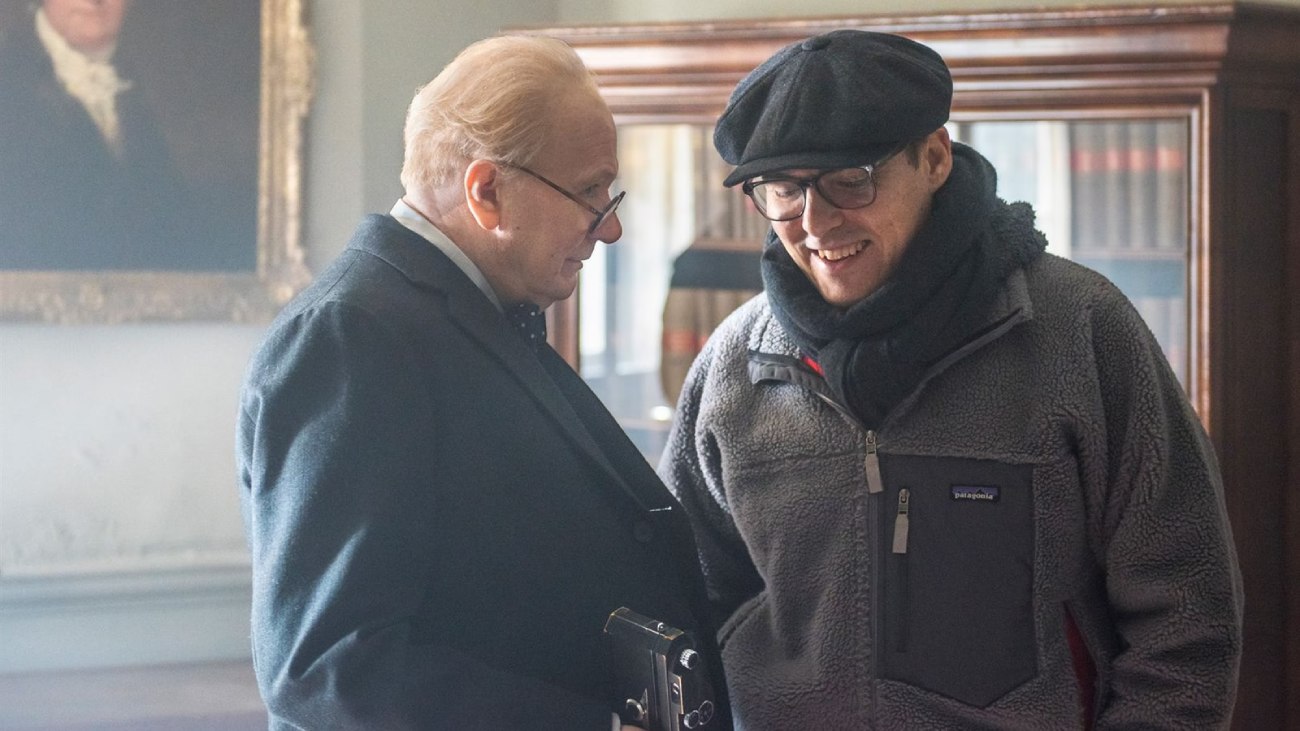 Gary Oldman and Joe Wright on the set of Darkest Hour

In 2015, Anthony McCarten, who’d been nominated for an Academy Award® for Best Adapted Screenplay for The Theory of Everything, was hard at work at bringing to life another great historical figure, Winston Churchill. Chronicling Churchill’s early days as Prime Minister, when England was under threat from Nazi Germany, McCarten focused on the way this young leader brought a nation together by, as John F. Kennedy famously observed, having “mobilized the English language and sent it into battle.” As significant as the story was historically, it also felt relevant today. “Darkest Hour is timely because we feel a void of leadership now; we want someone to rise to the occasion as Winston did,” explained producer Lisa Bruce.

Knowing that the success of the film rested on the actor playing Churchill, McCarten “wanted to see an actor completely recalibrate our sense of who Winston was, and I envisioned a Gary Oldman-caliber actor." In fact, they got Oldman himself. “I wanted to say those words; Churchill's speeches,” explains Oldman. “He understood the people he was speaking directly to, and made sure that what he said just went right to the heart of the nation.” For Wright, Churchill “had this intensity of a kinetic intensity, both physically and mentally,” a quality that Oldman had often demonstrated on screen. 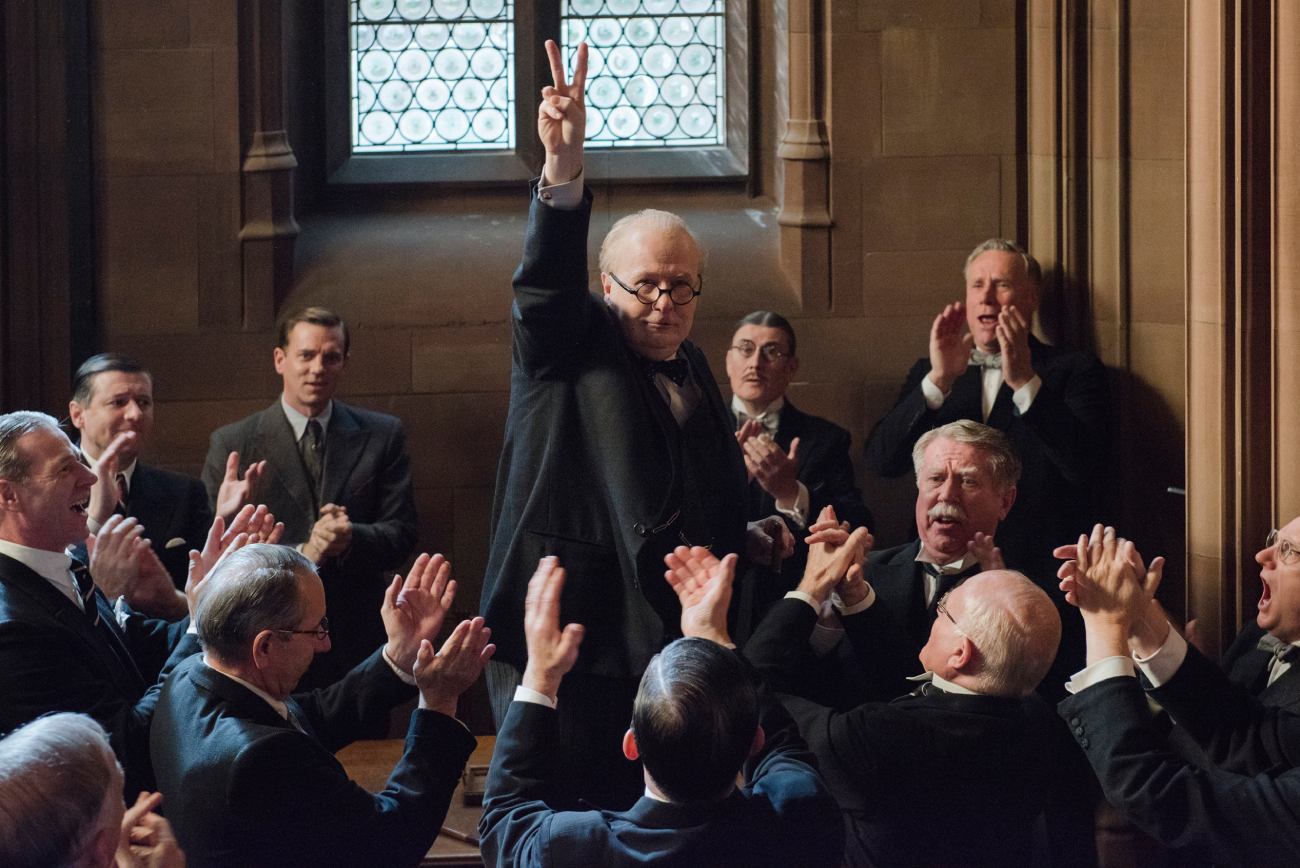 In taking on playing Churchill, Oldman admitted, “This was the hardest job I’ve ever done as an actor.” To understand the man, Oldman immersed himself in research—talking to his family, visiting his home in Blenheim Palace, reading biographies, studying his speeches, and watching (and rewatching) old Pathe newsreels. For Oldman, “to hear him and see him was the way in." To look like him, however, was a whole other challenge. Makeup artist Kazuhiro Tsuji—who won an Oscar® for his efforts—created a special prosthetic mask which beautifully captured the look of the great leader but made playing the character all that much more difficult for Oldman. It was not only that hair and makeup took up to 3 ½ hours every day, but Oldman had to communicate his emotions with so much of his face and body covered up. 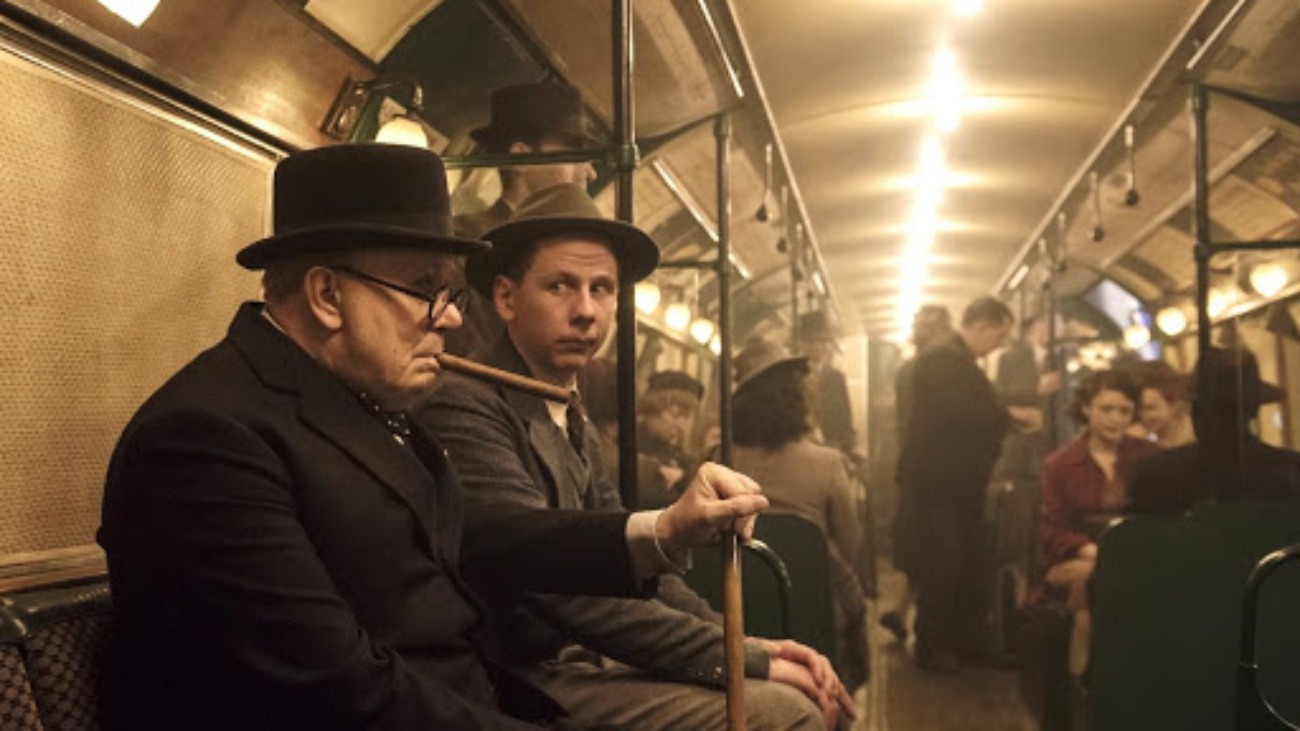 In the end, Oldman found a way to shine through all of the research, prosthetics, and anxiety to deliver a definitive portrayal. The Washington Post wrote, “Working behind layers of makeup and prosthetics, Oldman proves why he’s considered one of the greatest screen actors of his generation, delivering a fully inhabited characterization that rewards the audience’s appetite for familiar speeches and gestures, but also takes into account Churchill’s talent for self-invention and stagecraft, statesmanship and political survival.” The film, like Oldman, pushes beyond mere mimicry to find in Churchill’s life a story that speaks to us as well. “Were Darkest Hour just a symphony of World War II nostalgia, it’d probably still be a good watch,” notes The Atlantic. “But because the film makes the effort to go deeper, it becomes something much more memorable.”