A multigenerational thriller delivers on the promise of great American filmmaking

When Derek Cianfrance premiered The Place Beyond the Pines at the 2012 Toronto Film Festival, critics and audiences applauded the return of the great American epic. With an extensive cast that included Ryan Gosling, Bradley Cooper, Eva Mendes, Ray Liotta, Dane DeHaan, and Emory Cohen and a plot that spanned several generations and multiple storylines, The Place Beyond the Pines showcased both a staggering cinematic ambition and the artistic acumen to pull it off. “Tightly constructed but never constrained,” noted Collider, “The Place Beyond the Pines is a marvel of storytelling, and a powerful exploration of conscious crimes and unexpected punishments.” To celebrate Focus Features' 20th year anniversary, we’re highlighting groundbreaking thrillers this July, suspenseful movies like The Place Beyond The Pines.

Watch The Place Beyond the Pines now on iTunes or Amazon

The official trailer for The Place Beyond the Pines 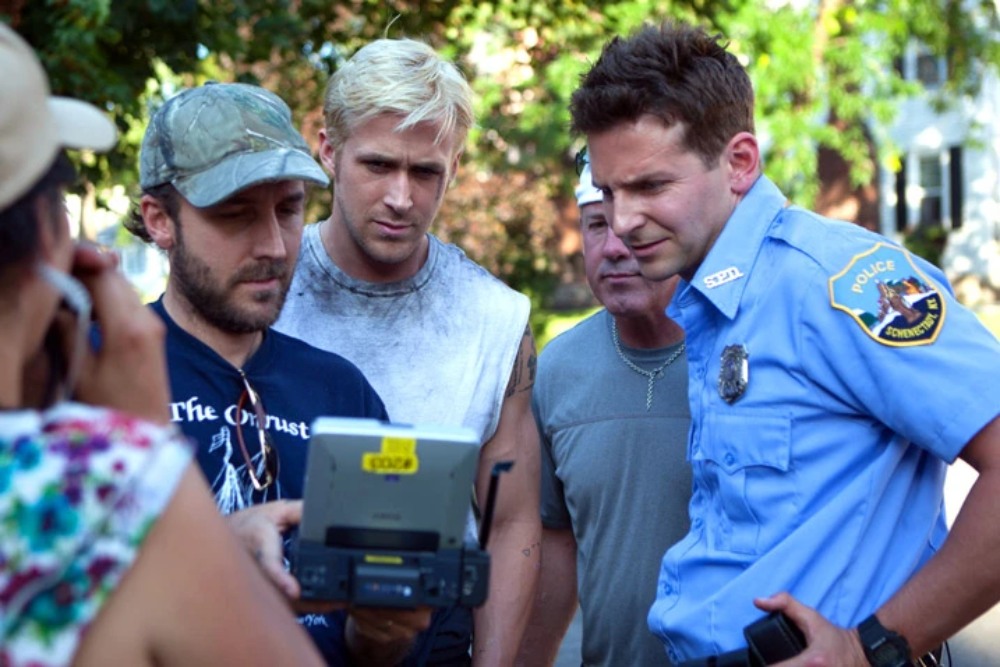 Derek Cianfrance, Ryan Gosling, and Bradley Cooper on the set of The Place Beyond the Pines

Inspired by Abel Gance’s silent masterpiece Napoléon, Cianfrance originally wondered how he might transform that film's formal use of a triptych into a modern storytelling device. Events in his own life showed him how. “In 2007, a few months before the birth of my second son, the film finally came to me,” remembers Cianfrance. “I had been thinking a lot about being a father and becoming one again and the responsibility that came with it.” The triptych shape evolved into a story of two fathers—a bank robber (Gosling) and a lawman (Cooper)—and the inheritances they leave their sons (Cohen and DeHaan). “It’s about legacy— what we’re born with and what we pass on,” explains Cianfrance. “It’s a classic tale of the sins of the father being visited upon the son.” 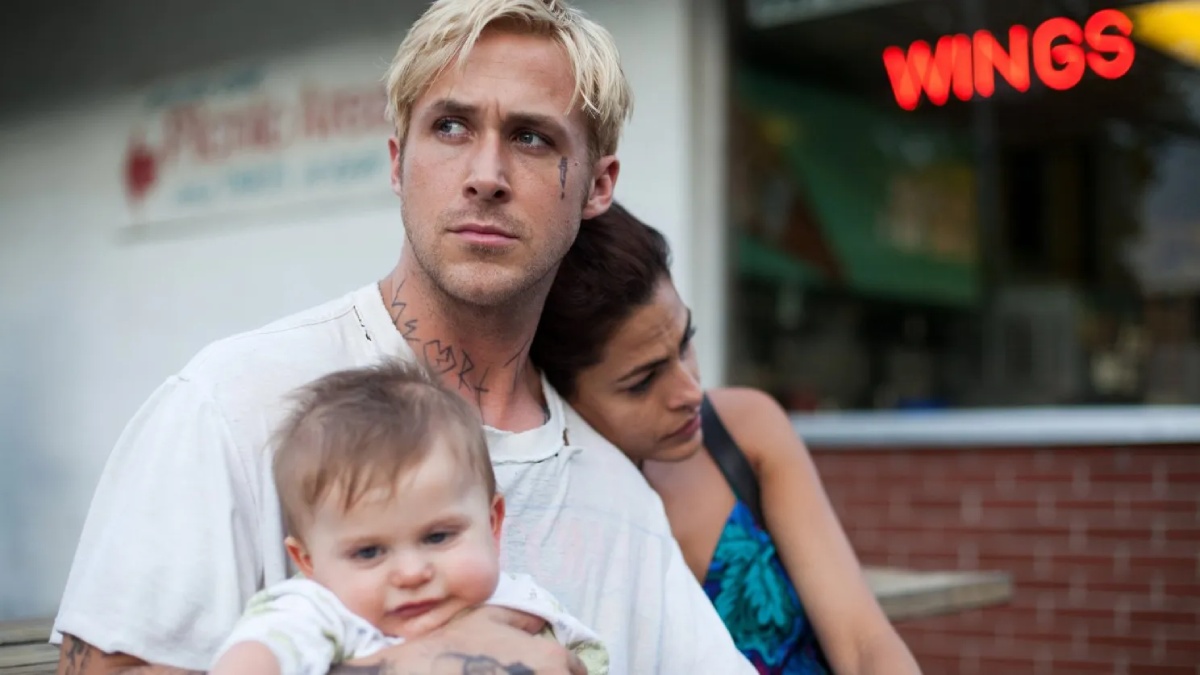 Ryan Gosling and Eva Mendes in The Place Beyond the Pines

Shot in Schenectady, NY, the upstate town where Cianfrance and his wife grew up, The Place Beyond The Pines allows the texture of small town life to give its story depth and dimension. The production turned to real places and people whenever possible, including as Cianfrance recounts, “real banks with real bank tellers and bank managers who had been robbed before.” Stylistically, Cianfrance looked towards reality TV shows like Cops and World's Wildest Police Videos to drive his action scenes. Rather than depend on stand-ins and rapid editing to structure the high-octane performances, Cianfrance allowed his actors to play out their roles to the fullest extent possible. To carry off daring escapes and death-defying exploits, Gosling trained with stuntman legend Rick Miller to be able to ride his motorcylce like a pro. 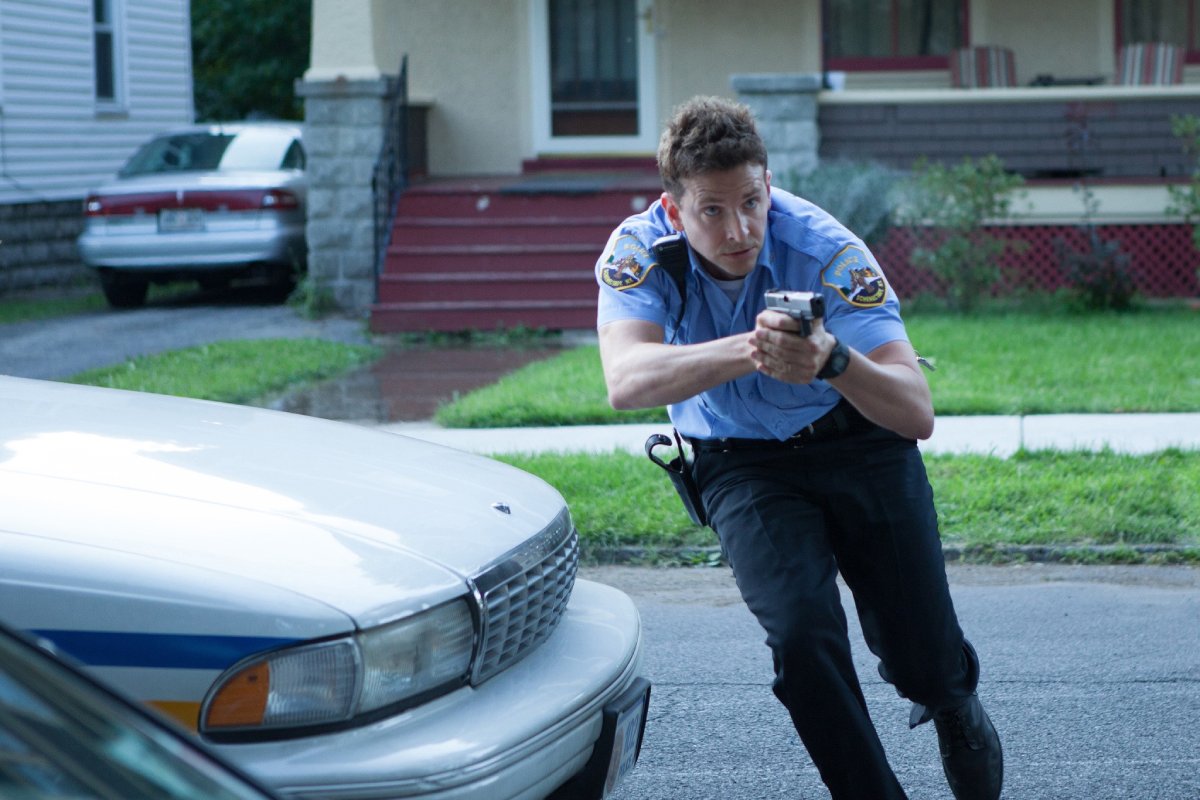 Bradley Cooper in The Place Beyond the Pines

This attention to detail defines Cianfrance’s aesthetic. “He makes these wildly cinematic movies,” notes Gosling. “He tees it up for the actors to be natural because he puts so much work into the environment.” While The Place Beyond The Pines feels, as The Observer noted, “fresh, original and breathlessly exciting,” it also reclaims a place for classic, epic cinema. “This is great American cinema of the type we keep worrying we've already lost,” proclaimed The Telegraph. It is not simply that the visual and stylistic scope of the film expands to fit its ambitious story, but that the story also stretches to be more than just an exciting movie. “This is a film that desires to say something about how we relate to each other,” expresses The Playlist. “A brilliant, towering picture, The Place Beyond The Pines is a cinematic accomplishment of extraordinary grace and insight.”