From Ang Lee to Nisha Ganatra, five directors who are refiguring American cinema

Federal legislation in 1993 designated May as Asian-Pacific American Heritage Month, a period for local and state groups to recognize the accomplishments of Asian-Pacific American people as well as address the challenges still facing them. The month of May was chosen for two significant historical markers. The first being that Japanese immigrants arrived in the United States on May 7, 1843, and the second being that on May 10, 1869, the First Transcontinental Railroad was completed, a monumental project that was only made possible by the large number of newly immigrated Chinese labors who worked on it. Incidents in the last year have made it more important than ever to celebrate the Asian-Pacific population's achievements and shine a light on their presence as an essential part of the American fabric.

To celebrate Asian-Pacific American Heritage Month, we are spotlighting five Asian American filmmakers whose contributions have been essential to creating a new American cinema. 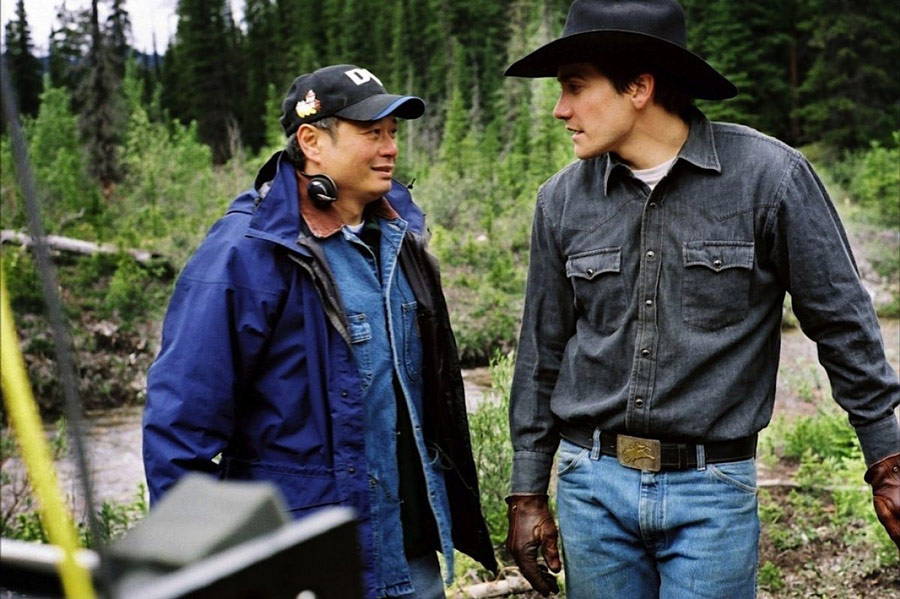 Director Ang Lee with Jake Gyllenhaal on the set of Brokeback Mountain.

Born in Taiwan, Ang Lee moved to the United States in 1978 to study filmmaking, eventually receiving his MFA from New York University’s Tisch School of Arts. The three-time Oscar®-winning director is recognized today as one of the world’s greatest filmmakers. One of Lee’s greatest talents is his uncanny ability to find the dramatic heart of any story, no matter what its genre, nationality, or language. From recounting the heart-wrenching tale of two cowboys falling in love in 1960s Wyoming in Brokeback Mountain to the jubilant emergence of America’s counterculture in upstate New York in Taking Woodstock to the steamy suspense of a spy ring in Japanese-occupied Shanghai in 1942 in Lust, Caution, Lee divines the emotional truth that connects his characters. "As a film director, I have to be able to capture the flavor of a particular place,” explains Lee. "But the ultimate goal is to explore human nature through the prism of culture, which is universal.” But even as he explores new worlds with his films, Lee never loses the identity he formed growing up in Taiwan. “Whatever I do, whatever I absorb outside [of Taiwan], my nature remains very Taiwanese,” explains Lee. 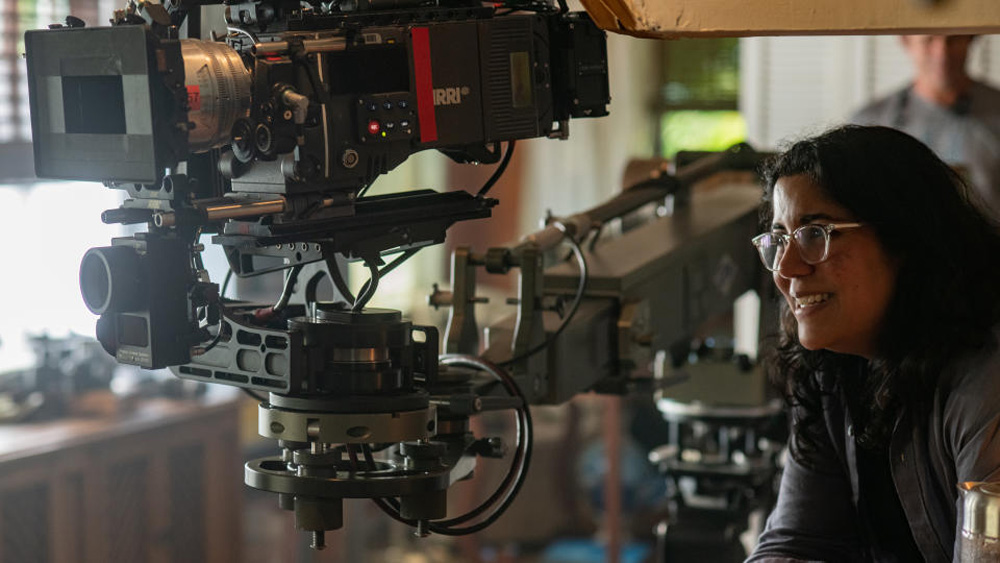 Director Nisha Ganatra on the set of The High Note.

Born in Vancouver to Indian parents, Nisha Ganatra found inspiration as a young artist in everything around her. “I was this nerdy Indian girl. Madonna, Raj Kapoor, the AIDS movement of the ’80s — all of that made me take up filmmaking as a career,” Ganatra explains. While she explored her Indian heritage in her breakout comedy Chutney Popcorn, Ganatra has learned from directors like Ang Lee that “you can tell a story in any language and in any culture and as long as you are true to the details.” In her comedy, The High Note, she took this message of cultural empathy to heart in capturing the friendship between two very different women in the entertainment industry. “The thing that is important to me is to show women turning towards each other, and being the greatest allies towards each other, helping each other achieve their dreams so that we rise together,” Ganatra exclaims. 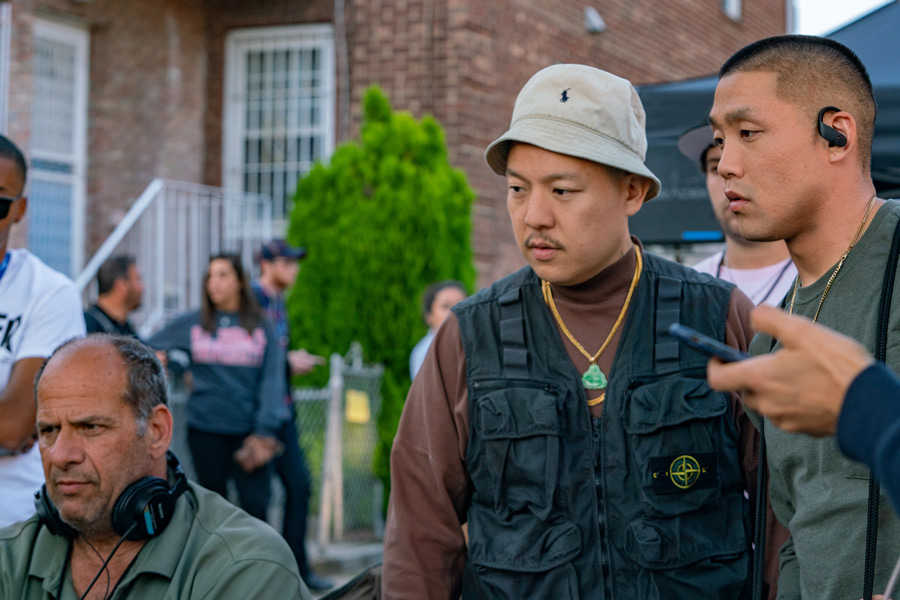 Writer/director Eddie Huang on the set of Boogie with Taylor Takahashi.

Born in Washington, D.C., the son of Taiwanese immigrants, Eddie Huang grew up between two cultures, a schism that he has explored in his many different careers, from author to restaurateur to film director. In Boogie, Huang wrote and directed a story about Alfred “Boogie” Chin (Taylor Takahashi), a teenager caught between his dream of being an NBA star and his first-generation Taiwanese parents’ sense of duty. As an Asian American artist, Huang understands the necessity of staying true to his unique experience. "I wanted to make my definitive Asian American coming-of-age story,” exclaims Huang. “This is not everyone's Asian American coming-of-age story. But it's mine." However, the more specific Huang is about his own experiences, the more he resonates with other people. “As a story about a high-school senior unsure about his future, coping with a volatile family and falling in love for the first time,” writes The Wrap, “Boogie is genuine while weaving Black, Hispanic, Asian and White teenage New Yorkers together with effortless ease.” 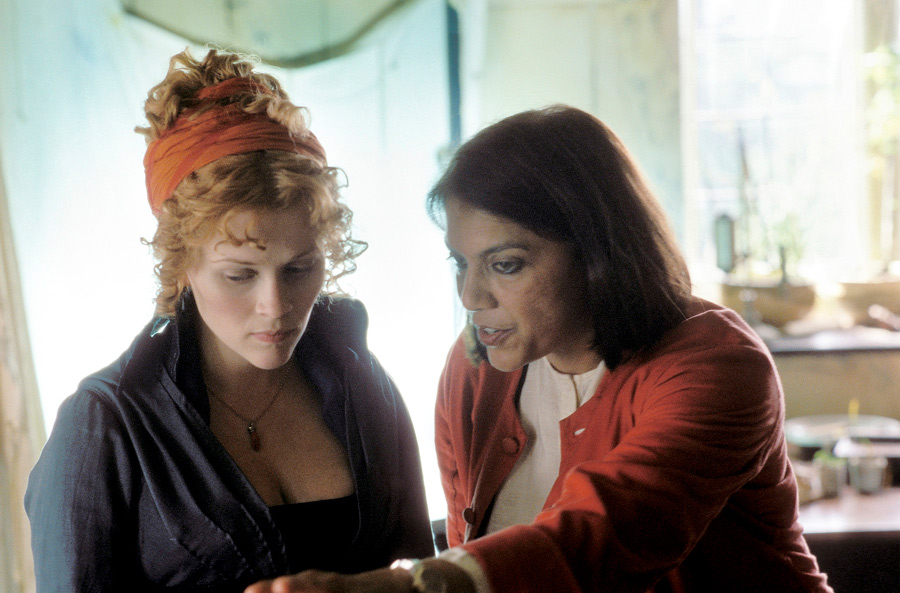 Reese Witherspoon and director Mira Nair on the set of Vanity Fair.

Indian-born Mira Nair moved to the United States to study acting and filmmaking at Harvard before returning to India in 1988 to make her award-winning Salaam Bombay! In her work, she regularly moved between India and the United States, creating such acclaimed films as Mississippi Masala, Monsoon Wedding, and Vanity Fair. For Vanity Fair, Nair was inspired by her connection to the novel's author, William Makepeace Thackeray. Born in Calcutta, Thackeray was for Nair “this ultimate outsider in his own society… He always looked at his own society from the eyes of someone who was both inside it and outside it.” Scripted by Downton Abbey’s Julian Fellowes and starring Reese Witherspoon as Becky Sharp, Nair’s Vanity Fair recreates the rollicking comic novel through the eyes of an Indian American filmmaker. “The brilliance of Nair’s vision,” explains The Spool, “is how she takes the images, references, and suggestions of India latent in the original text and brings them to the ultimate fore.” 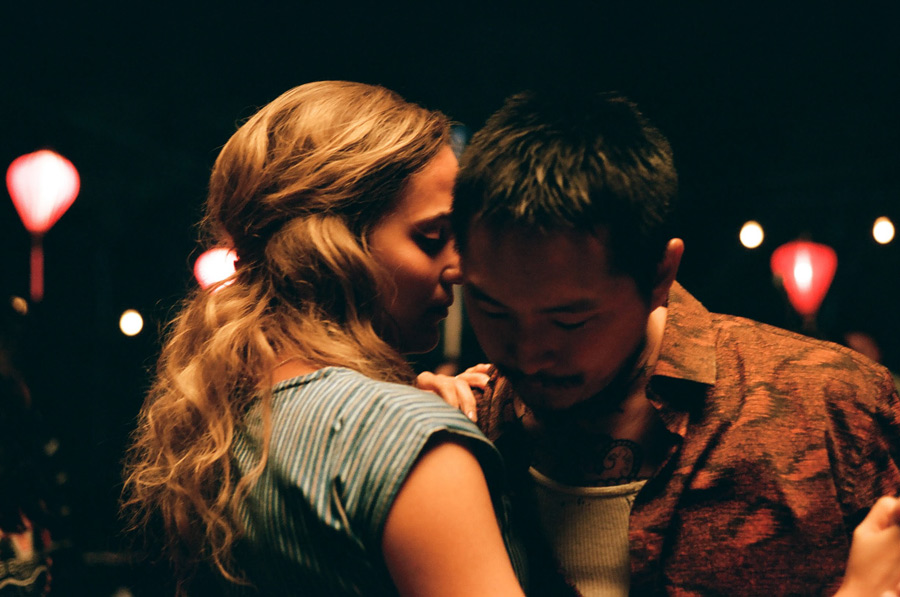 Born and raised in Southern California, Justin Chon, the son of two Korean parents, never loses sight of his heritage. “I’m Asian American, and yes, I am identified by that, and I think that’s something to be proud of instead of shying away from,” explains Chon. Starting as an actor, he gained international attention starring in the Twilight series before adding writer/director to his resume with his first feature, Man Up, in 2015. His 2017 Gook won critical acclaim for its provocative story about Korean Americans and African Americans in Los Angeles in the wake of the Rodney King verdict. In his upcoming feature Blue Bayou (in theaters June 25), Alicia Vikander, Chon, Mark O'Brien, and Emory Cohen star in a story about a Korean adoptee raised in a small town in the Louisiana bayou being threatened with deportation. “I really think of myself as an artist that tries to do (stories with) specificity, explains Chon. "What I care about is bringing empathy to us, so all my films have a very strong Asian element to it."