How Hollywood's Biggest Deals Get Made: A Conversation with Kiska Higgs

The woman behind Focus Features' newest titles opens up about favorite film festivals and finding the best movies in the world.

As a girl growing up in California, Kiska Higgs knew she wanted to be a part of the film industry. “I was always fascinated by Hollywood history and the studio system,” she explains. "When I was a teenager in the '90s, all those stories about the agencies run by [NBCU Vice Chairman] Ron Meyer and Mike Ovitz were really exciting to me." After cutting her teeth as an agent trainee at Endeavor (now WME), Kiska began at Universal/Focus in 2005, working for now-Chairman Donna Langley. From there, she became a creative executive at Universal Pictures, spearheading such hits as Pitch Perfect and American Reunion before spending time in Universal's international office in London. In 2016, she joined Focus Features and is now Senior Vice President of Acquisitions and Co-Productions.

Though she works out of the Focus HQ at Universal Studios, Kiska is rarely ever in one place, frequently traveling to film festivals and visiting production sets. After returning from the Cannes Film Festival, where Sofia Coppola's The Beguiled had its premiere, Kiska sat down to share some insight into her role at Focus, what she looks for in movies, and to tell us whether the famed fest is as glamorous as it seems. (Spoiler alert: It is.)

How do you explain what you do to people who are not in the film business?

I acquire and supervise films at different stages, anywhere from a script all the way through to a finished film, for Focus Features or Focus World to distribute. Part of that is giving script notes, helping with casting, going to set, looking at dailies, giving cut notes, going to previews. I also work with the team based in L.A. and London to acquire films for us to distribute in international markets, like we did with Boyhood, The Witch and Manchester by the Sea.

"Fundamentally, it has to be a story that moves us."

When you are looking at movies, what makes you think this would be a great Focus film?

There are a lot of things that can be Focus movies. Fundamentally, it has to be a story that moves us. Also, we're extremely filmmaker driven, so it has to have a real voice and a message. Focus is really interested in stories that can resonate across the world. They might be very specific personal stories, but that can play in Germany or Latin America. It's really a gut reaction.

Attending film festivals is a big part of your job. Can you explain why?

Film festivals, some of which are also film markets, are venues for us to watch movies from around the world both for acquisitions and for talent, and also to premiere our own films. Various members of the team go to Sundance, Berlin, SXSW, Tribeca, Cannes, Telluride, Venice, Toronto, Sitges, San Sebastian, London, New York, and AFM (American Film Market). Each has its own flavor and rhythm (and wardrobe) and is great in its own way.

Which is your favorite?

You can't beat Cannes. First of all, it's the south of France. The glamour is just undeniable. I know they get a lot of flack for banning selfies and flats on the red carpet, but that structure of having to dress up in black tie for movies is amazing. When "The Carnival of the Animals" music comes up before each screening in the Palais, it really does give you tingles, even if it's noon on a Tuesday. 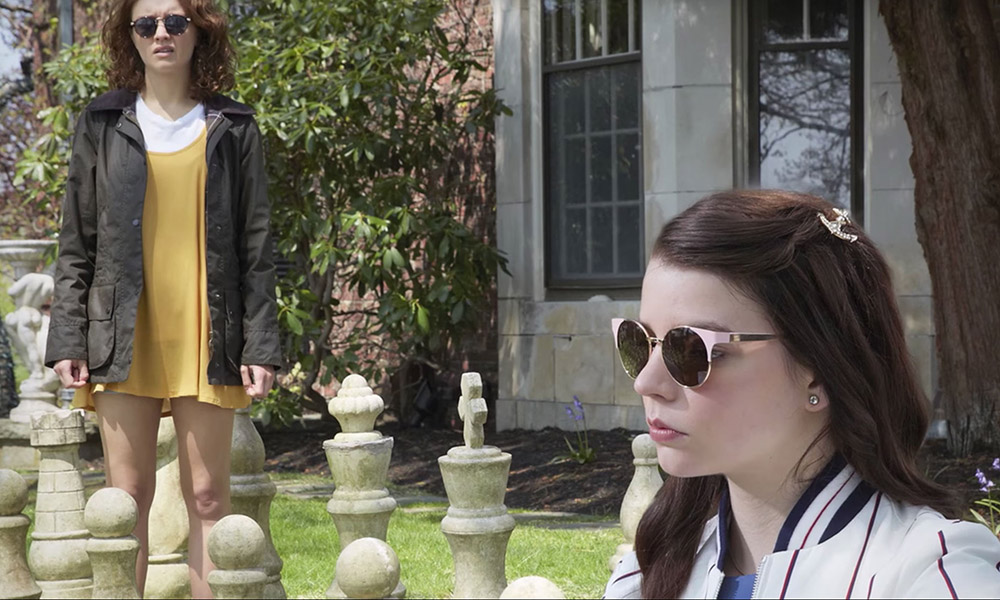 Do you always get to see completed films?

It depends. Sundance is a festival but not a market, so there it's all completed films. Berlin and Cannes are both festivals and markets. That means that we take meetings with sales agents about films not yet in production, and we also go to screenings. We bought Loving after watching some footage at the Berlin Film Festival, and then released it later that year. The movie was done, but buyers were only shown eight minutes of it. At Sundance this past January, we bought Thoroughbred, which was a finished film. That was Cory Finley's directorial debut off his play, which he did brilliantly. It's been called "Heathers meets American Psycho." I can’t wait for more people to see it.

What about the films that were just acquired in Cannes: Pope Francis--A Man of His Word and Little Stranger?

Little Stranger has both romance and chills. It's a supernatural drama set at a country house. It also deals in a really compelling way with Britain’s post-WWII class issues. Director Lenny Abrahamson, who did Room and Frank, will start shooting in mid-July. Pope Francis--A Man of His Word we bought off a two-minute clip of the Pope talking to camera about his thoughts on death. The idea of the film is that the Pope answers all the world’s questions! Wim Wenders is directing that, and obviously he’s an icon in his own right.

"We finalized [Loving] at a small wine bar in Berlin, and then went out dancing until 5 a.m."

Tell us the story of how Loving came to Focus.

It was a long night of negotiations in Berlin that took place over four different restaurants. We started out talking about terms with agents from CAA, which was representing the film, in a dark corner at Soho House. Then I went off to my dinner, where I was sat across from one of my friends at Amazon, who kept having to excuse himself to do his side of the negotiation. They were bidding on it, too, while we had wiener schnitzel. Then I rejoined the guys [Focus Chairman Peter Kujawski, COO Abhijay Prakash, and President Robert Walak]. They were sitting outside of Jeff Nichols' Warner Brothers celebratory dinner for Midnight Special, in the bar. We cornered Jeff and his team as they were on their way to bathroom, which was hilarious. We finalized the deal at a nearby wine bar and then went out dancing until 5 a.m.

Which films are you excited about coming up later this year?

First we have Atomic Blonde with Charlize Theron. It's a powerhouse performance and an awesome ride. Then we have Victoria & Abdul, which is such a crowd pleaser but also really tender and funny and warm-hearted. Then Darkest Hour, which is magnificent. The Paul Thomas Anderson film comes at Christmas time. It’s under lock and key but we’re very excited about it.

To learn more about the people and films of Focus Features, sign up for the Focus Insider newsletter. You'll be first in line for free advance screenings, world premiere travel packages, weekend set visits, and so much more!