We celebrate Winston Churchill Day on April 9 because that is the date in 1963 that President John F. Kennedy made the legendary British leader an honorary citizen of the United States. Kennedy emphasized how “his bravery, charity and valor, both in war and in peace, have been a flame of inspiration in freedom’s darkest hour." Sixty years after Churchill rallied his country in the face of an uncertain future, his words and actions still provide us important lessons in leadership. In Darkest Hour, Joe Wright revisits that period in the Spring of 1940 when Churchill (played by Gary Oldman in an Academy Award®-winning turn) faced down his own doubts to give the British people a future to fight for.

To celebrate Winston Churchill Day, we’re re-watching Darkest Hour. The rousing story of how Churchill managed a national crisis provides us poignant lessons for our own times, affirming The Washington Post's claim that Darkest Hour is "the movie we need right now.”

The official trailer for Darkest Hour.

Churchill turned his doubts and fears into his greatest assets.

In May 1940, Churchill was chosen to replace Neville Chamberlain (Ronald Pickup) as England’s Prime Minister because he was the only candidate whom the opposition party wouldn’t oppose. With the slimmest of support, Churchill stepped up to lead his nation during its greatest peril. For Joe Wright, the film is about “a man who is placed in this impossible position where no one wants him, and who suffers a massive crisis of confidence and doubt. And through doubt, he discovers wisdom.” With clarity and confidence, Churchill followed his belief that Britain must fight on, a conviction that gave his nation a reason to carry on. 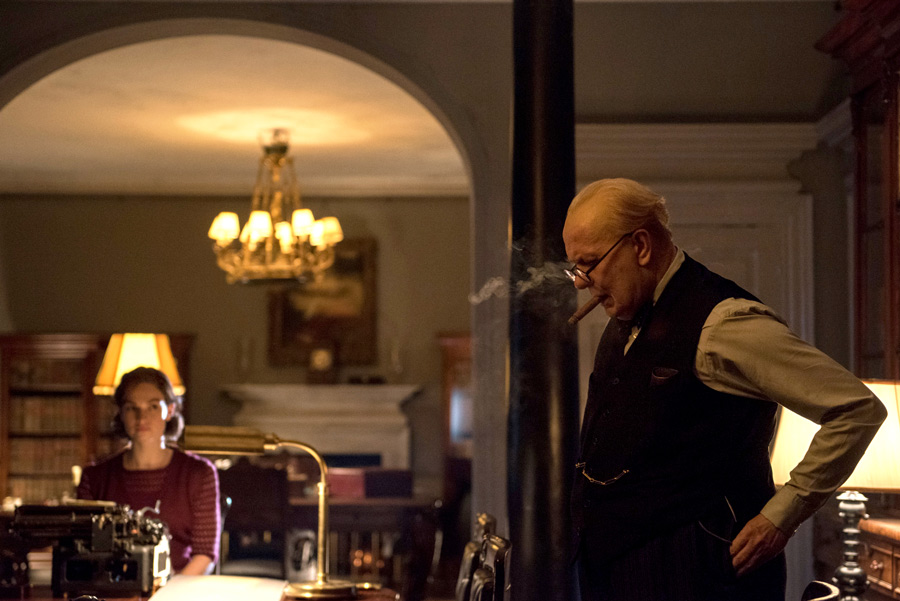 Churchill spoke the truth, no matter how difficult.

For Britain in 1940, the future looked bleak indeed. After conquering much of Europe, the Nazi forces were perched on the other side of the English Channel, ready to invade. As politicians, like Lord Halifax (Stephen Dillane), sought to cut a deal with Germany to avoid an invasion, Churchill refused to back down. His clear-eyed assessment of Nazi aggression made appeasement impossible. “Churchill’s virtue in this moment was to see the truth more clearly than others did, and to understand both the absolute necessity and the arduous difficulty of fighting the Nazi regime to the death,” explains RogerEbert.com. 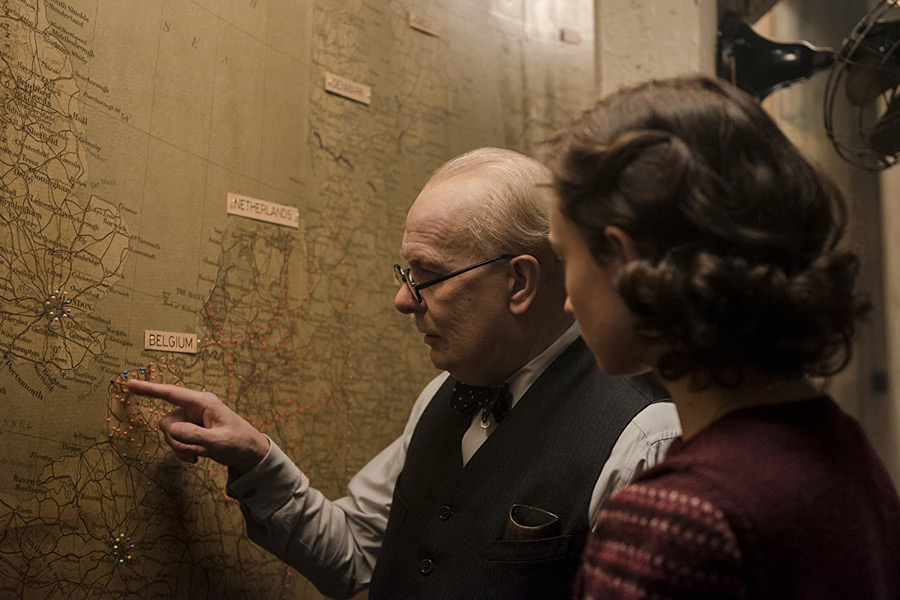 Churchill used his words to unite, rather than divide.

In a time of uncertainty, clarity is everything. In delivering his speeches to Parliament and the British people, Churchill, as Lord Halifax comments in Darkest Hour, “mobilized the English language and sent it into battle.” Each address inspired hope, motivated action, and engendered a sense of connection and community. In 1953, when Churchill won a Nobel Prize, it was not the Peace Prize, but the award for literature. In writing the screenplay, Anthony McCarten understood from the start his portrait of Churchill “is really a study in the power of the word and he’s the personification of that, of the proposition that words can be enlisted to change the world.” 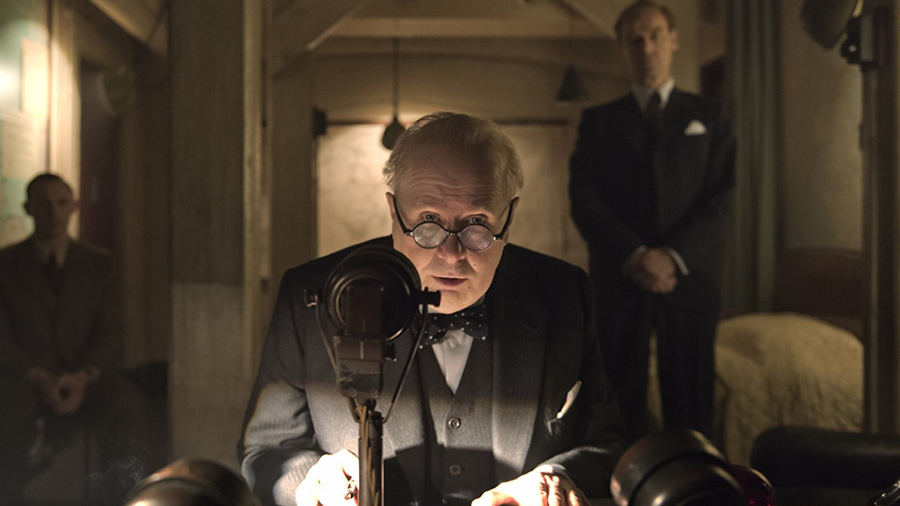 Churchill's speeches moved and consoled a nation in Darkest Hour.

Churchill trusted in the power of the people.

Although the scene in Darkest Hour where Churchill rides the London Underground talking to common citizens is fictional, it exemplifies his deep belief in the British people. When the British Expeditionary Force were pinned down at Calais and Dunkirk, Churchill’s Operation Dynamo enlisted help from everyone, asking for ships of all kinds (trawlers, fishing boats, private yachts) to help evacuate the soldiers. Days later when the operation proved a rousing success, Churchill paid tribute to the people's spirit and steadfastness in his immortal “We shall fight on the beaches” speech. As Wright explains, “Over the course of the movie, he comes into an intense union with the public, to the point where he is then able to speak their hearts.” 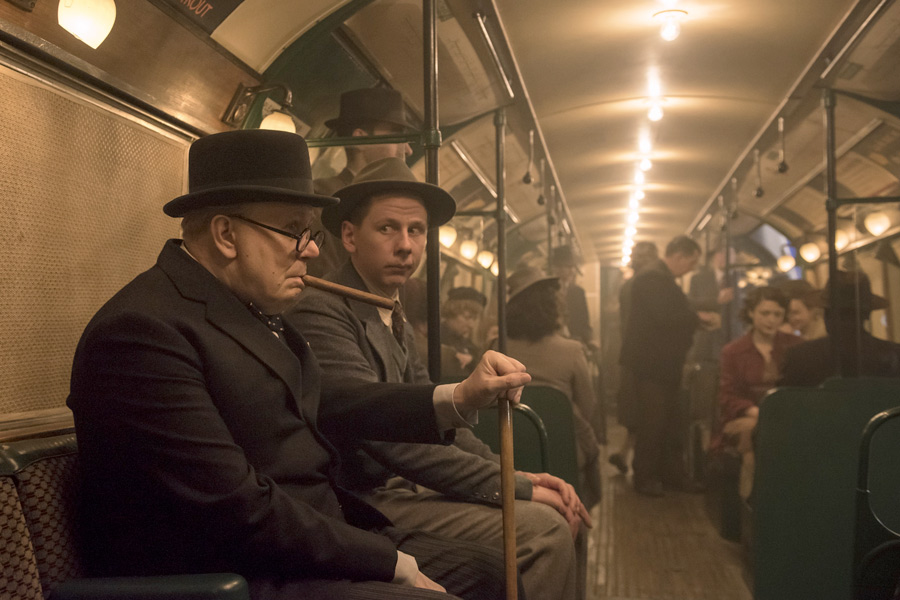 Churchill connected with the common man in Darkest Hour.

Churchill gave a troubled nation what it needed most—hope.

At a time when both the present and future looked unbearably bleak, Churchill gave England a reason to fight on. In his words and actions, Churchill reassured a frightened population that they would get through this. “The film’s pervading sense of hope and decency in the face of seemingly unstoppable fascism,” notes USA Today, shows how it is “victorious in adding dimension to an iconic statesman.” 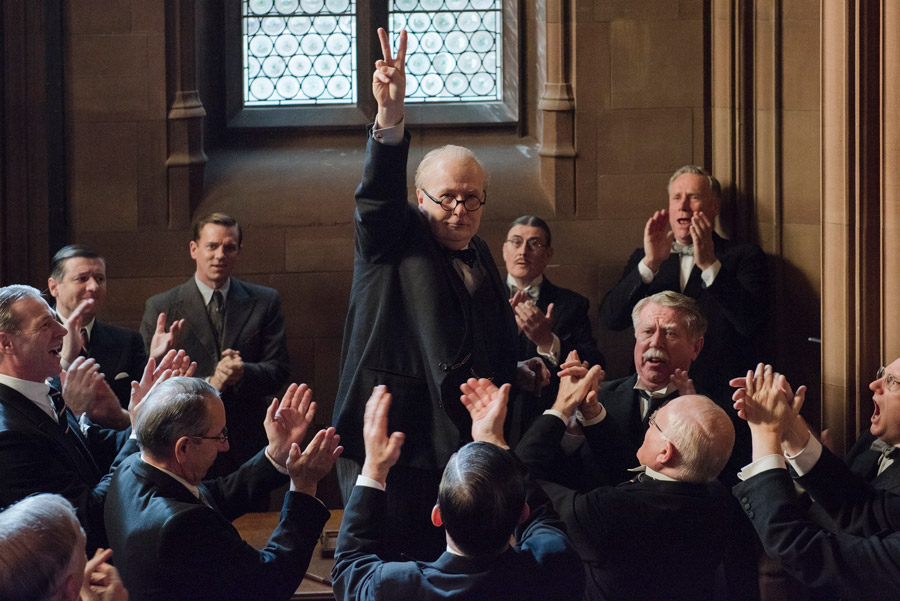