There’s a certain poetic justice to Kasi Lemmons’ Harriet—in theaters November 1—having its world premiere at the Toronto International Film Festival. In the film, the legendary freedom fighter Harriet Tumban (Cynthia Erivo) led scores of enslaved people to freedom by safely bringing them North via the Underground Railroad. Erivo—along with a remarkable cast which includes Leslie Odom, Jr., Janelle Monáe, and Joe Alwyn—brings to life this never-been-told, but incredibly timely moment in history when those born into slavery stood up to an inhumane system, saving the lives of hundreds in the process. “To see a story of human courage about a woman who is this brave and this strong and this single-minded, it’s a wonderful time for that,” Lemmons exclaims. Critics and audiences have also been moved by this powerful tale of tyranny and liberation. Here are just a few of the reactions after the standing ovation at its premiere in Toronto. 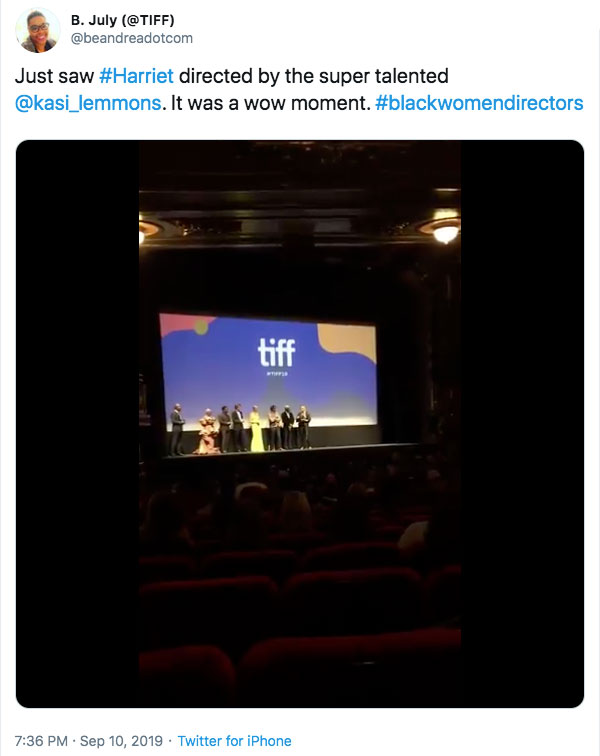 And, of course, Cynthia Erivo's performance was all the buzz.

There's already lots of chatter about Cynthia being closer to her EGOT. 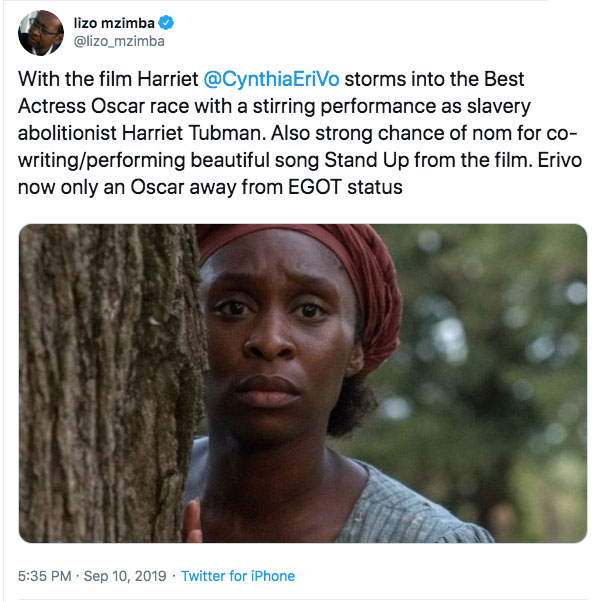 Her performance also had many critics mesmerized. 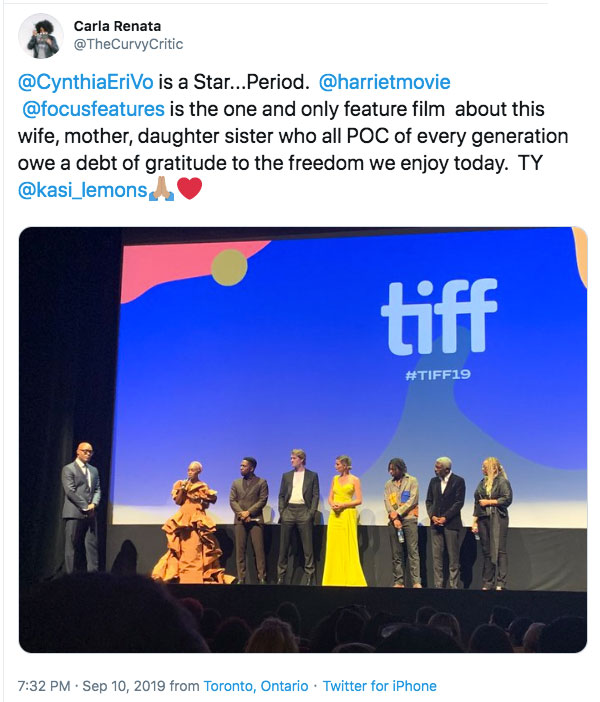 But the entire cast played a part in blowing the audience away. 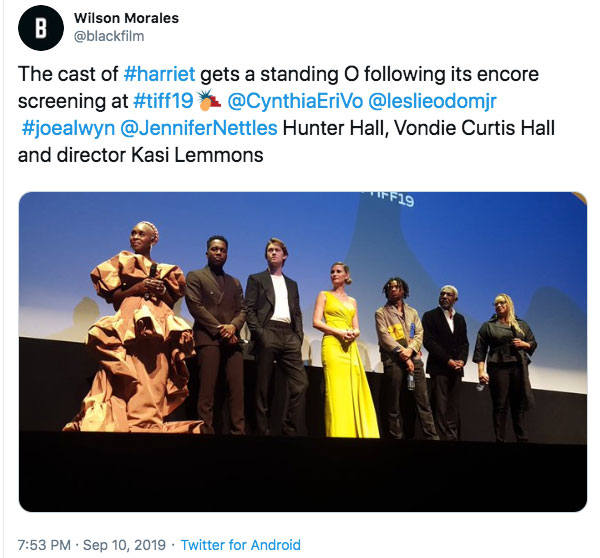 ...for the amazing untold story of an American hero. 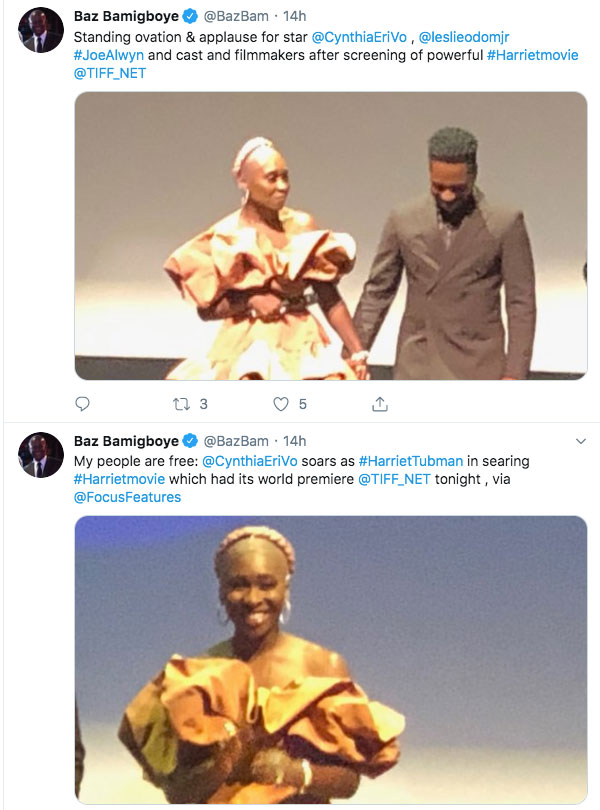 Harriet is in only in theaters November 1.