Doing Ruth Bader Ginsburg Justice: Creating The World Of On The Basis Of Sex

Mimi Leder’s On the Basis of Sex follows the career of Justice Ruth Bader Ginsburg (Felicity Jones) through three of her most formative decades. Starting in the fifties when she meets the love of her life (and future husband) Martin Ginsburg (Armie Hammer) and battles the old boys' club attitudes of Harvard Law School, the film sweeps through the sixties and seventies when she pioneered sex-discrimination law. Its conclusion, a landmark 1972 appeals case in Denver, marks the first and only time the future Justice worked together with her husband in court. To recreate such a wide span of history, Leder turned to her friend and colleague Nelson Coates. Having conjured up cinematic worlds for everything from Crazy Rich Asians to his Emmy-nominated work on The Stand, Coates jumped at the chance to pay homage to a personal hero.

We spoke with Coates about how he dressed three different decades in one city, his secret to getting period dramas just right, and his gratitude for Justice Ginsburg.

How did you get involved with doing the production design for On the Basis of Sex?

I've known Mimi for about sixteen plus years, having worked with her on several projects. She was so excited about this. I had not heard that much passion in her voice in a long time—if ever. I wanted to be involved no matter what, but at the time I was in Singapore finishing Crazy Rich Asians. When Felicity came on, the schedule shifted and allowed me to join the film. After wrapping Crazy Rich Asians at one in the morning on a Tuesday, I was on a flight headed to Los Angles. At noon the next day, I was in Robert Cort’s office meeting with him and Mimi. At that meeting, I explained there was very little heritage architecturally left in Toronto—where they were planning to shoot—especially at the scale we needed to pull off street scenes set in the fifties and sixties. We needed to be in Montreal. A week later they flew up to meet me in Canada. We all agreed we needed to be in Montreal to show off period New York in a way that you can’t even get in New York anymore. 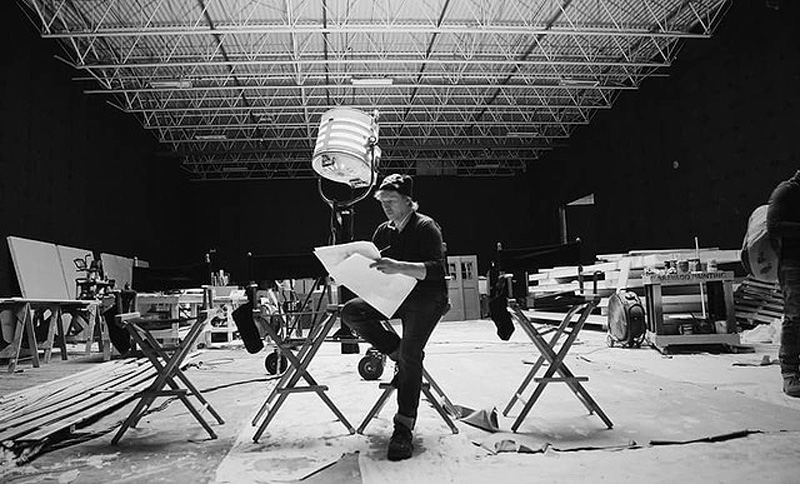 Nelson Coates on a film set

You cover a lot of ground in this film, moving from Harvard in the fifties to New York City in the seventies. How did you approach that?

We had 83 sets and locations in 34 shooting days representing five cities in four different years. It was a lot. When I do a period film, I tell my crew it's like going to another country. You think you know it, but you find out how vastly different it really was when you do the research. During production, I created huge walls of research so everybody working on the production could see the film’s narrative arc visually—the colors, the textures, the changing technology. We had every photo I could find of Justice Ginsburg during that period on the wall, as well as a collage of hairstyles, clothing and other things from the period. We had a whole section dedicated to the changing technologies of those periods. For example, while push button phones had been invented they weren't in use until 1978. We decided just to have rotary phones on set. We only had one photo of the Ginsburgs’ New York City apartment in the seventies. She is sitting on a sofa with art on the walls behind her. We used that photo as a springboard for the way the rest of the space would look based on blueprints we found from buildings with similarly sized apartments.

Did you get to work with Justice Ginsburg during the production?

During prep, I told the production team that I really wanted to meet the Justice so that I could get a sense of how she lives. We were told she'd been living in her Watergate apartment for the last 25 years and didn't have anything from her time in New York. I felt meeting her would still help. You don't often get the opportunity to meet the person you're designing a set for. During my visit with Justice Ginsburg, we found a glass coffee table with chrome legs that she’d had in New York. Seeing a grand piano in her apartment, I asked about her playing and found out that she’d had a spinet piano in New York. By the time we finished our visit, I had found fourteen things she’d actually had in the seventies in New York. There was a Richard Avedon photo of her and Jane as well as one of Jane which we replicated with Felicity and the young Jane. There were also photos of her mother and of Martin’s family that we replicated.

A clip from On the Basis of Sex with Felicity Jones, Cailee Spaeny, and Armie Hammer shows off the Ginsburg apartment

How did you create a look for each of the eras?

Early on in the production, costume designer Isis Mussenden, DP Michael Grady, Mimi, and I talked about finding a gently worn feel for each of the eras. We wanted Harvard to feel very cozy and old world, kind of like an old boys' club. There was a very woody, historical feel to the buildings and classrooms. The colors were very dark. For the Ginsburgs' home in Cambridge, I wanted to show off a little of their humor. We made their house—which is actually a set—brighter and in the fashion of the day. We got the rights to three of Justice Ginsburg’s favorite operas and found posters of them that both she and Mimi liked. As Marty and Ruth went from place to place, those opera posters went with them.

What was the palette for the later part of the film?

For the seventies, we really wanted to use the earth tones of the period, as well as the brutalist architecture that was at the Rutgers Law School in Newark. Justice Ginsburg was so excited with what we did with her office because she felt like the film captured exactly the feel of that place with its IBM selectrics and furniture. To recreate the Denver courtroom, we found an old convent in Montreal that was being turned into condos. It had these faux columns on the side that allowed us to make the courtroom any size we needed. For Harvard, we used various classrooms at McGill University, but we had to change everything to make it fit the period. We had to cover the light fixtures and make leather sleeves for the seats because they were too modern. 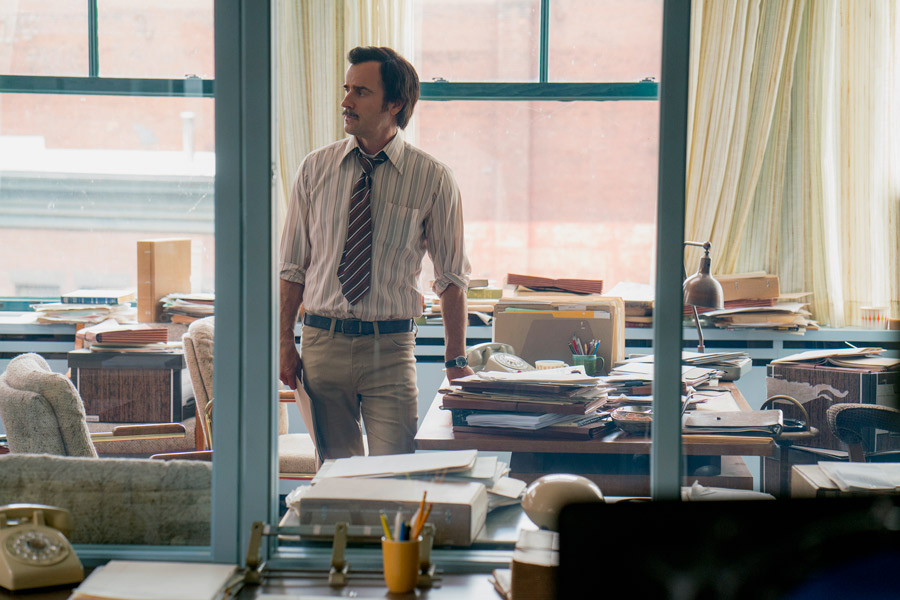 When you were designing the sets, were there particular movies that were helpful?

We wanted to have a Michael Clayton feel to the sets, a sense that there is this tightening knot in the story. It is not just a biography. There is also this element of her cracking a case. We did look at several period pieces to see what we did not want to emulate. We didn't see this as a courtroom drama, but as the origin story of an icon. We wanted to focus on her and her development rather than on the "you can't handle the truth" histrionics of a courtroom—which really didn't happen anyway. The decisions in appellate courts don’t come out for months.

Ruth Bader Ginsburg is such an American icon. What makes her special to you?

She has been a hero for me for so long. I don't think there is a finer example alive of a person who has worked so diligently to make life better for so many people. She has done so much for so many people, from the LGBTQ+ community to women to immigrants. The level of care that she has exercised to change the rights for people—it's stunning. I kept telling everyone we had to do Ruth justice in this film. Even though it was a brutal schedule, we could not fail Ruth. She worked tirelessly for people she didn't even know her entire life. When am I going to have the opportunity to show the depth of my gratitude for all she has done?