Secrets and Truths: A Q&A With Javier Bardem

The legendary actor talks to us about Everybody Knows, working onscreen with his wife, and how simply being truthful can break language barriers

Academy Award®-winning writer/director Asghar Farhadi's (The Salesman, A Separation) latest film Everybody Knows explores the complicated web that secrets within a family can create.  Laura (Penélope Cruz) visits her hometown in Spain for her sister’s wedding along with her two children. However, the joyful occasion soon turns into the unimaginable after her daughter is abducted, community tensions surface, and deeply hidden secrets begin to reveal themselves. Variety calls it "Compulsively absorbing. A jigsaw puzzle of a film."

Javier Bardem stars alongside Cruz in the film as Paco, an old friend from Laura’s past who is devoted to helping her get her daughter back.  In celebration of the trailer’s release, we sat down with the Academy Award® winner to discuss the film Everybody Knows, working onscreen with his wife, and how simply being truthful can break language barriers.

Get tickets to see Everybody Knows, in theaters February 8.

The official trailer for Everybody Knows

Asghar Farhadi is certainly one of the great filmmakers working today. Was he someone you wanted to work with?

I didn’t know of his existence until I bumped into a movie theater where A Separation [was playing]. I heard of this movie, and when I watched it on the big screen, me as an actor was elevated to the highest altitude—emotional, spiritual altitude—artistic altitude that any actor can feel while watching other actors work. And I thought, "If only one day I could speak Farsi to work with such an amazing director. But that won’t happen." Well, all of a sudden he appears! We met. That was two years after I saw that movie, and we sat down and he told me he had a movie that he was thinking about making—a movie in Spain in Spanish, which surprised me a lot. I thought that was very brave of him. And then 4 years after, we were shooting it. What a gift, what a coincidence. Of course I was dreaming of working with someone like him.

Is that how you got involved with the film?

You know those things called "general meetings"—when you sit down with people that you truly admire and would love to work with? That was the case. We sat down, [and] there was nothing specific to speak about, but more on sharing views, points of view, and love for what we do. I showed him my willful desire to work with him, and that’s when he said, "I may go to Spain to shoot the movie." And I think he thought about the story once he knew Penélope [Cruz] and I were interested. Before that, he had an idea but he didn’t know where to place it. And then everything started to form and take shape.

Ricardo Darín, director Asghar Farhadi, Penélope Cruz, and Javier Bardem on the set of Everybody Knows

Most of Farhadi’s films have taken place in Iran or in Iranian culture. How was it working with him in a story set in Spain? Did you have to help him understand the Spanish culture?

The more I think about it, the more I understand that neither I nor anybody else in the crew—actors or technicians—were worried at all by the fact that he was an Iranian director that doesn’t speak any Spanish working in Spain. Why is that? Because we all understood that he’s in the top league of any film director, meaning he is a master. He’s a master of creating situations, creating dialogues, creating performances, creating storylines... He’s always pointing and aiming to the soul of what those human beings are going through and how they try to fix or save themselves, and that’s beyond any language.

Of course language is important because it’s where we communicate the thought, but we knew that he understood perfectly what was truth and what was not, what was organic and what was not, what was natural and what wasn’t. And every time he came to any of us to say a note, he was totally right. We were faking it, we were untruthful, we were lying, we were pretending. And [then] sometimes I will go and be more free or more inspired and will let myself go and flow with text, and I will add one thought and one word here and there that I felt was needed in that moment, and he totally got it. He'd say, "Yes, that was a good one." So I never was worried about this lost in translation thing. 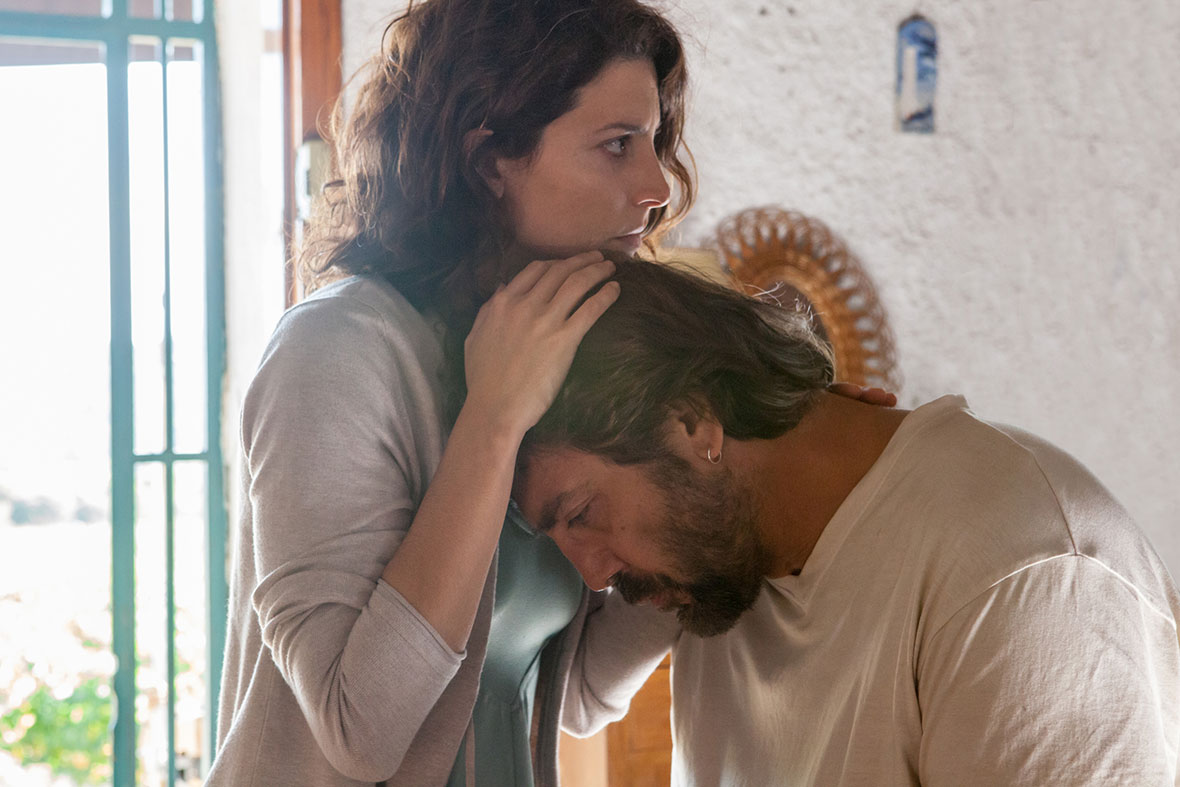 Bárbara Lennie and Javier Bardem in Everybody Knows

It seemed like you had worked really closely with Asghar Farhadi to develop the character of Pablo, someone who's faced with unimaginable crisis. What was that experience like?

It’s a total pleasure! When you are working in theater, most of the time you are working with classic texts that are perfectly constructed in order to be performed. But in movies, that’s not the case. Most of the movies you have to really dig into the dialogues, work closely with the writer/director, try to find your place in it, and it’s a hard process. Making movies is not only performing, it’s about really finding yourself in that character. In this case, we were bringing in ideas and [Farhadi] was working on those, but the dialogue, the situation, the scenes, the characters, the relationships, the circumstances were there, and that’s the pleasure. It’s like, "Oh my God! I only have to get up and fucking perform!" That’s what I do. That’s what I love to do. When you have a basis [that's] so well-constructed and so inspired that [Farhadi] brings to the actors, it's a pleasure. And then you have to dive into the pain. My job was way easier than Penélope's, because she had to stay in that emotional state for four months.

But even though, we do it with pleasure because we know that we are in service of something bigger than us. Hopefully our pain is going to connect with somebody else’s pain that has to do a lot with what she’s watching in terms of personal experience, of somebody that she knows or he knows, and that will have a resonance with them. That’s what we do with for our jobs... to be a communicator of somebody else’s ideas.

You’ve worked with your wife Penélope Cruz in a number of films. What was it like working with her on this film, which is such a suspenseful thriller as well as film of family dynamics?

We were really well trained by doing Loving Pablo before this. That was really our first movie being a couple. And funny enough we passed from not working together for a long time to making two in a row, one after the other. Loving Pablo finished 2016 and this movie was the middle of 2017.

The relationship between Pablo Escobar and Virginia was a tough one for us to do because that included emotional, verbal, even physical abuse from Pablo to Virginia. So we came from there to this other world where the characters' relationship and situations, although similar, was way easier. I think it was a great balance to go from one screen to the other, and I enjoyed the process. It [also] made it easier in the sense that it [allowed our] family to be together. We didn't have to be separated since we were shooting this movie 30 minutes away from home. When the kids went to school every day, it made us think that we, for a second, had a normal job where you go work and go back home and everything is the same, everything is set. 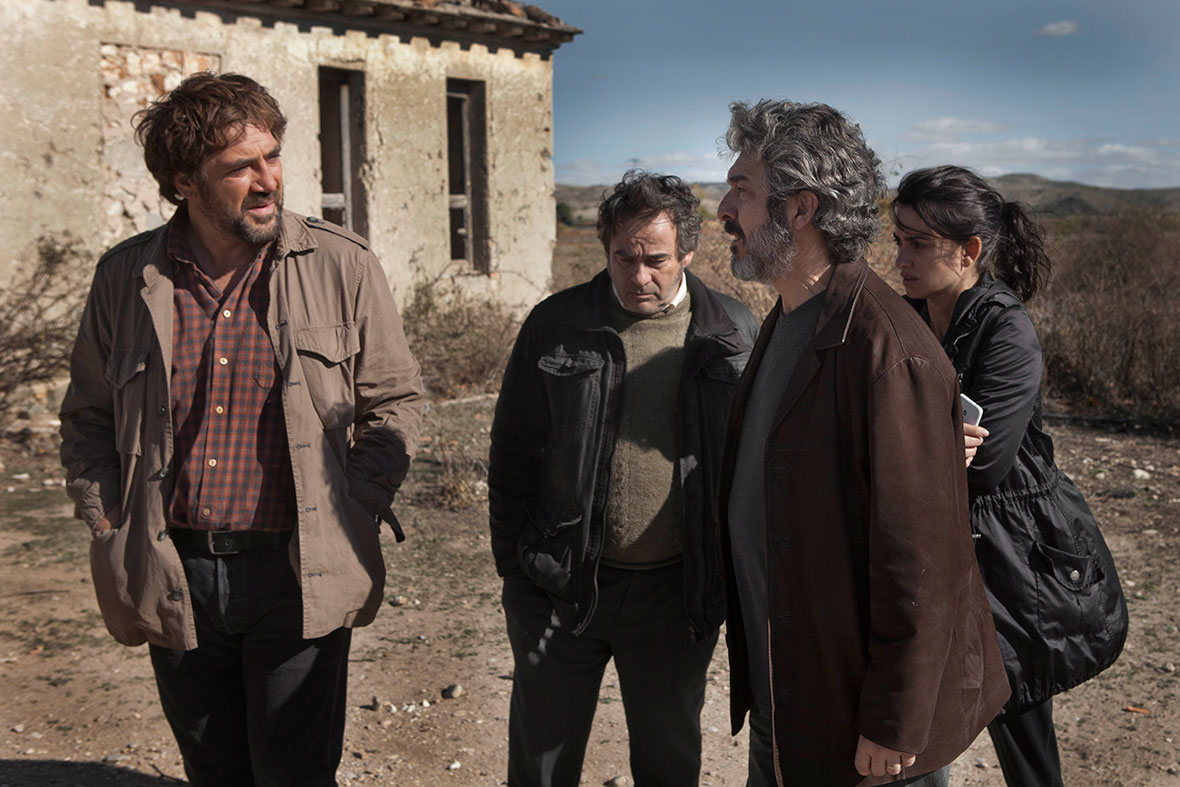 This film brings up so many issues—missed opportunities, the nature of family, the painful cost of secrets. What aspects of the story connected to you—as an actor, a man, and a human being?

One thing that is always connected to us as human beings is, whether we are aware of it or not, we have different faces in different relationships in our lives, different characters we play along the day. The familiar face, the job face, the social face, the party face—and at the end of the day it’s hard to be honest with oneself and with that you need, what you want.. also the honesty in others. Especially in a time where everything is through a phone screen, it's hard to really get what is real and what is not. More and more we are detaching ourselves from a real connection to someone or to something.

And the movie speaks about that. It's one of the patterns of any Farhadi filmography. The characters are always one way until a very traumatic experience happens. Then in order to solve that, the truth has to come to light and [it's] difficult to get us to see the truth and to deal with it. I very much like that idea, not only in this movie but in all his filmography, because I think that’s a great portrait of who we are.