A Boy’s Own Story: A Q&A With Garrard Conley

In his book Boy Erased: A Memoir, Garrard Conley recounts his traumatic experience in conversion therapy as a way to shine a light on a practice few can imagine happening in America. For writer/director Joel Edgerton, Conley’s story was also a tale of courage, a real-life journey that landed in “a place of hope.” With a remarkable cast that includes Lucas Hedges, Nicole Kidman, and Russell Crowe, the film Boy Erased recreates Conley’s unfogettable tale, from his harrowing ordeal to his inspiring search for identity and independence.

With Boy Erased in select theaters on November 2, we spoke to the author Garrard Conley about what it was like seeing his life up on the big screen, how his family felt about being played by movie stars, and why Boy Erased will make a difference in people’s lives.

When you were writing your memoir, did you ever imagine it would become a movie?

No, not at all. When I sold the book, people in the industry thought of it as a gay book, but I always thought it was a family story, something that would feel universal to people. I never thought of it as a movie and I was really surprised when Joel told me, “I want to tell your story on the big screen.”

How did he approach you?

Someone from his team told me Joel Edgerton wanted to meet with me in Brooklyn. My boyfriend at the time—who is now my husband—really couldn't believe it. He thought the whole thing was fake. Whenever Joel and I met, my boyfriend would come into the coffee shop unbeknownst to Joel and take a picture of us together, so he could prove I wasn't actually sitting across from and talking to an empty chair. 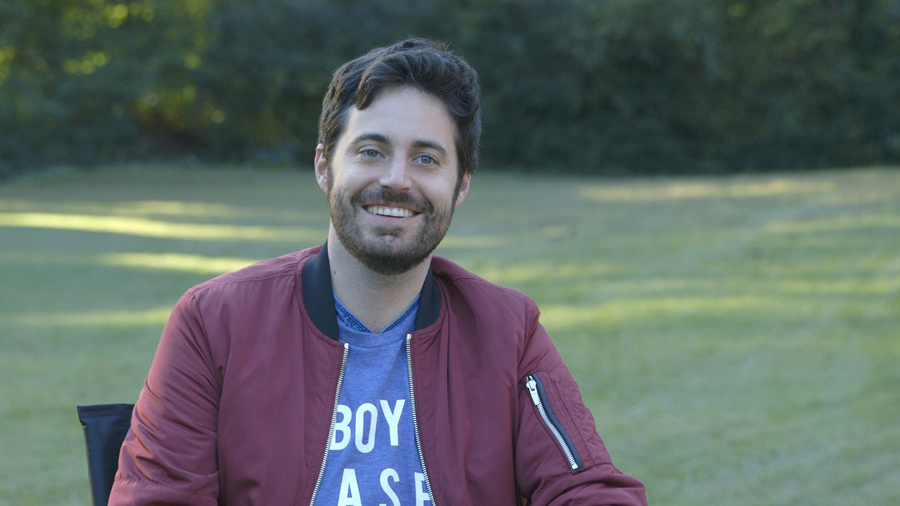 How did you work with Joel in making the film?

From the very beginning, Joel was very involved. He wanted to meet other survivors. He sent me every draft of the script to get my approval and my comments about whether it hit the right notes tonally. We worked together quite a bit to get the ending right. I wanted to make sure that Jared's story ends in a positive way, but also with people asking what happens next. We needed to tell the rest of the story, about how long—if ever—it takes to get over conversion therapy.

Did you work on the production as well?

I was on set a few times, but most of my work was with Joel personally on phone calls. Every single person that Joel wanted in the film he ran by me first. Lucas and I met really early, because Joel wanted to be sure I was comfortable with him playing me. Of course, I was. Lucas had read the book multiple times and had marked up every page—that's the ultimate form of flattery for a writer. Before production, Joel, Lucas, and the co-producer David Joseph Craig—who’s also an actor in the film—all came to Arkansas to visit my family. They looked at my home photos and ate barbecue with my dad. It felt really important to me that they made those steps to understand our lives, because going into that town is very different from imagining that town. To understand what bigotry really feels like you have to be in that space.

How did your mom and dad feel about being played by Nicole Kidman and Russell Crowe?

Mom was just thrilled, of course. She loves being immortalized in film as someone as beautiful as Nicole. Dad was a little bit more complicated. Dad was very flattered when Russell came to visit him at his church without warning. My Mom told me she later caught him watching Gladiator late at night. That degree of fame also brings our story into a larger cultural conversation and I think that scared him a little. 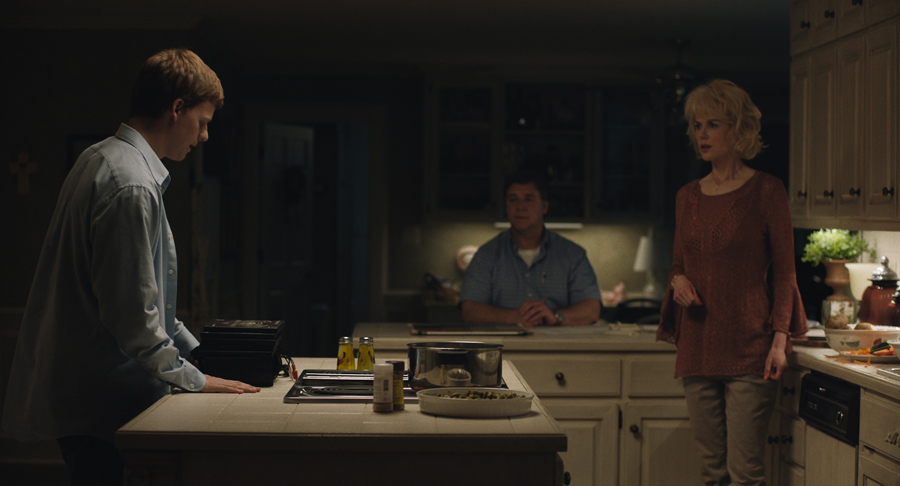 What surprised you most about how Joel envisioned your story?

His astute ability to look at all sides of the story. My book is very much in my voice. To see Jared's story woven so seamlessly into Nancy and Marshall's lives, and even in some ways into Victor Sykes', was really interesting. It felt almost like a new project. When my book first came out, it was shelved in the LGBTQ+ section, but this movie is being seen as an important drama with Russell Crowe, Nicole, Kidman and Lucas Hedges —and that’s an important distinction.

What was it like when you saw the final film?

I saw the final cut at the Telluride Film Festival with Nicole, who was seeing it for the first time. I was sitting right in front of her. During some of the tougher scenes, she lightly massaged my back. That was surreal, but also very sweet and wonderful for her to be thinking of me. You can see the same thing in her relationship with Lucas in the film. She was so maternal with him.

How does the film amplify the book’s message?

I could never have imagined having this much press or the ability to get out the facts about conversion therapy in a way that feels like a conversation. General audiences will see the film as a family drama. And people suffering as victims will now have the book, the film, and an upcoming podcast called “UnErased” (out November 2), which will explore the full history of conversion therapy.

Were there films that were helpful for you when you were coming out?

I didn't really get to come out. I was outed by parents. Because of that I didn’t get the chance to seek out those things that could have helped me. Later when I returned from conversion therapy, I found films that meant a lot to me. Brokeback Mountain had the biggest impact because it was so mature in the way it dealt with its story. And it meant a lot to see a lot of people who were not LGBTQ+ going to see it.

I hope they seek out more information. Our website, StopErasing.com, has so many resources for people to learn about conversion therapy. I hope that they look into how they can help locally, find out whether or not their state has a ban. Maybe more important than that, I hope they talk to other people around them who may have been going through something difficult and tell them, “I don't know if I was there for you. I want to be there for you now.”