The costumes in Miranda July’s Kajillionaire—in select theaters—provide a key to understanding not just the personalities of each character, but also how other people in the film see them. Old Dolio (Evan Rachel Wood), the adult daughter of two low-level hucksters—Robert (Richard Jenkins) and his wife Theresa (Debra Winger)—is blithely unaware of the fashions and culture on the streets around her. Her life changes when Melanie (Gina Rodriguez) starts to see the woman underneath the clothes. As July explains, by misreading Old Dolio’s oversized outfits as “slightly hip-hop, slightly Balenciaga,” Melanie “could see something that Old Dolio didn’t even know she was projecting, something accidental but also true.” To help bring about this playful exchange of fashion cues, July turned to former collaborator and friend Jennifer Johnson. From her Los Angeles looks for Beginners to her award-winning costumes of I, Tonya, Johnson has deftly demonstrated how the simplest accessory can signal a character’s personality as well as the times in which she lives.

We spoke with Johnson about her joy in working with July, the secret behind Dyne family fashion choices, and what makes Kajillionaire an inspirational film.

You’ve worked with Miranda July before?

Yes, but I was so excited to do a long format project with her. I’d done a short film for Miu Miu [called Somebody] and we did a Vice project with the photographer Roe Etheridge. Miranda picked well-known movies and we recreated her as if she was one of the random extras. Mike Mills, Miranda's husband, and I did Beginners and 20th Century Women together. Since I have known her for a such long time, it was wonderful to work on her movie. 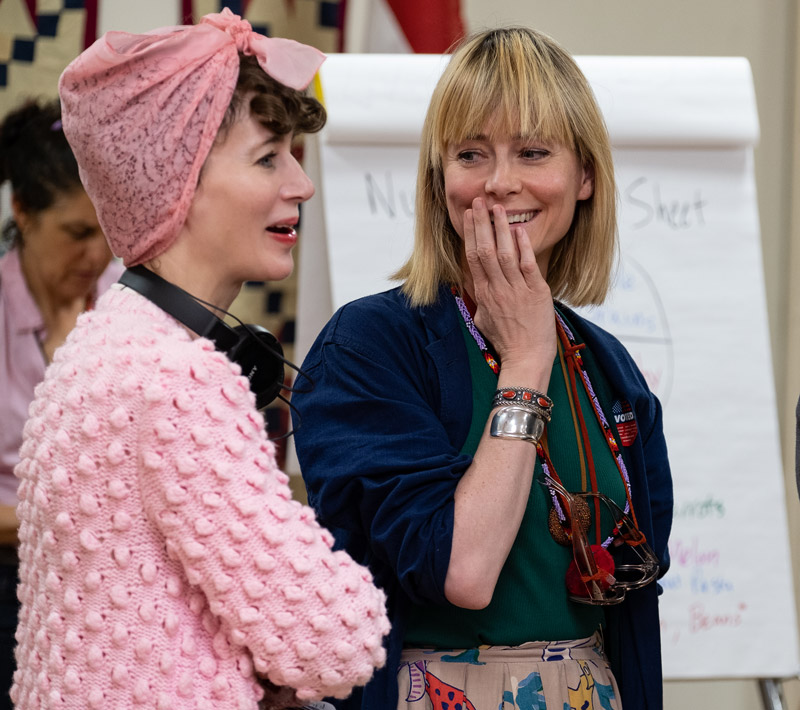 Miranda July with costume designer Jennifer Johnson on the set of Kajillionaire.

What was the initial concept for the costume designs?

The family’s costumes are based on the idea that everything they wear was either stolen or won. They might have stolen a tie or pair of pants from an Amazon box or someone's porch. Or they might be wearing merch they had won from a radio sweepstake.

What was the plan for dressing Old Dolio?

We wanted Old Dolio to dress in a nonbinary way and for her tracksuit to feel a little like armor.

And what about Robert?

Robert is always pretending to be professional. They are career grifters, and I think he likes to think of himself as very good at his job, as well as very clever. But he always looks a little disheveled. His shirt is either not buttoned correctly or his shirttails are sneaking out of his pants. His pants are quite short, because we don't know if they are his pants or a pair he stole from someplace.

She was probably the hardest to nail. One morning in bed I was talking to my husband about cults and parents who lock their kids in the basement, which somehow moved to thinking about deeply religious people who dress very modestly. Just then I had an epiphany about Theresa. The Dynes are sort of cultish in being so dogmatic and having so many rules about what their child could do. I saw Theresa like one of those women with really long hair who dress very modestly in very long clothing. I talked to Miranda who told me to run with it. On eBay I found an Amish thrift store that was going out of business. Then I found a few clothing stores online which specifically sell to women who prefer to be seen as modest. I suspect that many of the customers come from strict religious backgrounds. 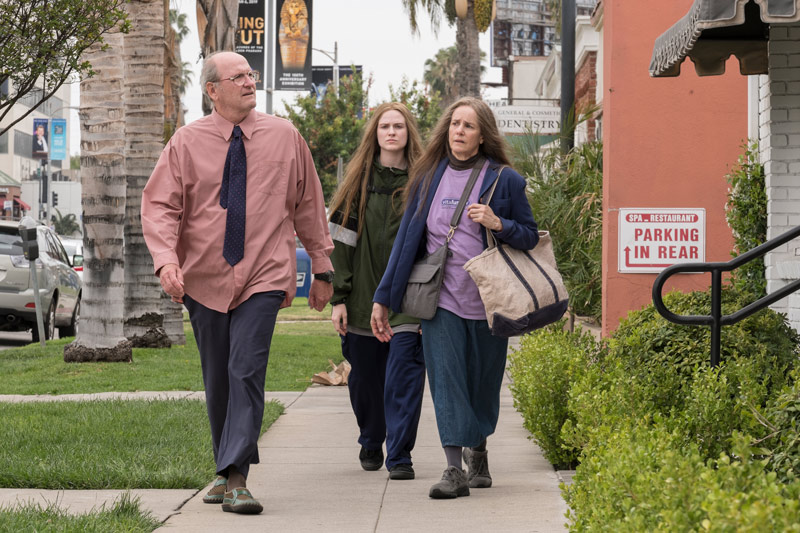 In dressing secondary characters, did you want their outfits to contrast with what the Dynes wore?

Yes, but it was also very important that everyone feel very unique and individual. It is a tricky movie for costumes, because it can be very funny and silly, which might look like we were making fun of people. But Miranda and I definitely were not trying to do that. We wanted people to have empathy with the characters.

What did you want Melanie’s fashion sense to say about her?

Melanie works in the mall and is the sort of the girl that most moms want their daughters to be. I know that my mom probably wished I had more of Melanie’s style. Melanie is very connected with social media and fashion. She is outward and outgoing and not afraid to show her body or wear the latest fashion. At the time of the movie, Kim Kardashian was wearing these flesh-tone, tight, body-conscious shirts and stretchy tops, so Melanie’s outfits show her knowledge and acceptance of mainstream culture. The Dynes, on the other hand, live in a sort of a time vacuum. 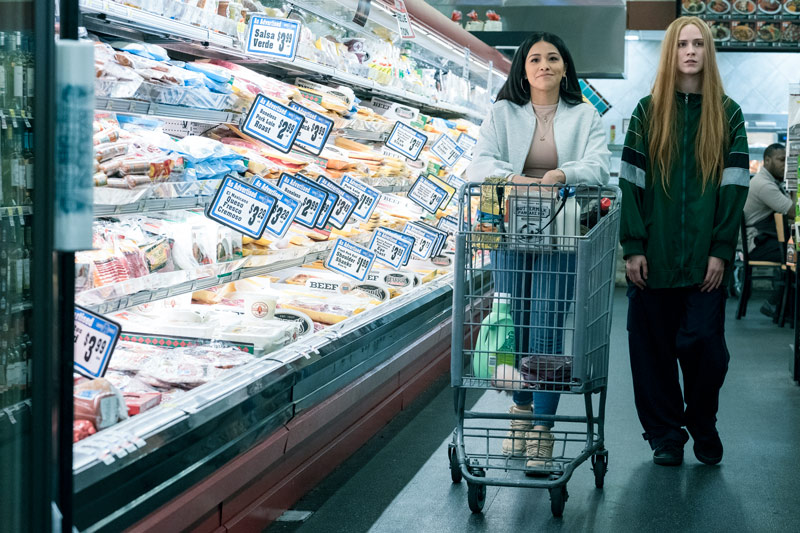 Much of the film is shot on the very bright sidewalks of Los Angeles. Did that inform your costume choices?

Shooting digital in bright sunlight is terrifying, but it was a clear aesthetic choice, one that was reflected in the set and costume design. We had to step away from our comfort in terms of what we think is beautiful or artistic. We have to get comfortable with things appearing ugly. The one thing I did do is avoid white, which is very unforgiving in bright overhead light. We also have a lot of synthetic fabrics which are a little more mature in tone and flat looking. But ultimately, we had to let go of traditional design tropes and go with it, which made the project really fun.

We had to step away from our comfort in terms of what we think is beautiful or artistic. We have to get comfortable with things appearing ugly.

Was there a palette for the film?

In terms of the costumes, the colors needed to pop a bit, because items were supposedly stolen and therefore relatively new. They needed to have a bit of plastic feel. The production design’s palette was pretty monochromatic, which became a concern at one point because we feared that Old Dolio's green jacket might just disappear against the Bubbles Inc. building. But by some magic it worked out perfectly.

What costume are you most proud of?

I think the clothes for the family. When we were in it, I wasn’t sure whether it was going to work, since all their clothes—like Theresa's purple vitamin shirt and her long skirt—were so ugly. Now being able to stand back and see it, I think it came out really beautiful. It feels those three characters all connect visually.

Old Dolio is such an enigma and such an interesting character. I hope they come away with some inspiration from her in the way that she is a real individual. Within the confines of her very complex family existence, she was able to come to terms with who she is and who she wants to be.