A Family’s Story: Writing The Novel Let Him Go

A Q&A with author Larry Watson

When writer/director Thomas Bezucha read Larry Watson’s novel Let Him Go, he was immediately drawn to the story and the characters. The novel follows a married couple, George and Margaret Blackledge (played by Kevin Costner and Diane Lane in the film Let Him Go), who risk everything to bring back their abducted grandchild. Suspenseful and thoughtful, the book demonstrates Watson’s singular talent for rendering in prose the rugged world of Montana and the Dakotas. “If there were ever any question about Larry Watson's reputation as one of the finest writers working today, there shouldn't be anymore,” wrote the Minneapolis Star Tribune. "Not after Let Him Go, Watson's ninth book of fiction, and his best." In adapting the novel, Bezucha admits, “it’s a very precise book. That was the challenge of the writing.” At the same time, its rich western landscape, unforgettable characters, and profound exploration of family dynamics promised a moving motion picture. (You can write your own Western adventure by signing up for the Let Him Go Getaway Sweepstakes.)

We spoke with Watson about what inspired the novel, writing about the world he grew up in, and what it’s like to see his characters come to life in the film Let Him Go (in select theaters November 6).

Is this your first work that’s been adapted into a film?

Other novels have come close, but this is the first one that’s crossed the finish line. 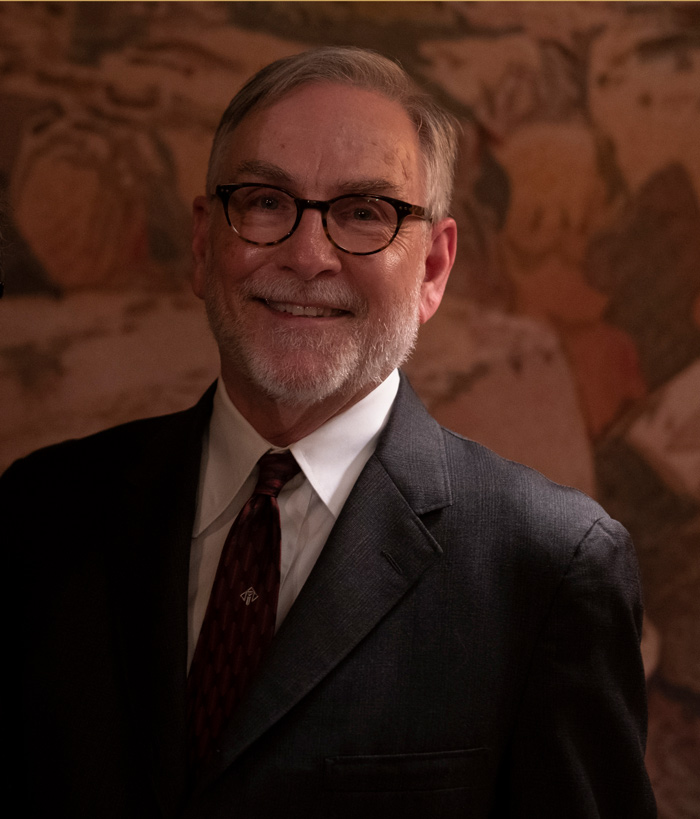 Where did the idea of this story come from?

Ideas for my novels come from different places. One thing I remember that sparked this story is an incident that happened years ago when our daughter and son-in-law were getting set to move to a city about 60 miles away. It wasn’t far, but it meant we wouldn’t see them that often. We were outside helping them pack and our grandson, who was only a year or so then, was waving goodbye. I started to think, "What if they moved far enough away that we couldn’t see them, or that it became impossible to see our grandson again?" That idea hung around in my head and some other elements attached to it and it started to become the book’s plot.

When you sat down to write, did you know how it would turn out?

I had tried out a few ideas before this plot. My original title was Bring Back the Boy, so I knew it was going to deal with getting back their grandson. In the editorial process, they suggested Let Him Go as a title. I really like that because I could see it had lots of applications for the novel. From the start, I knew that George and Margaret would be going on this quest to try to find their grandson and bring him back.

Did you know a family like the Weboys when you were a child growing up in North Dakota?

There was not a family like the Weboys, but there was this feeling that happens when people create borders, a feeling that also happens in the novel and the movie. You are cautioned, "Don't go over there, don't cross that border, there's trouble over there with those folks." I think that attitude is where the Weboy family comes from. 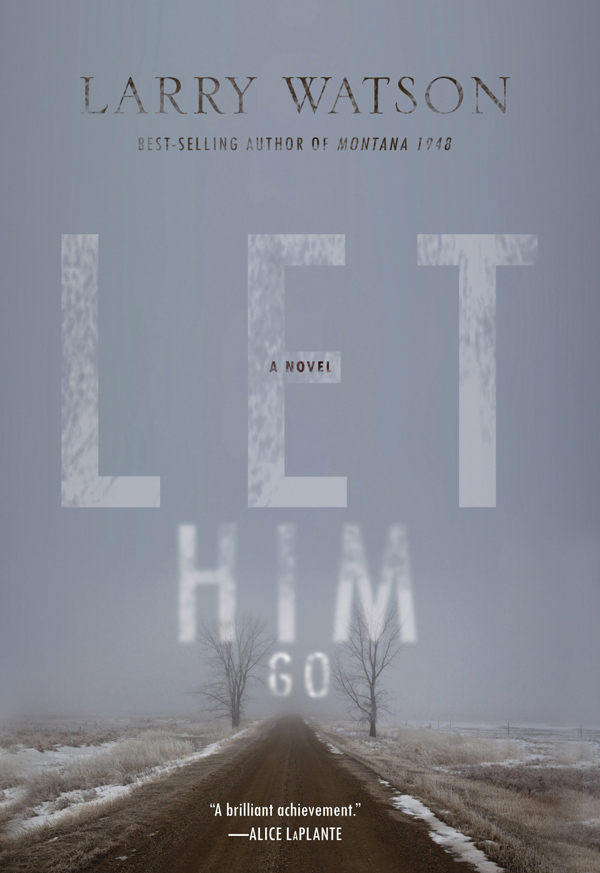 Many of your novels take place in Montana and the Dakotas. What makes that area so interesting to you?

It is a terrain that I know. I feel that I can depict the land and the people who live there in a way that will ring true. John Updike once said by setting his fiction in the same place he got to know the feasibilities of a place. Once you know how things operate, you can imagine the world there freely. I also have a lot of sheriffs in my fiction. My father was a sheriff and grandfather was a sheriff. I don't have any firsthand knowledge of their offices, but I do know what kind of people might become sheriffs.

You are often called a Western writer. What sort of writers have influenced you?

I don't know that they would slot into the kind of writing that I do today. Hemingway was a really big early influence, especially his short stories. The stories were short and spare. When I read them in college, I thought, “Maybe I could do this.” Of course, to write like that is incomparably difficult. I loved J.D. Salinger’s Catcher in the Rye because I didn't know you could write in the voice of a slangy, neurotic adolescent—which I probably was at that time. I’ve always had an affinity for the fiction of Updike and John Cheever. Even though I grew up in North Dakota, it felt like I lived in the suburbs.

How involved with the adaptation were you?

Not much at all. Tom Bezucha and I had conversations before he started writing the script. I felt that we shared an understanding of the material and that we agreed in so many ways about the characters. I read an early draft of the screenplay, which I thought was extremely good, not just as a screenplay, but as a piece of writing.

Does it matter that Bezucha moved the story from the 50s to the 60s?

I don't think that changed much at all, especially for a story set in that part of the world where time doesn't move in quite the same way as it moves elsewhere. I think the only thing that reveals the period in the film is a photograph of John Kennedy on the wall.

You would have been a boy in North Dakota at the time of the film. Did seeing it take you back to your childhood?

Yes, it did in some ways. When my wife and I were on set in Alberta, we were in the store that was supposed to be Montgomery Wards. I looked outside, and I said to her, “There's the Corvair that we used to have.” There are a lot of things like that which are really good markers of the era. 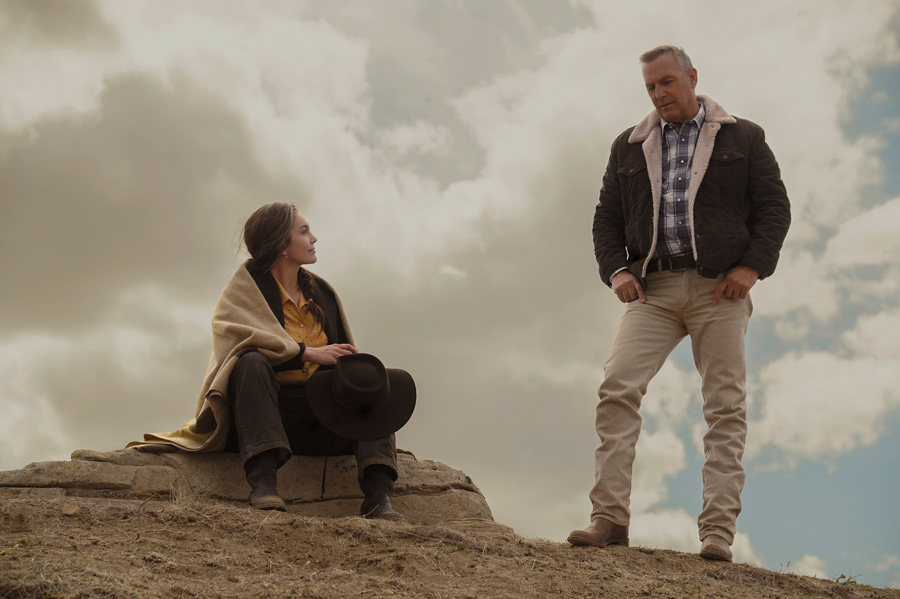 Kevin Costner and Diane Lane as George and Margaret Blackledge in Let Him Go.

What was it like seeing Kevin Costner and Diane Lane play your two main characters?

It was wonderful. I think highly of both of them as actors. It's funny but one of the first conversations that Tom and I had was about the actors who could play these characters. Unfortunately, most of the actors we talked about were from the late 1940s and early 1950s, actors who were not only not available but no longer alive. I think, for example, we thought Barbara Stanwyck would make a good Blanche.

How was Lesley Manville as Blanche then?

My wife and I are just huge Lesley Manville fans. We would watch anything that she is in. I thought she was just a wonderful, wonderful Blanche.

What would like audiences to take away from the film?

First, I hope they are entertained. I also think they will be moved in many different ways. There are some deeply emotional scenes in the movie and some scenes that will provoke thought. There is a real moral dilemma about what George and Margaret do.