A Q&A with the director of Won’t You Be My Neighbor?

As a documentary filmmaker, Morgan Neville has explored the lives of a wide range of people, from musicians (like Brian Wilson and Keith Richards) to writers (like Gore Vidal and William F. Buckley in Best of Enemies). In 2014, he won the Academy Award® for Best Documentary for 20 Feet From Stardom, a loving look at top-level background singers, whose talent is heard but rarely seen. With Won’t You Be My Neighbor?—now playing in theaters—Neville turns his attention to Fred Rogers, a man who is so well known that one can easily overlook the revolutionary impact his show, Mister Rogers’ Neighborhood, had on multiple generations of American children. The documentary provides an emotional tribute to the lasting power of Rogers’ decency and kindness. As The Wrap points out, “There is nothing trendy about Fred Rogers, but there is also nothing timelier than what he had to offer—or maybe, as Neville’s film suggests, nothing more timeless.”

We sat down with Neville to talk about Rogers’ enduring legacy, why children love him, and what makes this film and its subject so relevant today.

Get tickets for Won’t You Be My Neighbor now.

See the trailer for Won't You Be My Neighbor?

What is it like to make a documentary about a man you’ve never met?

I have done it a few times with people like Hank Williams and Johnny Cash. But Fred Rogers was not that much of a mystery. He was a very complex person but he had such a singular vision that if you wanted to know what he thought about pretty much anything, you could find it out. 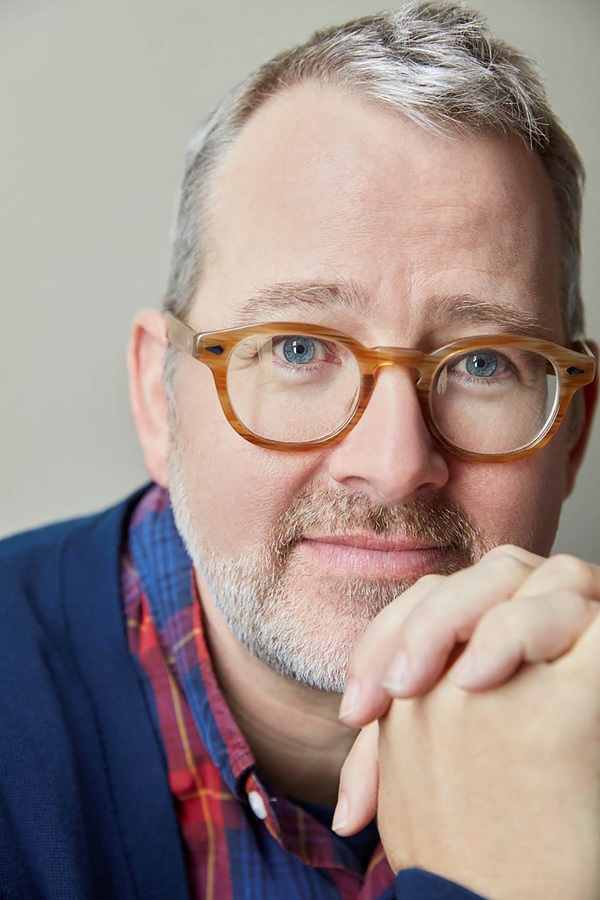 Won't You Be My Neighbor? director Morgan Neville

Do you think that we find the man in his work then?

Yes, but the TV show was just one part of him. In some ways, it was a necessary evil, a means to an end. It was what his show did that mattered. Getting letters from children or meeting them on the street was as important to him as his show was.

You didn’t want to make a conventional biographical documentary, so how did you structure the story?

I didn't know what shape it would take at the beginning. All I knew is the real dramatic tension in the story would be between him and the world that didn't pay attention. So in a way it becomes a film about Fred Rogers versus the world. He was a bit of a tortured artist in that he was constantly racked by insecurities and doubts about whether he measured up. Mister Rogers should be the last person to doubt his good deeds, but that is what he did. On the other hand, if he had been satisfied, he probably wouldn't have had a TV show for 35 years or work as incredibly hard as he did.

When did you know Mister Rogers would make a great subject for a documentary?

Watching his Bobby Kennedy assassination special at the Fred Rogers Center convinced me to make the film. After seeing how he treated that subject, I knew not only that I could make a documentary about Mister Rogers, but that I had to. Any doubt I had about the dramatic tension of the story or his depth or moral complexity disappeared once I watched how he handled that story. I knew there was going to be much more to find. And sure enough there was—so much more than is even in the film. There are, for example, lessons on AIDS and the nuclear Holocaust—really on everything. 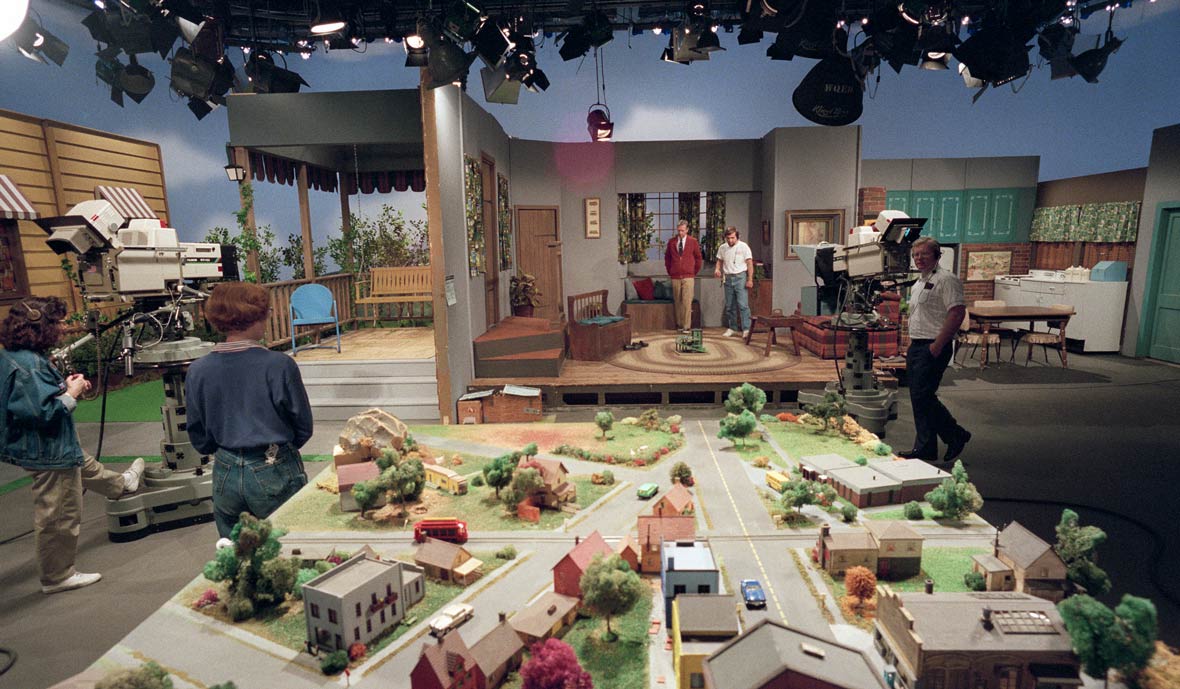 Mister Rogers' studio set in Won't You Be My Neighbor?

With so many people who were touched by or connected to Mister Rogers, how did you choose who to put in the film?

We shot about 30 interviews and only used about half of them. I usually interview a lot more people than I use. But I learn a lot from the people who don't finally end up in the film. For me, the people I put in the film are characters who show up multiple times with a strong perspective.

Many people who see this film talk about it like they have just rediscovered an old friend. Did you sense that audiences would have such an emotional reaction?

I knew I felt that way. I didn't know that other people would feel that way as well. What I have come to realize is that for the millions of kids who grew up watching him like I did, our relationship with him was unlike any other cultural figure. If the show was geared to kids two to six, then many kids’ relationship with him predated even memory. There's something about him that gets to the very root of who you were at the very beginning of your life. 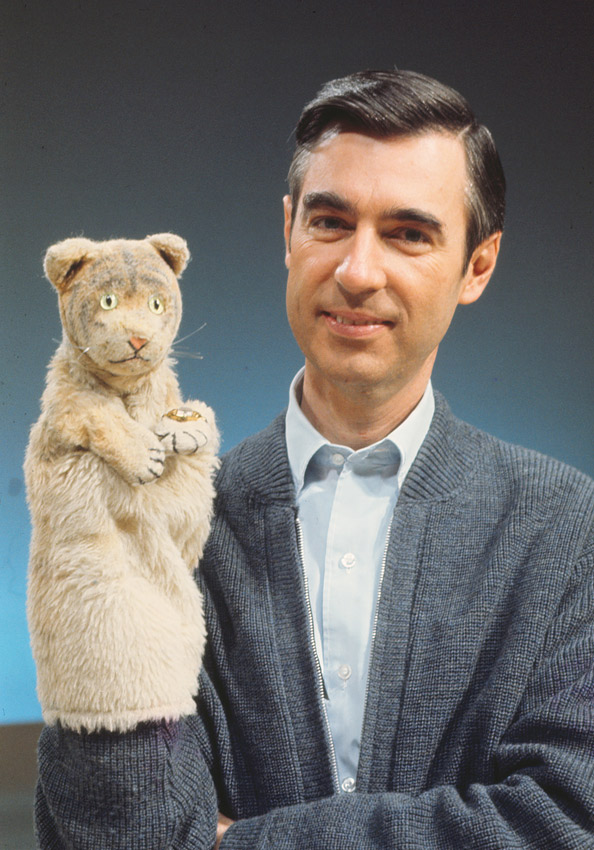 Mister Rogers with his friend Daniel the Tiger in Won't You Be My Neighbor?

If he had a singular vision, what do you think that was?

Young kids struggle to understand how the world works. He helped them navigate that—what it means to be a person, how to be a neighbor, and how we should treat each other. The thing he came back to again and again was fear. That is why Daniel the Tiger is always articulating his fears. For Rogers, fear left untreated becomes anger and hatred. But if you can address fear in little children, you can help them face nearly anything.

Many reviewers have talked about how relevant Mister Rogers is for the times we live in now. Why do you think that is?

I wanted to make this film not as a nostalgia trip but to highlight a voice that I feel is missing in our culture today. I have made a lot of films and TV shows dealing with the idea of common ground and moral authority. For many years, I have been asking, “Where are the grown ups in our culture?” When you listen to Mister Rogers, you know he is a grown up. He understands what it means to have a moral point of view. He is not asking for anything in return. He is not gaming anybody. It is a refreshing, clear message about how we can create healthy communities.

What do you hope audiences will take away?

For the million of us who watched him, we learned something from him. If we can reacquaint ourselves with what he was trying to teach us, then maybe we can find a little more compassion and kindness in our culture. He never judged people—even people who had done terrible things. When he worked in prison, Mister Rogers would always ask what is the thing that happened in their life that made them act that way. He was always trying get beyond judgment to a sense of acceptance and self-acceptance.