A year after Gus Van Sant’s 2008 biopic Milk premiered, the state of California officially designated May 22 Harvey Milk Day, a holiday during which schools and other institutions are encouraged to remember the life of Harvey Milk. Receiving eight Academy Award® nominations—winning for Best Actor (Sean Penn) and Best Original Screenplay (Dustin Lance Black)—Milk brought an international spotlight to the man and his legacy. In 1977, Harvey Milk (Penn) made history as the first openly gay person to be elected to public office in California. His win, however, was a victory for all people. He championed San Francisco's diversity, celebrated its unique civic identity, and provided a sense of possibility to those who had previously felt excluded. Although he was tragically assassinated by Dan White (Josh Brolin) in 1978, his message of hope survives. Last year, the San Francisco Airport officially established Harvey Milk Terminal 1, a gesture that highlights the city’s “commitment to diversity, equality, and inclusion." With Pride Month just around the corner, now is the perfect time to honor him. The man, however, is bigger than one city—or one month. As The San Francisco Chronicle exclaimed, “With Milk, a great San Francisco story becomes a great American story.”

This year, we let the film Milk show us four actions to take to celebrate Harvey Milk Day, simple gestures that reaffirm why he matters now more than ever.

Watch Milk now on iTunes or at Amazon.

The official trailer for Milk.

When Milk premiered at the historic Castro Theater—just a stone’s throw from Milk’s own camera shop—San Francisco’s then Mayor Gavin Newsom praised the city Milk loved: “It doesn’t just tolerate its diversity. It celebrates its diversity.”  Milk didn't just pay lip service to this ideal. He made it an essential part of his political strategy. He found a way to connect his experience as a gay man living in the Castro to the needs and concerns of all the other disenfranchised communities that made up San Francisco. Reaching out to women, Asian-Americans, Latinos, the Teamsters, the elderly, the disabled, and more, he built a winning coalition. Recognize the diversity of people in your own community today. 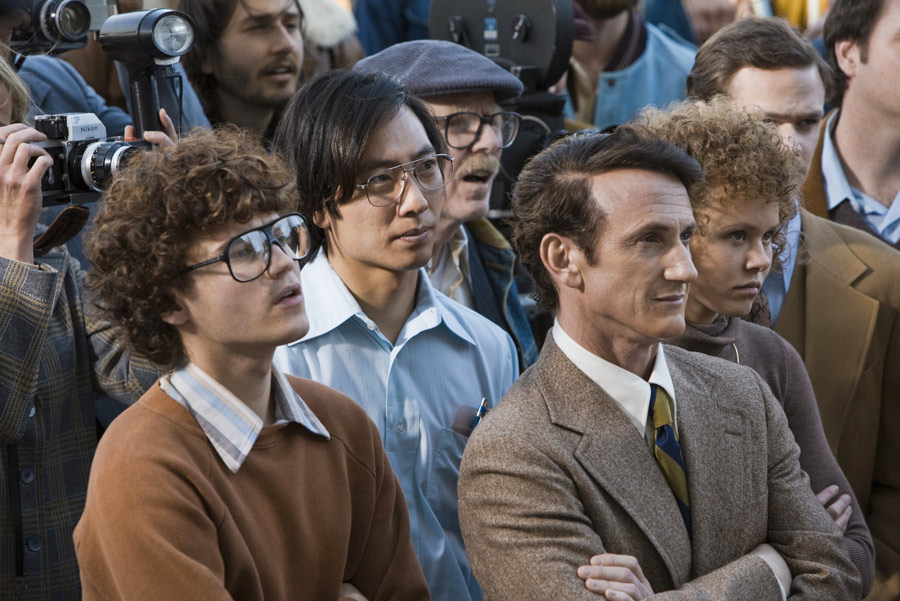 Harvey Milk put together a diverse coalition in Milk.

In a period where gay people were forced to hide their identity, Milk made “coming out” his rally cry. In speaking against the Briggs’ Initiative, a state-wide amendment which would have banned LGBTQ+ people from working in California’s public schools, Milk tells a crowd, “Brothers and sisters, you must come out.” For him, coming out wasn't just about sexual orientation, but about believing in yourself without shame or fear. After seeing the movie, one viewer commented, "This film inspired me to be who I am, fight for what I believe in, and love with all of my heart. Harvey Milk is a hero." 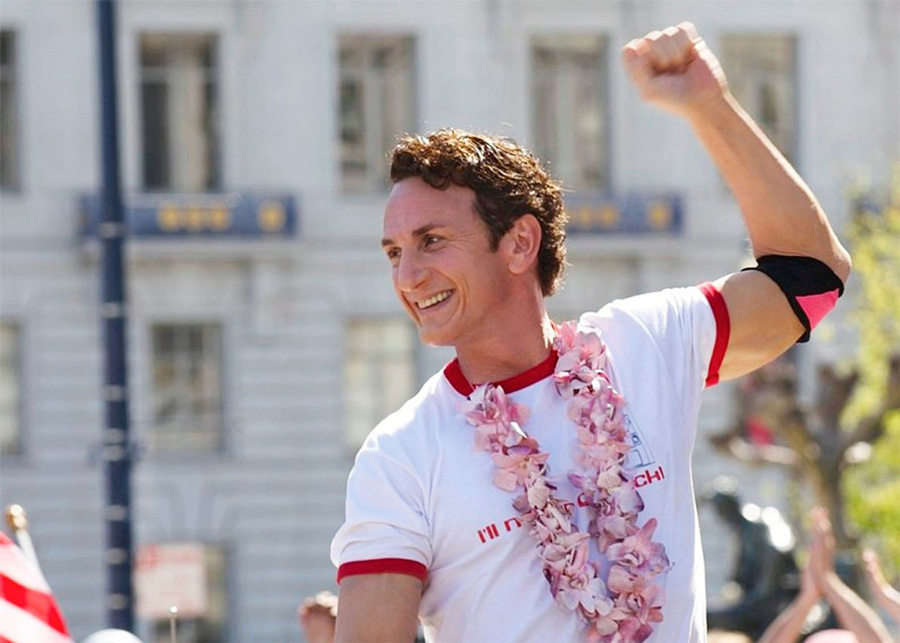 Milk impolored people to come out and believe in themselves in Milk.

As a man, Milk displayed “an impressive degree of empathy, optimism and passion,” notes FirstShowing.net. While his retorts and jokes could be razor sharp, he was also quick to be quiet and listen. In bringing the man to the screen, Penn perfectly channeled how caring for others was an essential part of Milk's DNA. For The New York Times, “what is most arresting is the sense he [Penn] conveys of Milk’s fundamental kindness, a personal virtue that also functions as a political principle." Pay tribute to Harvey Milk with an unexpected act of kindness. 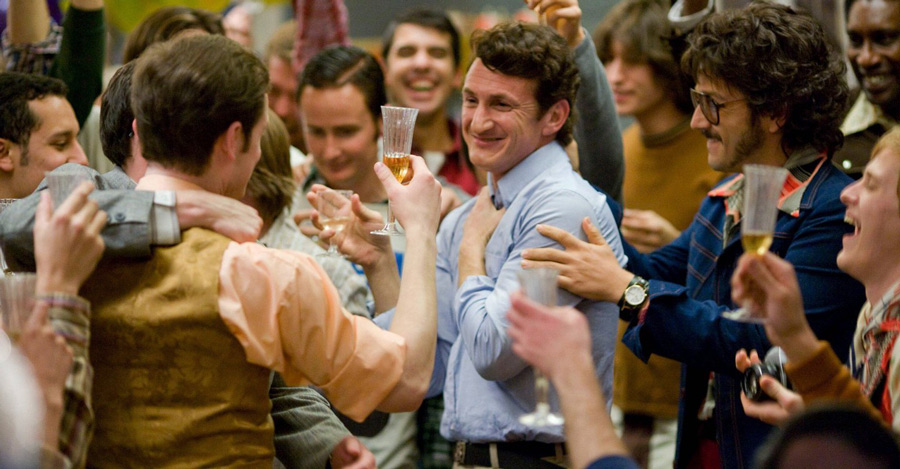 4) Have a little hope

While acknowledging the very real dangers that awaited an openly gay man running for public office in America, Milk sought to emphasize hope over fear. “I know you can't live on hope alone, but without hope, life is not worth living,” the political leader explains. “You gotta give em' hope.” In some ways, it was this very message of hope that inspired this film about him. In accepting the Academy Award® for Best Original Screenplay, Dustin Lance Black recounted how as a young gay man hearing the story of Harvey Milk changed his life. “It gave me the hope to live my life,” explained Black. “It gave me the hope to one day live my life openly as who I am and that maybe even I could fall in love and one day get married.” Milk's example of hope is something we can all use today. 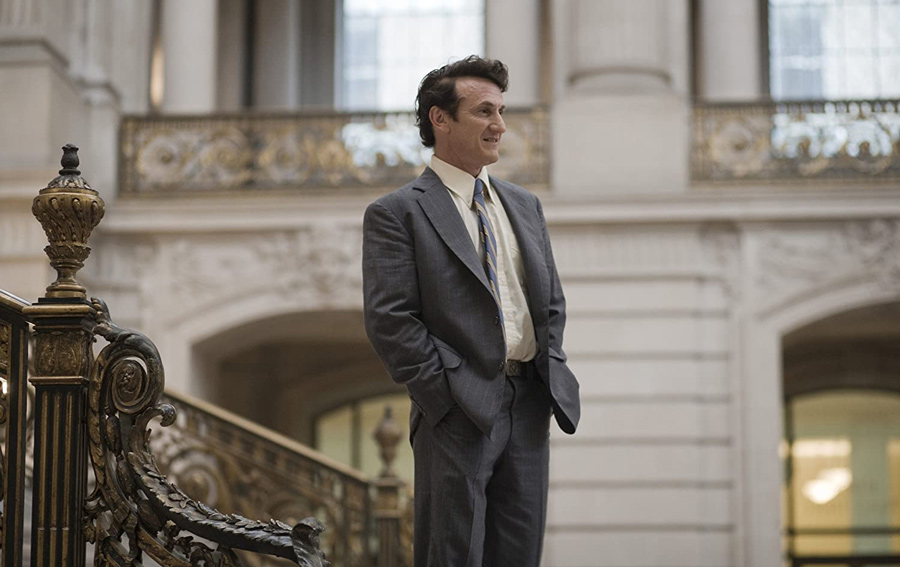