When Joe Wright’s Hanna opened in theaters on April 8, 2011, its dizzying mix of high-octane action and fairy-tale astonishment made for a stunningly original debut. “The movie becomes like nothing you’ve ever seen,” wrote Rolling Stone. “I’d call it a knockout.” This year—eight years after is cinematic debut—the tale of the teenager girl who is also a trained assassin has been reimagined for a new audience. Created by David Farr (one of film’s original screenwriters), Hanna, an eight-part streaming series on Amazon Prime Video, follows its title heroine on both familiar and brand new adventures.

The official trailer for Hanna (the film)

When Saoirse Ronan was cast to play the title character of Hanna, she brought on her Atonement director Joe Wright to transform the action thriller into something spectacular, suspenseful, and totally original. Hanna (Ronan), raised in the arctic wilds by her ex-intelligence agent father (Eric Bana), trains daily to be an unexpected weapon—an trained assassin in the guise of a teenage girl. At age 15, she is set loose to meet her destiny, tracking down a rogue CIA director (played by Cate Blanchett). Her quest, which takes her from snow-clad Nordic forests to sand-scorched Saharan deserts, culminates in a showdown at a dilapidated amusement park in Berlin. What made the film so innovative was the unique way it wove all its various styles together into a single story. As an action film, it thrilled audiences with its striking fight scenes choreographed by master stunt coordinator Jeff Imada. As a modern-day fairy tale, Hanna, according to the Associated Press, “features such great performances from such a strong cast [it] makes you care whether these people live or die.” 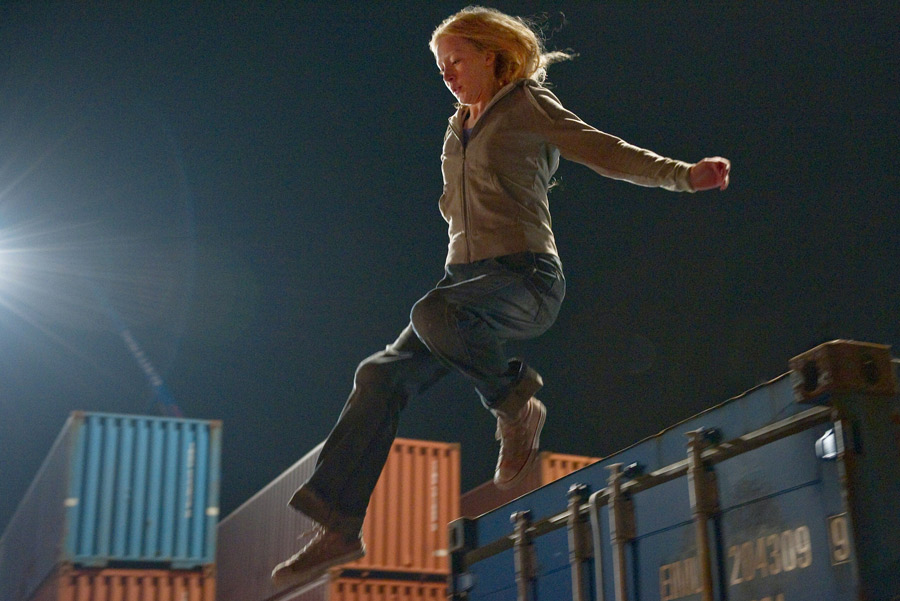 Saoirse Ronan stars as an action star in Hanna

The fact that people cared so much about these characters—and whether they lived or died—made audiences hungry for the story to go on and for NBCUniversal International Studios to tap Farr to turn the film's story into a TV series. As a starting point, Farr reclaimed the story's core narrative. “It’s like any teenage story, it’s just writ large because of the stakes that are involved,” Farr explains. In the TV show, Hanna is played Esme Creed-Miles, who adored the original film and its star when she was younger. “Saoirse [Ronan] is an amazing actress who really has inspired me as a young woman,” Creed-Miles notes. Her father Erik is played by Joel Kinnaman and the Blanchett character went to Mireille Enos. With eight hours to fill, Farr allows the characters and their complex lives unfold slowly but surely. For TV Guide, the new show “ends up feeling less like a remake than a remix, taking the essential elements of the film, recombining them in new, intriguing ways, and creating something new in the process.” 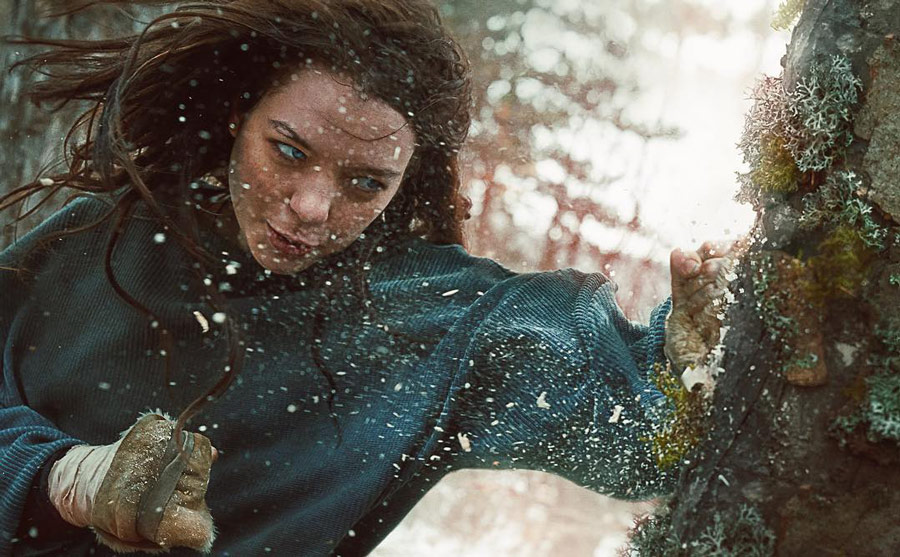 Esme Creed-Miles takes over in Hanna for TV