LAIKA’s dream team tell us how the magic is made

On February 26, LAIKA’s Steve Emerson, Oliver Jones, Brian McLean, and Brad Schiff will head off to the Dolby Theater in Los Angeles for the 89th Academy Awards. Nominated for a Best Visual Effects Academy Award for their extraordinary work in bringing the magical world of Kubo and the Two Strings to life, these four men are quite literally LAIKA’s dream team.

Kubo and the Two Strings, also nominated for Best Animated Feature, has been making headlines for its Visual Effects nomination. It is the first time since 1993 that an animated film has been nominated in this category. For Travis Knight, the president and CEO of LAIKA, as well as Kubo’s director, this nomination is especially poignant since it acknowledges the unique magic his studio creates. “The whole thing is a visual effect. If you go back to the dawn of cinema, stop motion was one of the first visual effects," Knight told The Hollywood Reporter. 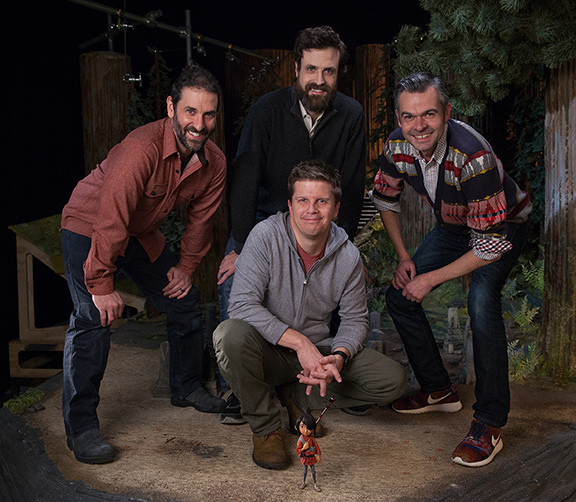 With over 66,000 moving parts, some assembly is required

When Knight first presented his epic vision for Kubo and the Two Strings to his animation team, they knew it was a challenge worthy of LAIKA. “Kubo features countless environments, crowds of characters, fast-paced action sequences, giant monsters, water systems, snow blizzards, rain storms, long-haired characters with flowing robes, an underwater sequence, demon monsters born from smoke, an origami dream world, and many expansive, Kurosawa-esque vistas,” Emerson points out. “These are not the types of things that reasonable people put into stop motion films.”

Each nominee heads up a different department, overseeing a group of extraordinarily talented artisans and craftspeople. Their cinematic sorcery occurs when the different teams come together to overcome seemingly impossible obstacles to bring something new to the screen, be it a giant skeleton or a stormy ocean. While they are being recognized for their work on Kubo, these artists have lent their expansive imagination and technical prowess to help create LAIKA’s previous masterpieces––Coraline, ParaNorman, and The Boxtrolls.

As VFX Supervisor, Steve Emerson translates his experience creating effects for live-action films, like The Matrix Revolutions, to LAIKA’s stages. “We have actors––they just happen to be very small actors that are brought to life one frame at a time,” Emerson notes. Oliver Jones, who serves as the Animation Rigging Supervisor, is tasked with mechanically engineering the scenes so that the puppets, sets, and story interact perfectly. As Director of Rapid Prototype, Brian McLean oversees the cutting-edge 3D printing that has put LAIKA on the map. For Kubo, he and his team advanced existing technology to print 66,000 facial configurations, giving the film’s hero the ability to telegraph over 48 million possible expressions. And Brad Schiff, as Animation Supervisor, manages the movement and character performances so that everything seamlessly comes to life on film. 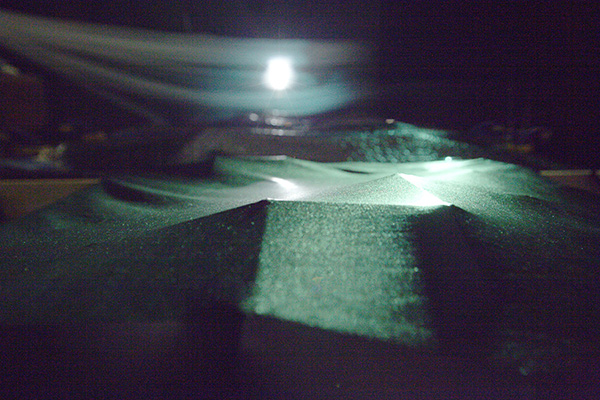 While every effect is special in Kubo, a few are extraordinary. The team took over eight months to create a dynamic new way to represent one of the most basic elements of all. “Water never plays nicely with stop motion. You can’t grab a hold of it and pose it one frame at a time,” explains Emerson. “Kubo and the Two Strings called for raging oceans, endless lakes, and giant waves. It was an entirely new challenge for the studio.”

Trying out everything from frosted shower curtains to glass tubes to carved foam, the team eventually landed on an unlikely material: black garbage bags stretched over iron grids. The final result was a computer-genertated ocean that “was able to integrate seamlessly into Kubo’s stylized world,” explains Jones.

From making dreams to realizing one

Having already won the Visual Effects Society (VES) award for Outstanding Visual Effects in an Animated Feature, Kubo and the Two Strings is gearing up for Oscars. Each of the four nominees is honored and excited. "Being nominated in the Visual Effects category is a testament to the incredible work our entire team has done over this nearly five-year period," exclaims Schiff. “This is my first time attending the Oscars,” adds Jones. “The process is the true reward, but an acknowledgment of this nature is unparalleled, and a dream come true.”

Each also recognizes that it is not their dream alone. “I am honored to represent the efforts of so many talented artists at LAIKA,” says Emerson. “I conducted, but they made the music.”