Luck Has Nothing To Do With: 5 Insanely Talented Irish Actors

Every March 17, people around the world celebrate Ireland by marching in parades, gobbling down corned beef and cabbage, and drinking rivers of beer (green or otherwise). The date marks the death of St. Patrick, the patron saint of Ireland. In the fifth century, Patrick, then a wee British lad, was kidnapped by pirates, who abandoned him in Ireland to tend sheep. Although he escaped, he returned to become a shepherd of souls and a hero for the Irish. The nation’s enduring symbol of the shamrock came from St. Patrick using a three-leaf clover to teach his new flock about the Catholic trinity. At Focus, we’re celebrating St. Patrick’s Day by saluting five phenomenal Irish stars. 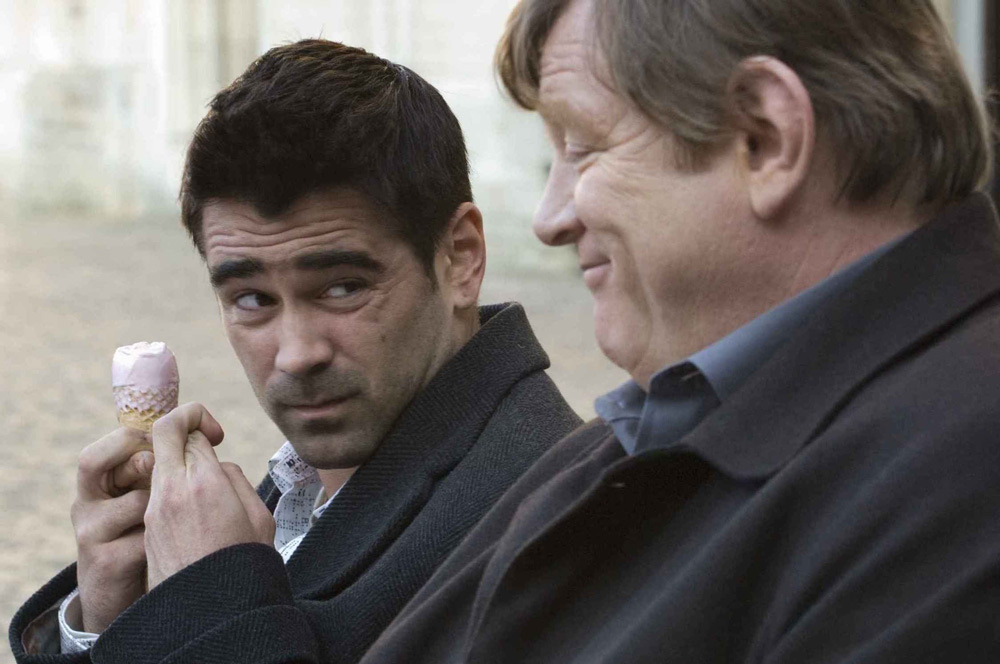 Colin Farrell enjoys the company of Brendan Gleeson in In Bruges

While In Bruges takes place in Belgium’s magnificent medieval city, its comedy comes straight from its Irish collaborators: writer/director Martin McDonagh and his two stars, Colin Farrell and Brendan Gleeson. When two hit men (Farrell and Gleeson) are instructed to hang out in the fairy-tale Flemish town and await further instructions, their hilarious Irish banter makes the trip twice the fun. In his rave review, Roger Ebert even suggested that Farrell’s performance is so good because “he's allowed to relax and be Irish.” International critics agreed, awarding him a Golden Globe for his puckish performance as an assassin who has lost his way.

An international movie star, Farrell remains deeply connected to his Irish roots. Farrrell was born in the Dublin suburb of Castleknock. With his dad, a part-time professional soccer player for the local Shamrock Rovers, on the road, Farrell often found himself left to his own devices. Movies became one of his escapes, with ET: The Extra-Terrestrial being one of his first cinematic loves. “I was taken away completely to another world,” he remembers. That passion, along with his brother’s prodding, pushed him to enroll in Dublin’s Gaiety Drama School. While there, he was plucked up by casting directors to play Danny Byrne, the bad-boy Dubliner retuning home to a small Irish village, in the BBC hit TV series, Ballykissangel. A few years later, he would gain international acclaim when he starred in Joel Schumacher’s Vietnam War drama Tigerland.

Farrell, who now lives in Southern California, admits to the Irish Times, “Dublin makes sense to me in a way that Los Angeles never will.” His family still lives there, and he remains intimately involved in local issues from homelessness to marriage rights. In 2014, he wrote an impassioned letter supporting same-sex marriage in Ireland, a missive all the more poignant since his brother, Eamon, is gay. When marriage equality was voted in, Farrell lamented the fact he couldn’t be there in person. “Sometimes you just want to be around good stuff," he told Irish Central. When his brother finally got the chance to tie the knot in his homeland, Farrell flew to Dublin to be his best man.

Watch In Bruges now on iTunes. 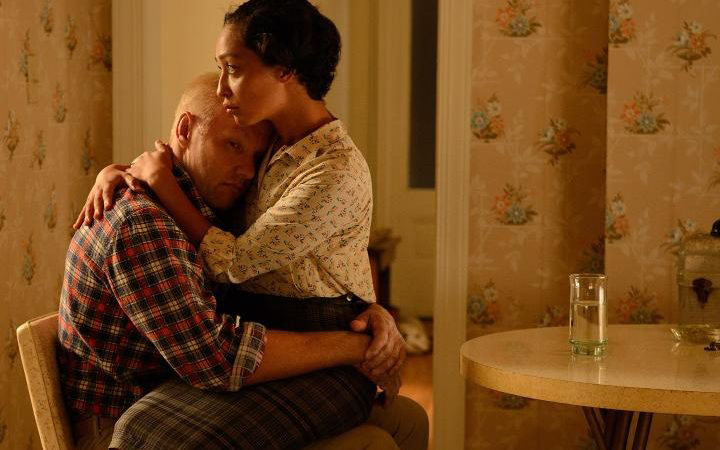 Ruth Negga received an Academy Award nomination for her stunning portrayal of Mildred Loving in Jeff Nichols’ Loving. Portraying the wife in a mixed-raced marriage, the steadfast dignity of Negga’s Mildred turns, as Vulture’s David Edelstein points out, “the reticent Lovings into a powerful symbol of racial injustice” in America. Despite her seemingly intuitive grasp of Mildred’s culture and history, Negga hails from Ireland, not the American South.

The daughter of an Ethiopian father and Irish mother, Negga moved from Adis Ababa to Limerick when she was just four. While she spent some of her youth attending secondary school in London, she went to college in Dublin at the Samuel Beckett Centre, where she graduated with a BA with distinction in Theatre Studies in 2002. And it was in Dublin where she caught the attention of celebrated Irish director Neil Jordan, who cast her in his 2005 Breakfast on Pluto. “The moment I saw her act, I decided to change the script so that she could appear in the movie,” Jordan tells the Guardian.

As an actress, Negga allows her own multi-ethnic background to illuminate the complexity of human nature. “I had quite a scattered childhood,” Negga tells the Guardian. “I was Irish in London, because I had my secondary school education there. I never really fitted anywhere. I didn’t feel it was a negative thing.” Quite the opposite. Negga uses her difference to connect with and champion people, like Mildred Loving, who have traditionally been disenfranchised. “History is written by the winners,” Negga explains. “My job as an artist is to speak up for those who might be perceived as the losers. Or those who can’t shout.” 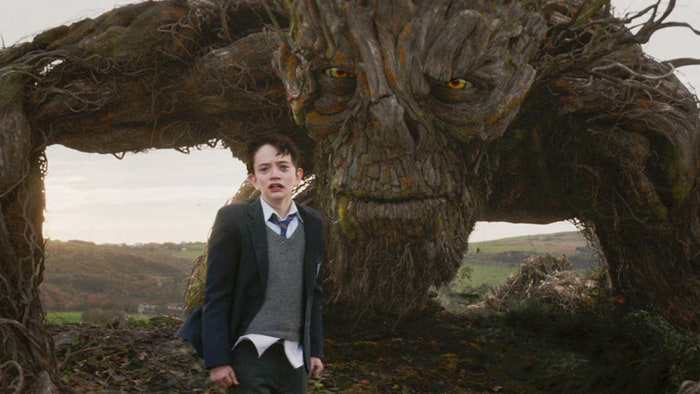 Liam Neeson branches out in A Monster Calls

In J. A. Bayona's emotion-filled adaption of Patrick Ness' childhood classic, A Monster Calls, Liam Neeson appears as a tree (both in voice and motion capture) who guides a young boy (Lewis MacDougall) through a traumatic moment in his life. For Neeson, cinema itself guided him through hard times. “I grew up in Northern Ireland when the whole civil rights thing happened, horrible troubles, and a real escape for me was seeing movies,” he recounts to Reader’s Digest.

Born in Ballymena in Northern Ireland, Neeson was raised Catholic in a predominantly protestant area. Despite such religious differences, Neeson found inspiration at age 12 listening to the Bible-thumping sermons of the Presbyterian preacher, Ian Paisley.  “It was acting but it was also great acting and stirring too,” Neeson told the BBC. While he’d toyed with becoming a boxer, he found his future in 1975 when he landed a spot at Belfast’s Lyric Theater.

After honing his craft in Irish and British theater and film, he found his way to Hollywood where, as he joked to the Independent, his Irishness gave him an edge: “There was something quite exotic about somebody coming over all the way on a boat, they wanted to pin this romantic vision on you." In 1996, he captured that Irish romantic vision playing the title Irish revolutionary hero in Neil Jordan’s biopic Michael Collins.

Recently Neeson gave back to his homeland by providing the voice to the nation’s history as the narrator of 1916: The Irish Rebellion, the powerful three-part documentary released on that event's centennial. 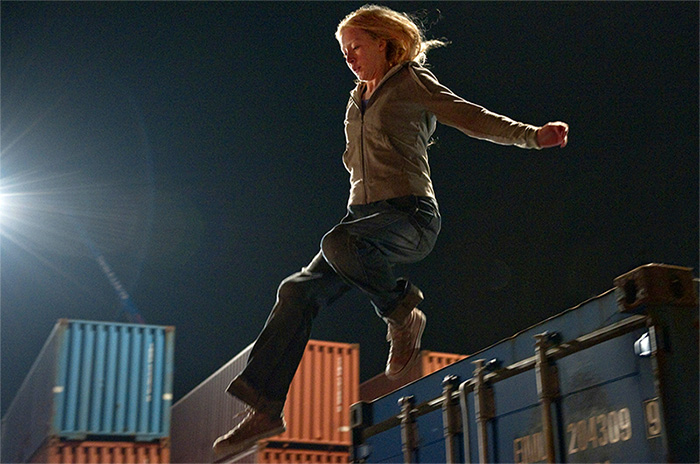 Saoirse Ronan may have been born in New York City in 1994, but her heart and name belongs to the old country. In Irish, “Saoirse” means freedom, a definition she has been fulfilling her whole life. Though her parents were living in America at the time of her birth, they returned to Ireland to raise their daughter in a small village in County Carlow. While she lived in the country, Hollywood was never far away. At two, she hung out with Brad Pitt on the set of The Devil’s Own, an I.R.A. drama in which her father, Paul Ronan, had a small part.

Ronan was eleven when she made her first film, I Could Never Be Your Woman. Two years later she was cast in Joe Wright’s lyrical adaption, Atonement, for which she received an Academy Award Supporting Actress nomination for her mesmerizing performance as the uncanny, calculating Briony. Clearly people were listening when Rolling Stone’s Peter Travers wrote, “Note to Oscar: This is acting of the highest order. Ronan simply takes your breath away.” Since then Ronan has continued to dazzle audiences around the world, especially reteaming with Wright for her kick-ass role as a teen assassin in the globe-trotting, action-packed thriller Hanna.

While Ronan has traveled the world in her various roles, she remains one of Ireland’s favorite daughters. A fact that was made abundantly clear to the British Sky News when they mistakenly announced Saoirse Ronan “as one of ours” after her Best Actress nomination for Brooklyn. Loyal Irish fans rioted online. Tweets, like the one from Davien O’Connor that read, “Want to know how to pronounce Saoirse? Ire-ish. Easy,” made clear what locals feel about her. 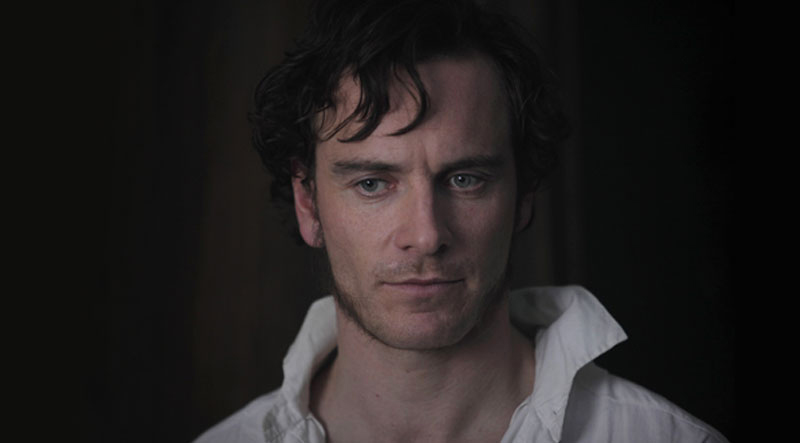 Michael Fassbender as the dashing Mr. Rochester in Jane Eyre

Cary Fukunaga’s stunning 2011 adaptation of Charlotte Brontë’s Jane Eyre, one of the great romances of English literature, was the fruit of many creative forces who were not English themselves. Fukanaga hails from Japanese-American descent. An Australian Mia Wasikowska is Jane. And Michael Fassbender, who plays the tempestuous Mr. Rochester, was born in Germany and raised in Ireland. All together, they realize the enduring beauty of the story and its characters. MovieLine’s Stephanie Zacharek points out that “Fassbender has the right kind of brooding handsomeness to play Rochester, and the performance works because he finds the character's inherent warmth without mistaking it for anything so bland as mere niceness.”

Fassbender was born in Heidelberg, Germany, in 1977, to an Irish mother and a German father. When he was two years old, his family moved back to Killarney in County Kerry, Ireland, where he discovered his rich Irish legacy. His family lore connects him on his mother’s side to the great Irish patriot, Michael Collins. Fassbender was first bitten by the acting bug as a teen attending St. Brendan’s College. While the altar boy-turned-thespian “instinctively showed a keen interest in the craft of acting,” remembers his drama teacher, Donie Courtney, Fassbender also had his own distinct aesthetic. “I put on a play of Reservoir Dogs in Killarney, the town that I grew up in,” he recalls to Fresh Air’s Terry Gross.

After leaving Ireland, Fassbender went on to work with some of cinema’s best directors, including Reservoir Dogs’ Quentin Tarantino. But he never forgot his Irish roots. In 2016, Killarney officially made him a hometown hero when they presented him with The Order of Inisfallen, an honor Fassbender gratefully acknowledges, saying, “it’s only because of this town and its people that I am in a position to receive this award."