In Paul Thomas Anderson’s Phantom Thread, famed dressmaker Reynolds Woodcock (Daniel Day-Lewis)––whose fashion house is run with firm dominion by his sister Cyril (Lesley Manville)––creates one-of-a-kind gowns for the crème de la crème of English society. While the story and characters spring wholly from Anderson’s imagination, the film’s world recalls the post-War period when London designers re-invented glamor for a modern world. “There was something fascinating to us about the idea of England emerging from the war years, amid austerity," explains Day-Lewis. To bring Woodcock’s time and world into focus, we highlight four remarkable designers whose style and spirit are woven into the fabric of Phantom Thread.

Cristóbal Balenciaga | The Master of Us All

“I generally didn’t have that much knowledge or interest in the fashion world until I started finding out a little bit about a guy named Cristóbal Balenciaga,” acknowledges Anderson about the man who sparked his imagination. Crowned “the Master of us all” by Christian Dior, Balenciaga came from humble origins in Spain to become one of the most revered fashion designers of the 20th century. While he opened his first fashion house in Paris in 1937, his business and fame really exploded in the post-war years when he refigured the fashion silhouette. A deeply private man and an artistic perfectionist, Balenciaga dressed such stars as Grace Kelly, Audrey Hepburn and Jackie Kennedy. 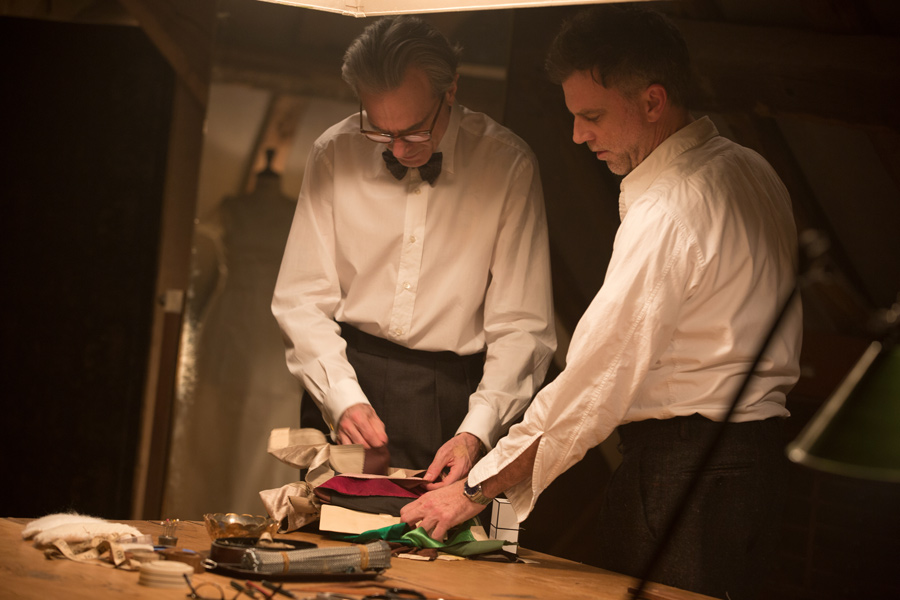 To prepare for playing Woodcock, Day-Lewis actually learned how to cut a Balenciaga gown

To prep for Phantom Thread, Anderson and Day-Lewis studied the work of Charles James, the man who Balenciaga boasted was the “only dressmaker who has raised dressmaking from an applied art to a pure art.” Born in Britain, James started his career in America, identifying himself rather grandly as a "sartorial structural architect” rather than designer. In 1936, he returned to London to establish Charles James (London) Ltd before moving his firm to New York City. Dressing America’s fashionable upper class, he always considered his creations more important than his customers. The New Yorker’s Hilton Als summed up his genius by noting, “with James, always, the primary love affair was between himself and his creation." 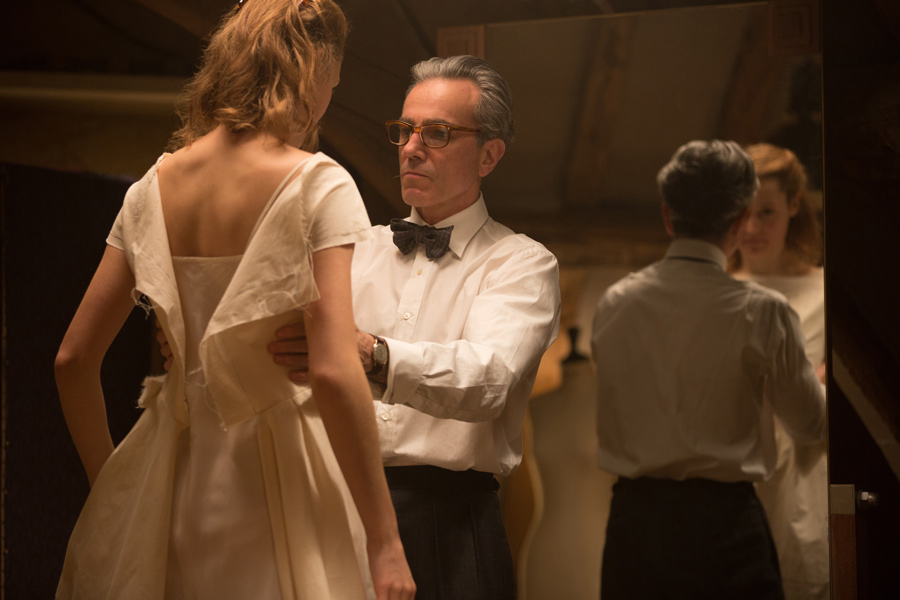 Like James, Woodcock prizes his creations as works of art in Phantom Thread.

While the great London couturier Norman Hartnell does not appear in Phantom Thread, two of his seamstresses do. “We met them while doing our research,” explains production designer Mark Tildesley. “Paul said they have to be in the film.” After attending Cambridge University where he learned his trade designing theatrical costumes, Hartnell turned to high fashion. In the twenties, he set up his couture house with sister Phyllis running the business side. Going from dressing the Bright Young Things in the twenties, movie stars and society ladies in the thirties, he emerged in the post-War period as one of England’s most distinctive designers, even creating Queen Elizabeth II’s coronation gown in 1952. 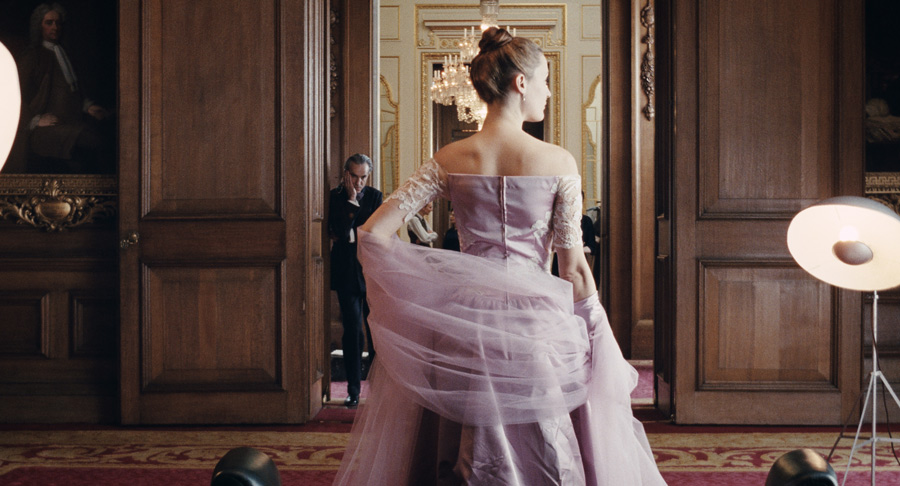 Woodcock followed the English tradition of small fashion houses where production and display happened under one roof.

“I was learning about a lot of the head designers had sisters who ran the business," recalls Anderson about his research for Phantom Thread. "This includes [Hardy] Amies in the earlier decades of the last century.” After a brief stab at being a journalist, Amies found his way into fashion just before World War II started. Working as an intelligence agent assisting the Belgium underground, Amies snuck his love of style into his spy work by often using fashion accessories as code words. In 1945, he set up Hardy Amies Ltd. in a townhouse on Saville Road with his sister Rosemary handling the day-to-day operations and business side. He quickly became the go-to designer for women looking for chic, modern couture. Overtime he expanded his business, launching a menswear line, designing uniforms for British sports team, and even creating the futuristic costumes in Stanley Kubrick’s 2001: A Space Odyssey. But his most famous honor came in 1955 when he was made the official dressmaker to Queen Elizabeth I. 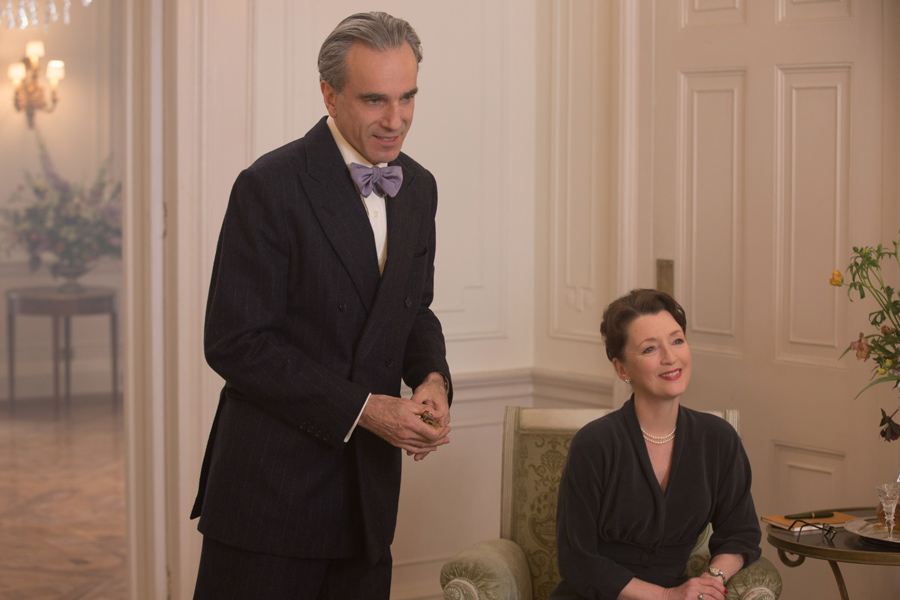 Like with other British designers, Woodcock's sister Cyril (Lesley Manville) manages the business and operations side.